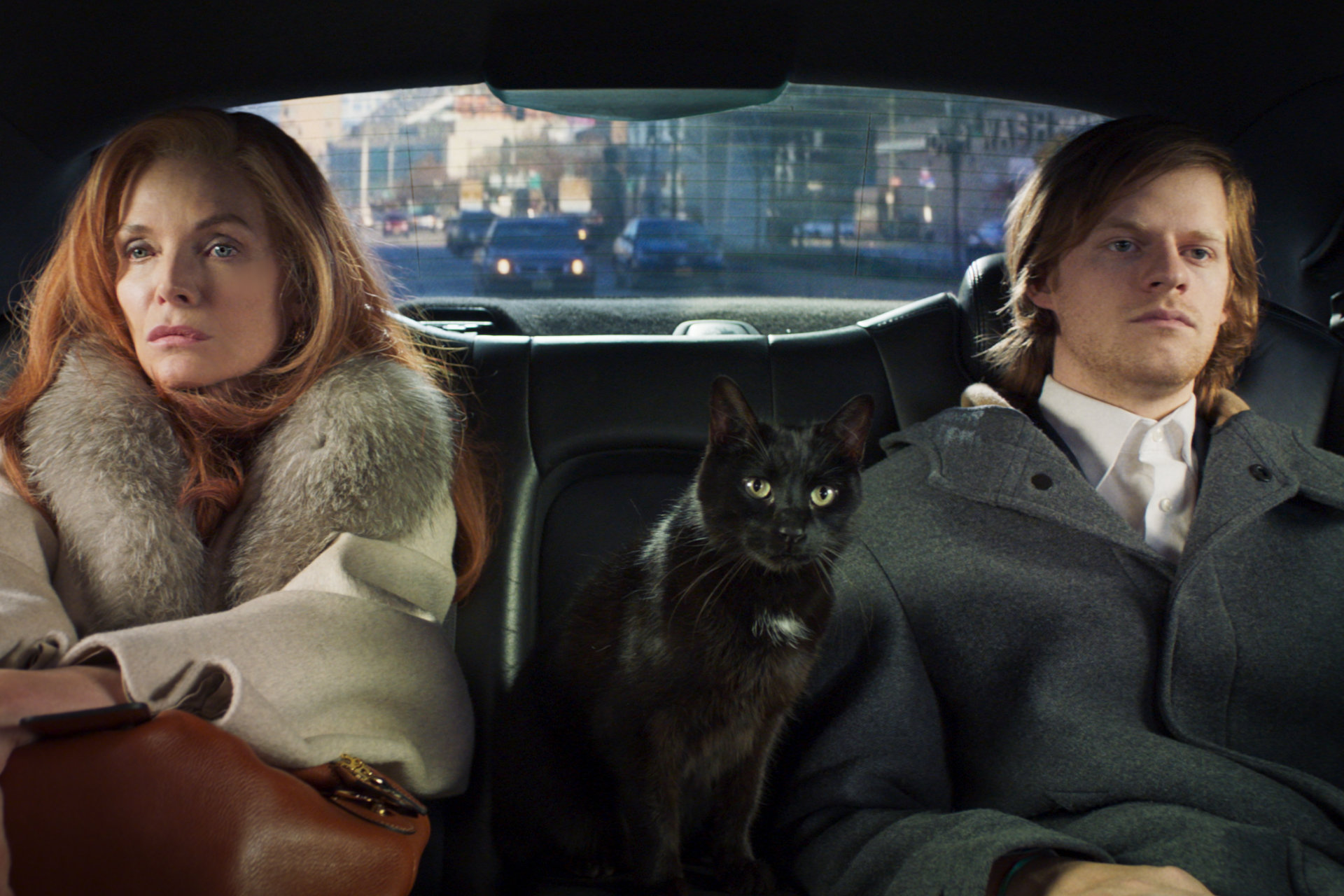 Azazel Jacobs’ new dramedy French Exit feels like a film out of time, being a depressed echo of a screwball comedy like Cukor’s Holiday, one that brings to the forefront bitter tastes that were less vivid in the original concoction, and it would have, perhaps, made a mint at the box office had it dropped at a time when its particular brand of quirk dominated small screens, in, say, 2007. I don’t mean that in an insulting way: Dozens of films like this escape from distributors like Searchlight and Sony Pictures Classics each year, and few are able to boast that they’ve got as much at their disposal than this one does. It has some clever scenes, decent laughs, and a per-usual wonderful performance from Michelle Pfieffer, but it ultimately feels slight, at a bizarre remove from audiences who may wish to care but find themselves rebuffed at each turn.

Adapted by Patrick deWitt (who penned the fantastic novel that The Sisters Brothers was based on) from his 2018 novel of the same name, French Exit documents the travails of Frances Price (Pfieffer), a formerly-wealthy heiress who may or may not have killed her husband; her son, Malcolm (Lucas Hedges), a disaffected loner who loves his mother but doesn’t have the courage to tell her he’s engaged to a young woman named Sophie (Imogen Poots), being content to follow her mercurial meanderings in lieu of making a life of his own; and Small Frank, their cat, who the pair believes carries the spirit of the Price patriarch, as they make their way to France from Manhattan after squandering their fortune. A kind friend has offered them refuge in a rarely-used Parisian apartment, and Frances sees it as her chance at a perfect ending: She always said she’d die when the money ran out, and, after selling all their things, she now has it all in front of her in a quantifiable amount — a definite ending. Along the way, they’ll meet a series of colorful characters: a passenger-ship psychic (Danielle Macdonald) who has an uncanny knack for knowing when folks will die, a friendly private investigator (Isaach de Bankole), and Mme. Reynard (a lovely Valerie Mahaffey), a kindly, goofy widow and fellow ex-pat who desperately wants to be pals with the Prices.

Watching French Exit, one gets the sense that deWitt’s novel would, perhaps, both be funnier and more introspective in the way that is often typical of adaptations, and being the cultural philistine I am, I’m sorry to say that I haven’t had the chance to read it since it released back in 2018. Presented to us by Jacobs, however, the story becomes somewhat Wes Anderson-like in its semi-ironic detachment from its emotionally distant yet full of sadness characters, or Ashby-like in its satire of flagrant, isolating wealth colliding with broadside reality. The difference between this and, say, The Royal Tenenbaums. though inspired by novels, was ultimately made solely for the screen, and its characters’ inner lives are illuminated in specifically cinematic ways, be it a poignant music cue at a slow-motion moment or through the hyper-stylization of the setting in which they inhabit. Jacobs, instead, presents to us a series of Pottery Barn showrooms and gray graffitied canals, perhaps meant to imply depression in their anonymity and bleakness, but ultimately it demonstrates the safety of that approach.

That odd plainness and quiet extend beyond the film’s visuals and informs the thematic whole of French Exit, outside of a few inspired scenes in which it comes truly alive, such as a mid-film seance where Pfeiffer, Hedges, and her motley band of weirdos attempt to contact Small Frank and soon engage in a pseudo-domestic dispute with the booming voice of Tracey Letts, but they’re fewer and far in-between than you might hope. Then there are the thorny issues buried within Pfeiffer’s suicide plot, as both Jacobs and deWitt don’t have the courage to hit the end of the story on a true bummer note (it instead ends on a surprisingly poignant flashback, which is as solid as a dodge as can be had in these circumstances), and, regardless, I imagine the thematic notion of a “whimsical suicide” is a little less palatable to modern indie-circuit audiences than it would have been 10 or 15 years ago, given how little it matches up with reality. Again, I concede that the book may deal with this better, and one more informed than I will likely see more of that depth reflected in their viewing of the film, but there are many viewers in a similar situation to my own, unequipped with the prior knowledge of these characters.

Perhaps that’s why Pfeiffer and Mahaffey hit their marks so well: They’re the only people involved in the production who can see this for the screwball comedy that it so desperately wants to be down in its core, who bring a sense of joie de vivre to an otherwise exhausted sigh of a film. That’s saying something, given that the former is supposed to be straight-up suicidal, and perhaps Jacobs is somewhat successful in illustrating how hard it would be for these characters, no matter how long they’ve known one another, to lack her in their lives. But I’m not quite sure that we’re given enough to make that resonate as well as one might like it to, and French Exit ultimately feels incomplete in unintended ways, as occasionally pleasant as it may be.