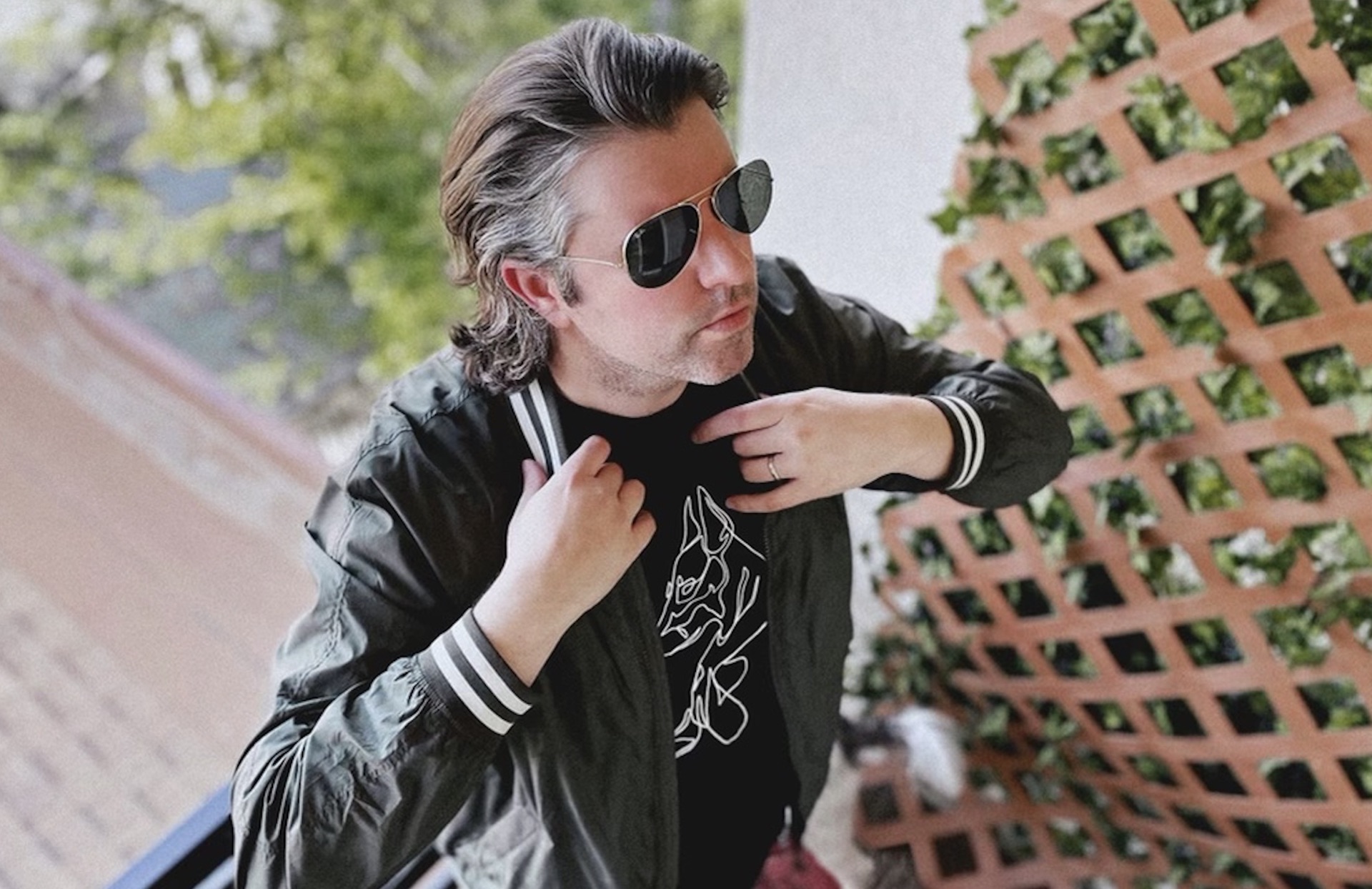 Danny Carney doesn’t write music, he “goes full Brian Wilson on this shit.” Danny Carney calls himself difficult and gets the willies from lame solo artist names. Danny Carney has re-embraced DIY and has no one to blame for musical output but himself.

And Danny Carney just made one of the best rock albums to come out in a long, long time.

Following his work with Roll The Tanks, which were signed to Epitaph, the Lowell-gone-Los-Angeles artist returns to solo work with Blizzard of 82, released under the highly-unforgettable title “Danny Carney Chainsaw Symphony.” His music video for “Trapper Keeper” dropped at the end of last month, marrying his gritty garage rock with some MoMA-lookin’ visuals.

“We shot it in Norway on a glass farm,” he tells Vanyaland. “The actor on the motorcycle is Dolph Lundgren’s daughter. Actually I should stop. Truth is, I found that footage in a stock library. Best $200 I’ve ever spent.”

(We neglected to mention that he fibs sometimes, too).

Carney penned “Trapper Keeper” in one sitting, an admittedly rare feat for him; “My approach to songwriting is normally stubborn and steeped in complication,” he notes. He also says the song contains his favorite lyric he’s ever written, but he won’t divulge which one, hence that aforementioned “difficult” descriptor.

“’Trapper Keeper’ was always intended to start side B. It’s a palate cleanser,” Carney adds. “It’s a demented heat check wrapped in a boomer prom song. Side A ends with this severely-80s-sounding upbeat number, and ‘Trapper Keeper’ has a distinct 60s vibe to it, almost disarmingly so. Once it kind of took on that vibe I just tried to make it as Kinks as possible.”

Where “Trapper Keeper” musically rewinds time, so does Blizzard of 82 as a whole. Combined with Carney’s 2020 EP Songs That Clowns Hate, the projects revive his solo work from the early aughts and bring him back to his days rooted in DIY. As a nod to his Mill City roots, Blizzard of 82 is only available in New England at Vinyl Destination in Lowell.

“It also feels good to have come full circle and be fully DIY again,” he says. “Gone are the days of labels, lawyers, and publicists (and sadly, touring). So to finish recording a record on a Friday, and then release it the following Monday is very liberating. And if shit doesn’t get done, I have no one to blame! It’s all very cathartic and humbling.”

And, despite the record’s audacious approach to straight-up hard rock, it never veers too close to vanity.

Carney’s still not too humble to make a clear stance on solo project names, though.

“I tweaked [my] moniker a bit because there’s just something so inherently lame about people in bands going solo and all of a sudden it’s just their name,” he chides. “One minute you’re touring the world in your band ‘Brash Daggers’ and then all of a sudden you’re into Americana and your stage name is just like ‘Doug Gordon.’ It just gives me the willies.”

Watch “Trapper Keeper” and tune hit play on Blizzard of 82 below.