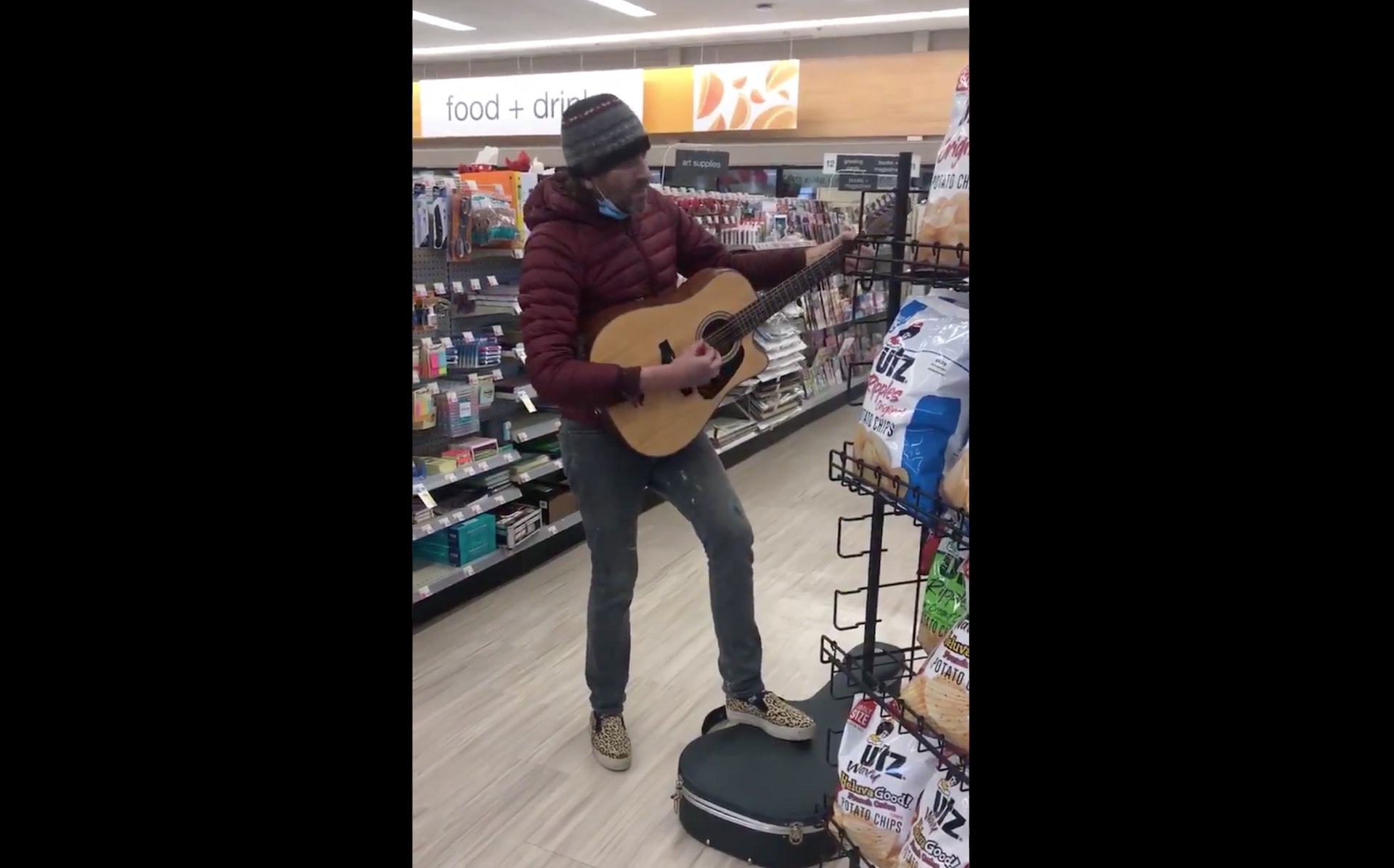 “My Drug Buddy” became “My Drugstore Buddy” this week as Evan Dando rewarded a Cape Cod Walgreens with an impromptu performance of “Confetti” — right near the office supplies and a big display of Utz potato chips.

The Lemonheads frontman played the It’s A Shame About Ray song in the store after the Walgreens, located in Falmouth, Massachusetts, returned Dando’s lost wallet. Dando tweeted on the morning of February 27 that he “dropped my wallet with my drivers license and two debit cards in it,” adding that he was “walking from the mariner hotel to the palmer lot… please have a look if you are on them streets.”

Walgreens employee Mike Ghelfi tweeted back 12 minutes later, writing: “I work at Walgreens in Falmouth and your wallet was just turned in to us. I’ll keep it in the office safe until you can get it.”

This Twitter story has a happy ending, as Dando, no doubt feeling “Down About It” and “Rudderless,” took a “Rockin Stroll” to the ‘Greens to retrieve his wallet. “Rest Assured,” Ghelfi and the crew had it, and were probably like “You Can Take It With You” when they handed it to him. Dando liked “Being Around” the store so much he gave the staff an impromptu performance; “It’s About Time” we got a feel-good story here in 2021.

“Just had a special guest appearance at Walgreens by artist @Evan_Dando (lead singer of the group the Lemonheads),” Ghelfi tweeted yesterday (March 1) with a short video of the show. “Thank you Evan, you sounded great as always!”

Watch it below, and remember, when you’re eligible to get that COVID vaccine, Walgreens will gladly put one “Into Your Arms.”