‘Tom and Jerry’ Review: Not good, not bad, just bland 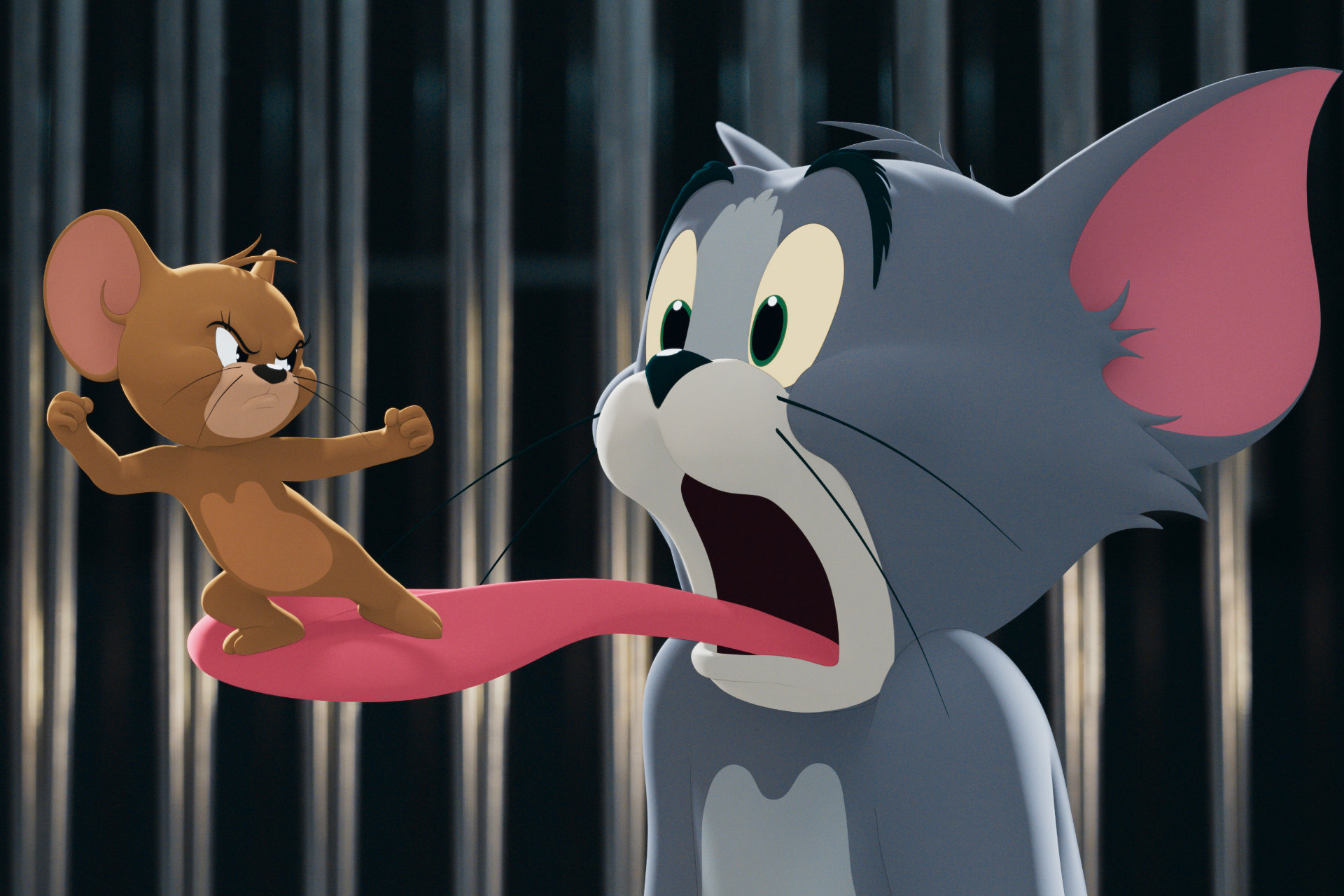 Getting mad about a shitty live-action/animation hybrid reboot of Tom and Jerry in the IP-driven world we find ourselves in the Year of Our Lord Two Thousand and Twenty-One feels somewhat like being frustrated that it’ll be cold in winter: Them’s just the facts at this point, and there’s very little you can do about it aside from praying for slightly warmer weather. It’s easy to understand why a company like Warner Bros. would return to this well: The cat-and-mouse cartoon duo has remained a steady third behind the Looney Tunes gang and the Disney stable in terms of their sheer iconography since their debut in the days of hand-drawn technicolor animation, and in an era in which people are buying their tickets (or pressing play on HBO Max) on the assurance that they will have the comfort of the familiar on-screen, it’s somewhat surprising that they didn’t do this years ago. Well, at least in the nearly 30-years since the first Tom and Jerry: The Movie, if one doesn’t count the myriad of direct-to-video releases in that interim. It’s not an abomination or anything — as I’ve said before, we’re willing to make meme mountains out of molehills over pretty much anything these days — but it is just not particularly worth one’s time, unless you desperately need to entertain your kids.

You know the set-up, of course: Tom the cat (himself), a rambunctious and wily tabby, wants to eat Jerry (himself), an intelligent and resourceful little mouse. It truly is a tale as old as time at this point, but this Tom and Jerry dispenses with the housebound antics of the shorts — no, in this version, Tom is a wannabe musician, pretending to be a blind pianist for pennies in Central Park, while Jerry is on the hunt for his perfect bachelor pad. After an initial encounter in which Tom’s precious keyboard is smashed and all sorts of havoc raised, which causes a bike courier, Kayla (Chloe Grace Moretz) to lose her job after the cat crashes into her, the pair find themselves at one of Manhattan’s fanciest hotels, along with Kayla, who lies her way into a temporary administrative position that she’s nowhere near qualified for. She attracts the scrutiny of their events manager (Michael Pena), who has a massive wedding to prepare for, but Jerry’s got other ideas: he sees a home, and makes himself a perfect little apartment. Soon, Tom is “hired’ by the hotel as chief mouser, and, of course, slapstick ensues as the pair ruin hotel rooms and ballrooms in madcap fashion.

Very little about director Tim Story’s approach to this material feels particularly fresh (especially in the context of the man’s filmography, given that he’s evolved little as a filmmaker since he took the Fantastic Four job), and aside from a couple of key nods to modernity — Tom looking at Instagram, a motorized skateboard and drone being used in the climax — one could have seen much of this script making its way to the screen back when Kenan Thompson played Fat Albert and the likes of Ben Stiller and Johnny Knoxville were starring in adaptations of ’70s shows that had lapsed out of syndication but still remained fond, though faded, in the irony-soaked minds of Gen Xers. The actors in this film are used like bit players in Stooges shorts, even though they command more screentime, and each is misused (particularly Moretz, who is only given a few moments to show off her wit), but not embarrassingly so. The slapstick is fine and will definitely entertain kids, though adults will probably miss the pitch-perfect structure of the shorts. Again, Tom and Jerry‘s not a particularly good watch, but it’s not hideous — if you’re looking to hate-watch this because you’re expecting it to be a disaster, call off All-Star Weekend, because you’re not gonna have a dunk contest.

The only place in Tom and Jerry where I can imagine some frustration would be warranted is the rendering of the animated characters themselves. The animation/live-action approach was practically invented by the latter half of the duo back in 1945, when the little danced with Gene Kelly in Anchors Aweigh. In the interim, it’s become somewhat standardized, having been perfected in Roger Rabbit, subverted by Happy on television, and otherwise done to death by a million anonymous reboots much like this one (one could argue much of Hollywood relies on this model now in every blockbuster). The difference between your garden-variety Smurfs or Yogi Bear, perhaps, is the cell-shading applied to the CGI, which attempts to approximate the look of the classic style of the cartoons but has the opposite effect in practice: it creates a bizarre uncanny valley between the dimensions, where a viewer, having internalized the 2D appearance of the characters through childhood exposure, is somewhat jarred by their new 3D textures. It’s interesting in theory, yet ugly in practice, especially when the characters aren’t in motion. But, again, this is what the IP era hath wrought — passionless filmmaking with malice towards none and indifference to all, where the riskiest choice is to do something that might, theoretically, delight a person or make them belly-laugh.