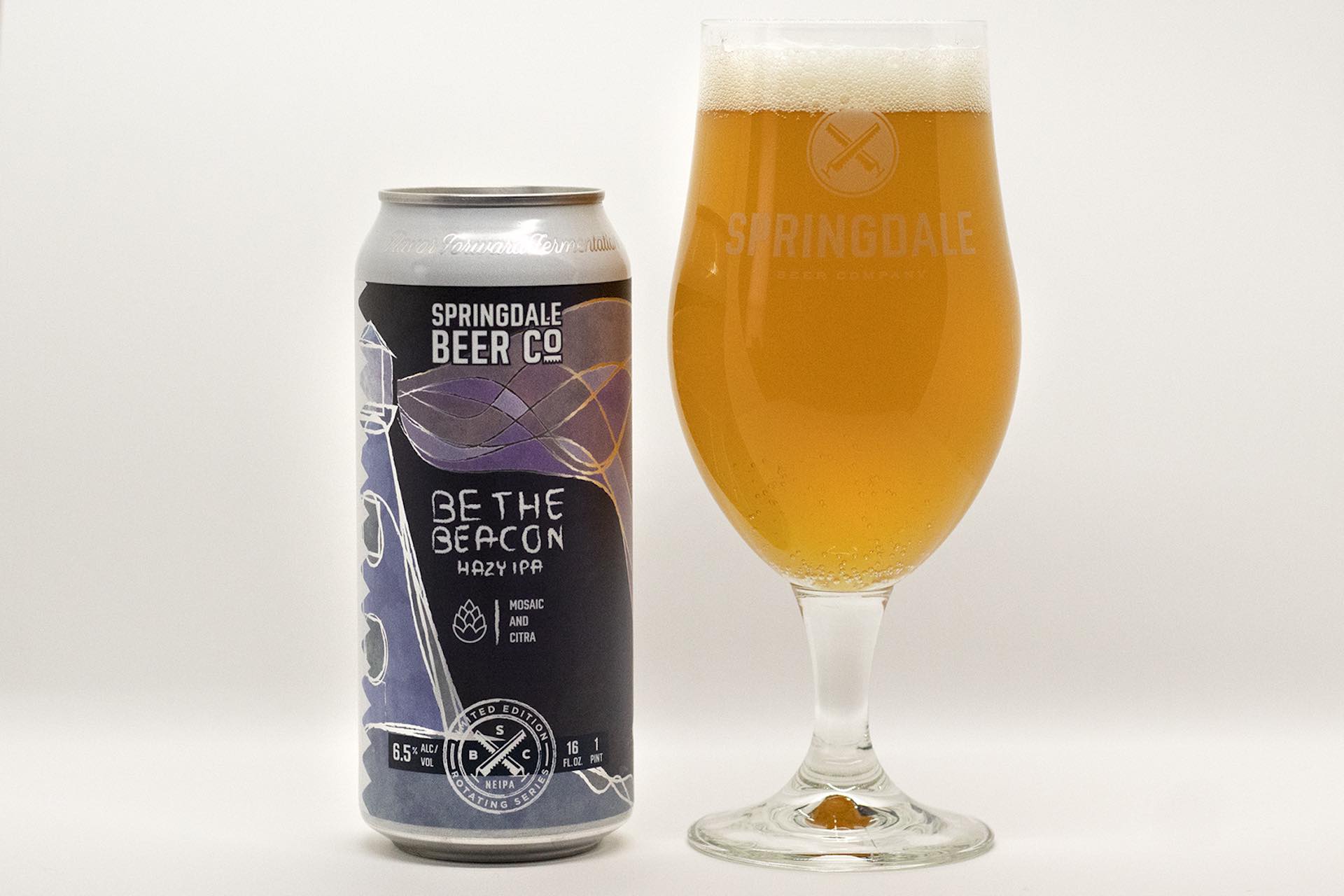 For anyone who misses the sweet sensation of crushing a beer at the bar while watching their favorite band play a few feet away, Springdale Beer Co. has an at-home remedy.

The Framingham brewery has unveiled a line of music-inspired beers for 2021, starting with “Be The Beacon,” an IPA created from the Frank Turner tune “Be More Kind.” Springdale will release a new beer every month this year, each modeled after a song from the company’s 2021 playlist.

“Many of us are musicians, and all of us spend an inordinate amount of time listening to music; it made sense to take something we were obsessed with and marry it with the creative endeavor of making beer, another, more obvious obsession of ours,” Joe Connolly, director of Springdale Beer Co., tells Vanyaland.

Beers on the horizon that Springdale Beer Co. can confirm include “Galaxy Ride” in March (“Levitating” by Dua Lipa), “Moving With The Moon” in May (“Thinking of a Place” by The War on Drugs), and “Raise Some Hell” in September (“Wonderful Hell” by War on Women). The line also includes beers inspired by Massachusetts artists, such as Vundabar, Aldous Collins, and The Macrotones.

“Making a beer is not unlike writing a song,” Connolly explains. “Sometimes there’s a single element that grabs your attention and begs to be built around. That could be a riff, or an exciting new hop varietal; your task becomes to build a supporting cast that can support and highlight that element in a unique way. For each of the artists and songs we selected, we try to grow the pearl from a single harmonious element. Sometimes it’s easy and obvious, but other times it’s a bit more subtle.”

Four of the beers will be direct collaborations with artists, involving them in the creation or release of the IPAs that were modeled after their music. According to Connolly, this input felt like a way to promote and better support artists when no one can safely tour or play “real” shows — otherwise known as a time when musicians are losing a huge chunk of their income.

“Without live music artists are looking for creative ways to reach new audiences, and since making a beer is at its heart a creative endeavor, it’s a great fit,” he adds. “Each artist is approaching it differently, and each collaboration will work a little differently. First up is Aldous Collins, with whom we’re creating ‘Spiritual Gangster,’ named for a digital tour he performed for non-profits and food banks to help support them during the pandemic. I can also share that we’re working with our friends in the Macrotones on a beer. A few of them are homebrewers so we are in the weeds of deciding how best to put their Afrobeat fusion into liquid form, and how to potentially support that collaboration with a record release. The last two are a little further out from being final, but they’re both national artists whose music we love and we’re super excited to share them soon.”

Check out February’s “Be The Beacon” beer (and salivate over the forthcoming Future-Nostalgia-inspired “Galaxy Ride” coming next week) here.