Slaine prepares for ‘When the War Ends’ inside himself 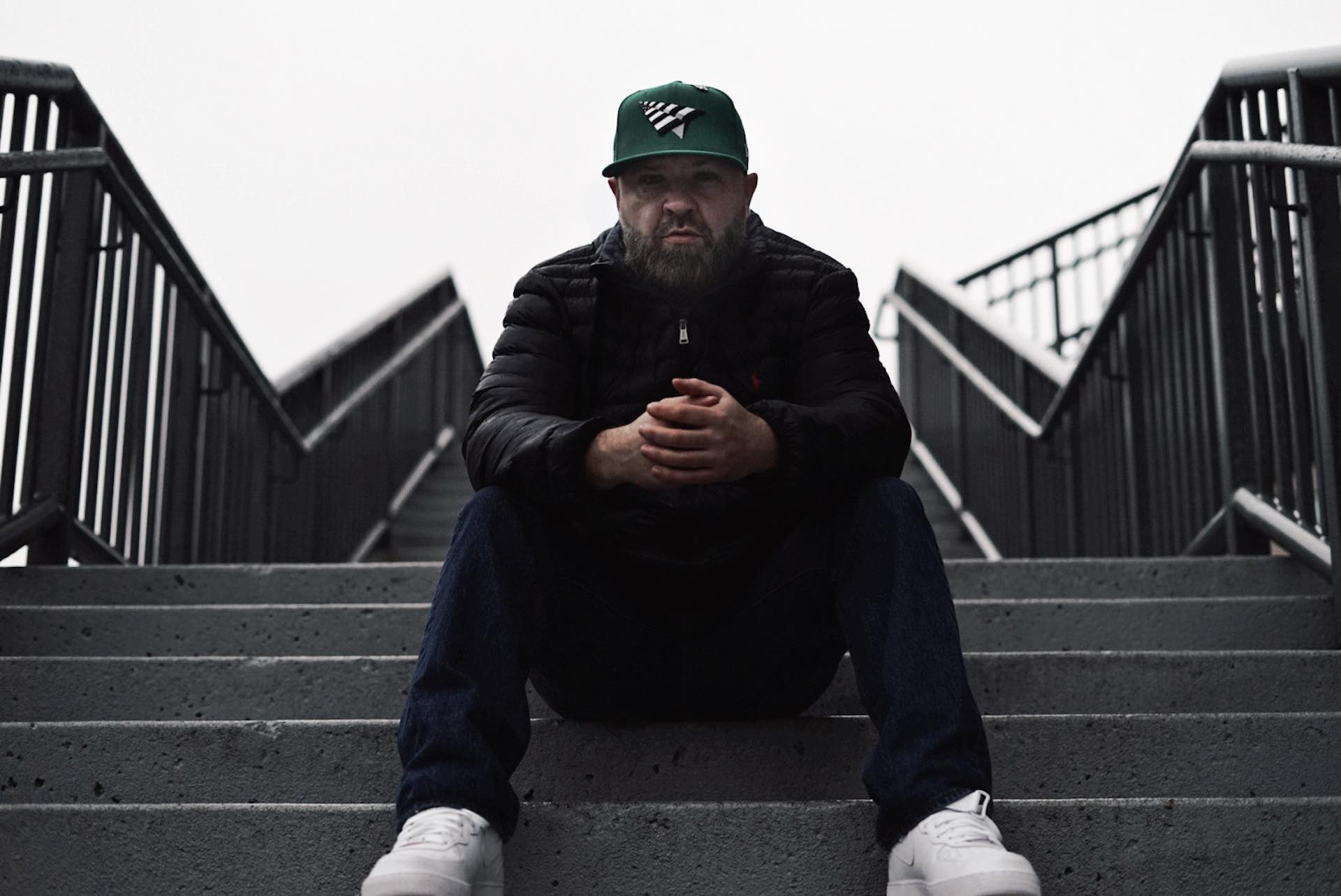 Trauma kills, and Slaine knows it.

That’s why the Boston rapper is so full of reflection in new video “When the War Ends,” a solemn depiction of the nagging, omnipresent weight of childhood wounds. Seven days after its release (February 12), it has over 61,000 views — a tell-tale sign that his message resonates with listeners who carry that emotional burden, too.

“For the video, I just had this vision that kind of represented childhood trauma following me around and ultimately killing me,” he tells Vanyaland.

The track and video start one of many important discussions within Slaine’s new record, The Things We Can’t Forgive, a pillar of strength built from enduring trauma, addiction, and recovery. His gruff style of rap carries the conversations through all 10 tracks, analyzing what Slaine calls “the hell that I hold in my heart.”

“I don’t keep a personal journal, this is it,” he says of the album. “While we were recording the music that became this album, I was in so much pain and I was really just writing this stuff to get through a day sober. Over time, it really wasn’t getting better and I kind of realized that there were some deeper things that I had to confront. I had to look at these things I couldn’t forgive in my past. This record was part of letting them go.”

As the second-to-last song recorded for The Things We Can’t Forgive, “When the War Ends” offers a birds-eye view of the entire project. Written during a spur-of-the-moment session with The Arcitype, Slaine says the track serves as an ideal introduction to everything he’s about to unpack.

“While most of the album is very visceral, and in the center of the pain of loss and grief, this one had perspective,” he notes — perspective that he hopes can realign someone else’s reality for the better, too.

“When the record was pressed up and about to come out, then I think, ‘what the fuck have I just done?’ So yes, putting stuff this vulnerable out can be terrifying momentarily,” he concludes. “At the end of the day though, its my truth and who I am and I’m good with that. If it helps someone else, even better.”