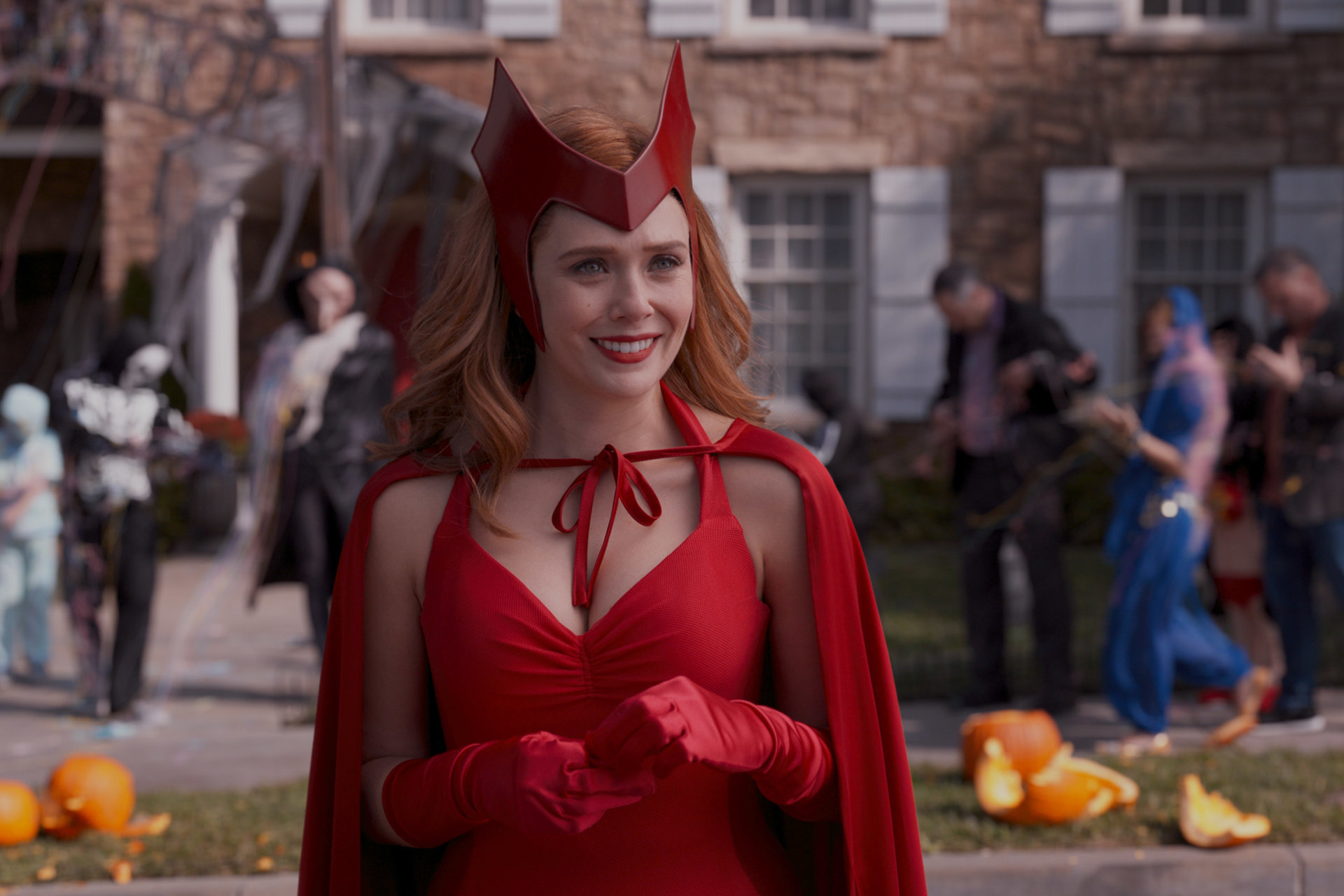 Nick Johnston: Let’s start this week off with a softball — what’s your favorite holiday-themed episode of a sitcom?

Nick Johnston: Oh, man. Are you talking, like, an actual “holiday special” as advertised, or just an episode that happens to have a holiday in it? Because I think I’d probably have two very different answers depending on the context.

You’re making this more complicated than it needs to be. I’ll go first: The Thanksgiving special in WKRP in Cincinnati is the only episode of the show I’ve ever seen, and I honestly don’t know if I should go back and watch more, out of fear that it just won’t be as good as “Turkeys Away.”

I’ll give you some for both categories: for the former, it’s a toss-up between The Star Wars Holiday Special and whatever one had Bing Crosby and David Bowie dueting on it; for the latter, it’s probably “Marge Be Not Proud” from The Simpsons. That one has some of the greatest jokes in the show’s history in it — “THRILLHO-,” Bart getting yanked out of the photo by the Loss Prevention Specialist, and, of course, Lee Carvallo’s Putting Challenge.

Well, that’s the thing — it didn’t, really. Halloween’s just a fun set dressing here, not really meant to make any meaningful impact on the events of the show itself. But, at least at the start, it was kind of fun to see nods to the characters’ comic-book costumes all the same, and it was honestly pretty funny to hear hand-wavy explanations for why they’re all dressed like that (including the twins, who are wearing similar garb to Wiccan and Speed’s gear). Apparently Sokovian fortune-tellers do dress like they’re classical burlesque stars, and Wanda’s all about luchadors, though not enough to let Vision wear a Sancho-style mask.

Quicksilver was my pick for “best-dressed,” but that’s mainly to do with that hairstyle.

Imagine the tons of CFCs that had to be put into the atmosphere in order to get that hair to stand up that straight. Now we know why the hole in the O-Zone layer was so bad.

Anyway, it was a relatively parody-light episode, even though they advanced to another era of the sitcom: the hyper-modern Malcolm in the Middle style of the late ’90s and early ’00s.

Honestly, I was actually pretty bummed about that. I’ve been pretty harsh about the sitcom parodies so far, but they took a dramatic turn for the better in Episode 5, and I would have been pretty stoked to see what the writing staff — each of whom definitely had some exposure to this type of sitcom — would have made of it. Hell, even in the context of the show itself it would have been pretty interesting to see how Wanda’s vision would have accommodated a change in perspective (remember, it’s Billy doing the fourth-wall-breaking narration here). But it’s dispatched with relatively quickly so that we can have spooky times with Vision and Quicksilver, and more drama and intrigue at the S.W.O.R.D. camp.

Let’s start with the Vision plot first — our dude is still pretty curious about what’s going on in the world around him, and he breaks sitcom protocol to go wander around the neighborhood, where he encounters two things: frozen townspeople and Agnes, stuck in her car, idling at a stop sign.

Yeah, Vision’s smart enough to realize something’s wrong, and he notices some of the smaller details — such as a tear dropping down a woman’s face, as she’s stuck in a loop while trying to hang a Halloween decoration — that gradually become bigger as he walks on through the town. And when he runs into Agnes, who’s apparently “lost” and can’t find the town square, he briefly frees her from the illusion, and she freaks the fuck out.

Perhaps the most important part of their conversation is when Agnes tells him that he’s an Avenger, and Vision doesn’t know what the hell she’s talking about, and she begins to freak out about how he’s “dead”.

It’s a weird scene. People are probably right to continue to be suspicious about her, and I think that the way her tact changes when she realizes he doesn’t remember anything is pretty telling. But, yes, it appears Wanda’s fully wiped his memories away of the outside world or, and this may be just as likely, re-birthed him into this world fully-blank and molded to fit her psychological image of him. This could be why, a few scenes later, when he tries to exit the barrier and enter the “real” world, he starts to dissolve as if he’d just been snapped.

Oh, shut the fuck up. But, back to the topic at hand, is Wanda really the one controlling these illusions? Her conversation with Quicksilver at the big shindig in the town square feels like she might just be as much of a victim here as everybody else. She reveals to her bro that she’s not actually in control of any of this and that she doesn’t know how any of it works after he acknowledges that this seems to be a little beyond her typical power-set. Do you get the feeling that Schaeffer and the writers expected that criticism?

Yes, they totally did. More importantly, however: we, once again, get corpse-vision to scare all the kiddies.

He’s dead and full of bullet holes, which I think means that he’s the MCU Quicksilver (remember, Sansa Jonas only put him in a coma in Dark Phoenix), though he could be Mephisto or whatever. But I think it might be a literal “recasting,” rather than what some others might think. I could be wrong, but I wouldn’t put all of your hopes on both Fantastic Four and mutants making an appearance in this one series. Though, if one does, I hope it’s Johnny Storm and that he brings back his Pharcyde-style rhymes.

Speaking of the Fantastic Four, let’s head back to the S.W.O.R.D. camp, where shit’s getting crazy. Our boy Hayward is starting to lose the plot a little bit, after Wanda nearly killed him, and he expels Woo, Rambeau and Darcy from the compound for not being on board with the whole “let’s try to kill this metahuman who is superpowerful” charade.

Hayward’s placing of the blame on the superpowered for letting the Snap happen is a pretty cool second-order effect of the franchise, but it’s pretty interesting that he’s coming from the Bush-era school of “if this is even a slight threat to us, we must kill it.” This ties into a theory that I’ve started to develop, too, but let’s finish the recap.

Oooh, suspense. I like it. But yeah, Monica and company hijack an armored vehicle and begin to hack into the S.W.O.R.D. computer network, and they find out that the agency has begun to track Vision’s decaying signature in the town and, also, that Monica’s genetic structure has been altered by entering “the Hex.”

Yeah, if she enters it one more time, she’s totally going to become Captain Marvel. I’m only half-kidding when I say that, too, given that she was Ms. Marvel in the comics at one point, but, yeah, that’s probably going to be the big climax — her discovering that she can manipulate energy in a way similar to how we’ve seen Scarlet Witch do it previously, and Wanda getting a new power set. But, before any of that can happen, she still has to meet up with her hidden pal, who’s on their way to help her and Woo get back into the world.

Right, and as they leave, Darcy gets captured, Vision crosses the barrier, and Wanda “comes to his rescue.”

If by “comes to his rescue,” you mean “expands the Hex’s force field so that encompasses the S.W.O.R.D. camp and a bunch of extra ground, yeah, you’d be right. It’s awesome that the S.W.O.R.D. goons are transformed into a circus, given that their whole environment is a zoo and that they’re all clowns, but it’s pretty funny that they’re still without a ringmaster, given that Hayward manages to escape. But, more importantly, Darcy’s thrown into the hex as well. Roll those seven-minute-long credits.

So, that’s the episode, I guess. What’s this theory that you’ve cooking up?

Well, it’s not much of anything and will most certainly be proven wrong — we’re not the kind of outlet, after all, that runs dumb speculation about TV shows because whatever sources we have will probably turn out to be extremely online bullshitters — but I’ve noticed a weird trend in the show, and I think it’ll tell us who Rambeau’s pal is as well as a little bit about the “reality” of the MCU.

Just spit it out, dude.

Ok, ok: If you look at the cast, everyone of note, with the exceptions of Olsen and Bettany, has starred in a sitcom of some sort. That’s doubly-true for “the real world,” where every non-extra has headlined one. Teyonah Parris? She was on Survivor’s Remorse, which aired on Showtime. Kat Dennings was, very obviously, on 2 Broke Girls, Randall Park was on Fresh Off the Boat, and even Josh Stamberg, who plays Hayward, was on fuckin’ Drop Dead Diva. By this logic, I’d wager that, instead of Reed Richards or Hank McCoy or whoever, I’d say that Cobie Smulders will probably show up as Maria Hill.

That would make a certain amount of sense, yes. But what’s this about the “reality?”

That’s where this gets into straight-up speculation territory. I wonder if the “reality” presented to us is actually just another layer of Wanda’s dream, as was rumored about The Matrix sequels forever — that Zion was just another simulation, meant to sate the needs of those too rebellious to live in the dream. It’s a different genre, of course: Instead of a sitcom, it’s a propulsive drama like 24, and that’s why they’re all gathered there. S.W.O.R.D. never existed — it’s just another series on top of a series, meant to cast shad at Agents of S.H.I.E.L.D. — and Monica and her pals are simply being manipulated into believing that it’s real. What better way to keep Wanda asleep than to give her a “real world” to fight against?

You know, I think you’re right.

Yeah, there’s a reason we don’t do that “THE WANDAVISION TWIST YOU WEREN’T EXPECTING” fan theory shit, and it’s because we’re not particularly good at it.

Hey, I never said it was smart! Just that it was a thought that crossed my mind.

Well, you should try to keep those to yourself more often. Any other final thoughts?

I wonder if we’re going to get an Office parody next week. Or, God forbid, a Big Bang Theory one. Anyway, thanks again for reading, everyone. Hope you stay safe, and, again, our apologies to Rob Bricken.

See you next week, folks.