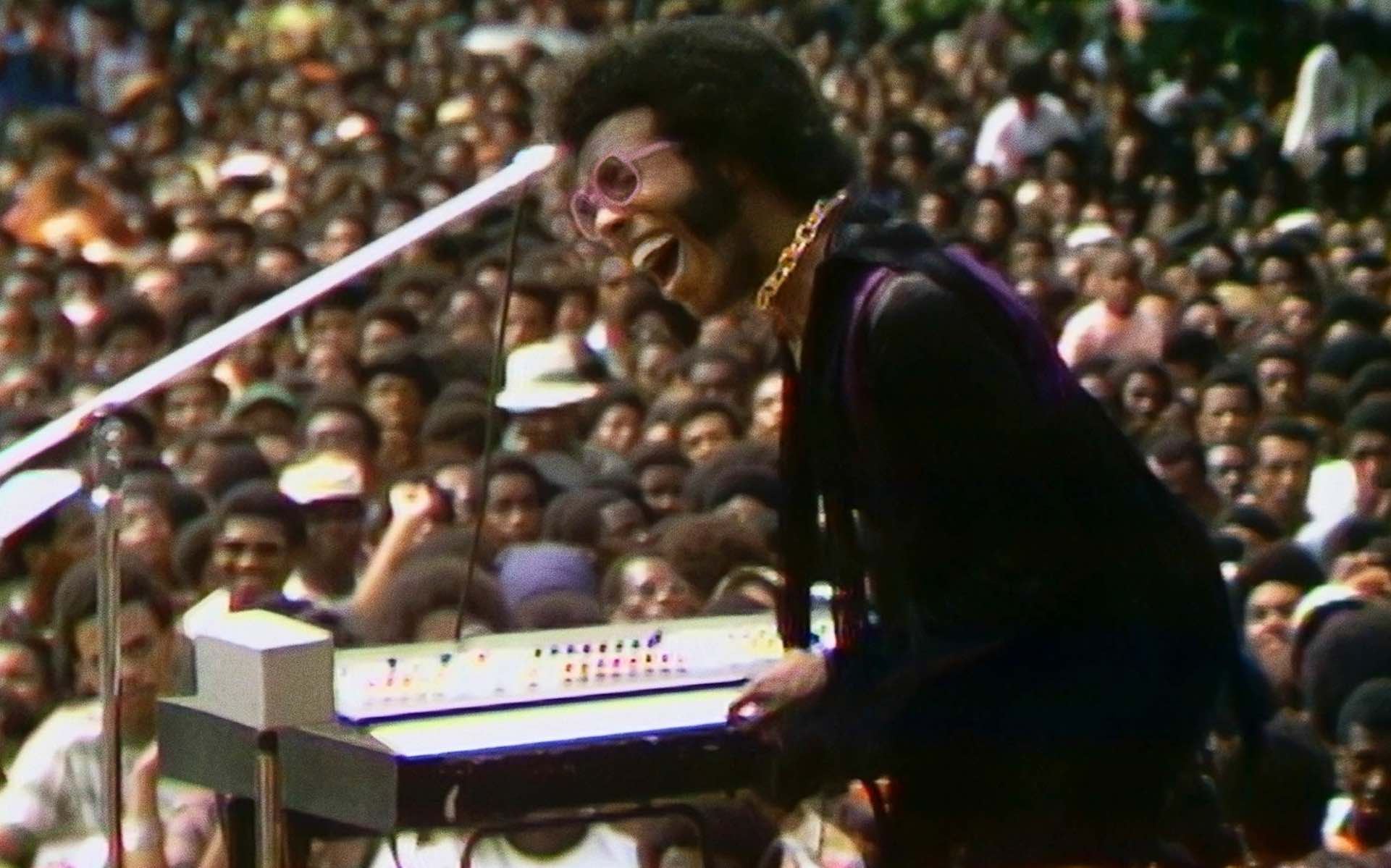 Summer of Soul (…Or, When the Revolution Could Not Be Televised) is a documentary to be treasured and savored, a lovely document of a “forgotten” moment in Black cultural history and in the history of performing arts in the U.S. Directed by Questlove (Is there anything that the dude can’t do? He’s the Bo Jackson of American music, honestly), Summer of Soul brings back to life the 1969 Harlem Cultural Festival, which occurred over a number of weekends in that pivotal summer, at the exact same time as Woodstock. According to some interviewed attendees, its organization came from a desire for cultural unity in Harlem following the unrest that had happened the previous summer, but it ultimately became the embodiment of a moment in Black history: A celebration of culture in the aftermath of tragedy as well as a survey of the important and divergent trends in music and art. But it was seemingly forgotten, and the footage was thought to be lost, until, one day, it was found. Formerly blinded by ignorance, we now can see its grace.

Similar to other recent documentaries like Amazing Grace or Apollo 11 (a comparison made all the more amusing given that one of the concerts happened on the date of the Moon landing, and a section of the film is comprised of puzzled TV newsmen polling concertgoers about their feelings about the events), Summer of Soul is primarily composed of the nearly miraculous and frequently astonishing footage of these iconic artists, made all the more poignant and painful by the fact that, like the footage in the films listed above, it was left to sit on a shelf for decades, unseen by human eyes. What was in those canisters is astonishing: Mavis Staples duetting with Mahalia Jackson during a performance of Dr. King’s favorite hymn, “Take My Hand, Precious Lord,” which, in his last moments on Earth, he requested be played at his memorial. Nina Simone leading a performance of “To Be Young, Gifted and Black,” teaching the crowd to sing it. Sly and the Family Stone dancing off the stage as the audience claps the rhythm to “Higher.”

But unlike those two movies, this footage didn’t act as a complement to a product or something that white powerbrokers considered to be worthwhile: Arethra still released a record, regardless of what Pollack did with his footage, and the Moon Landing was broadcast in every home across the country and immediately became preserved in the American consciousness. It was easy to deduce that these things had value, and should be preserved. But there was no guarantee that this footage would ever emerge, and be seen by deserving audiences. The Harlem Cultural Festival, for all of these years, was a true Happening, something you really had to be there in order to understand the deep feelings that it aroused in those lucky enough to perform or attend, and with that came inherent ephemerality — unless it was documented and allowed to blossom in the cultural imagination as Michael Wadleigh’s Woodstock did (which found an audience of eager white onlookers, curious about the hippies now that the time had passed), it was doomed to fade. And the white powers that were – producers, distributors, television stations — allowed that moment to pass. They assumed, wrongly, that there wasn’t an audience for it.

What Questlove has done here is nothing short of a resurrection, and I don’t use that word lightly. Yes, he found the footage, shot by professional crews as carefully and as comprehensively as one could at the time and assembled it into a workable, breathing document as slick as any other festival production from the same time, but he also manages to place the film in its proper context, bringing to light the changing ethoses and mores of that pivotal summer, the heat, the frustration, the joy stirred together like an intoxicating cocktail. In doing so, he heightens the comparisons between our current moment, emphasizing their similarities and dissecting the differences while allowing the viewer to make their own conclusions.

Equally important to that sense of historical and cultural context are his interviews, which never feel talking-heady like so many other docs — most of the time, he’s letting the performers and the attendees react to the footage, and capturing their emotional responses in real-time. And in those moments, you can see the depth of these feelings, and feel the full effect of what being there in Harlem in 1969 had on them. It’s the best kind of nostalgia — a semi-sweet, semi-bitter appreciation of the beauty of a moment that passed, and that affected so many people in such a pivotal way.