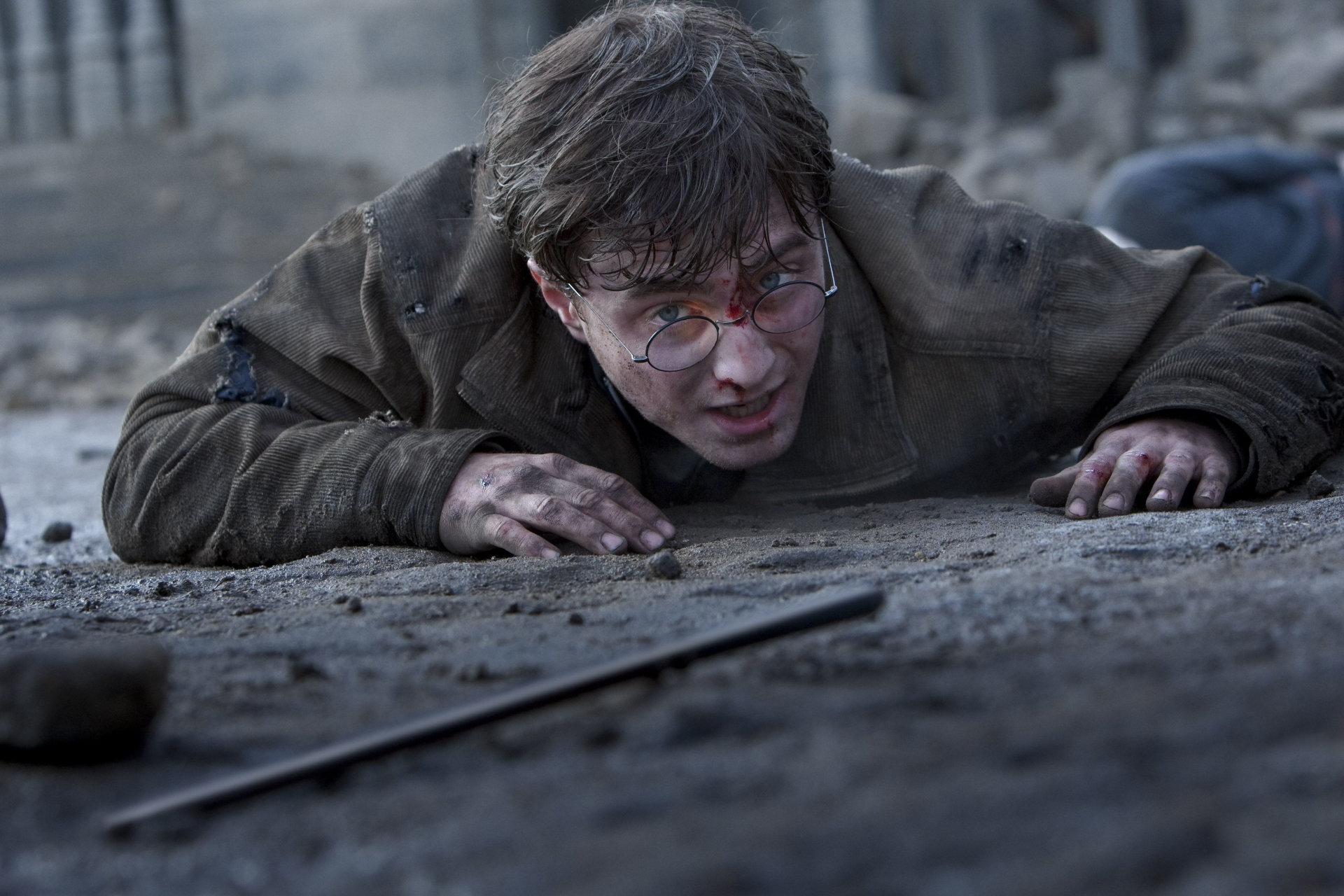 Still from 'Harry Potter and the Deathly Hallows Part II' by Warner Bros. via MovieStillsDB

To say the very least, it has been a rough couple of years for the Harry Potter fandom. They began the decade on the cloud-nine-like bliss of The Deathly Hallows films, which eventually gave way to the subsequent realization of “Oh, shit, I guess it’s really over now,” once the lights came up on Part II and the ushers started sweeping the aisles. The Casual Vacancy came out the next summer, and it planted a seed of doubt in one’s mind about J.K. Rowling’s skill, but it was quickly forgotten as things slowly started to look up. They’d be making a prequel film series based on (or should we say “inspired by”) Fantastic Beasts and Where to Find Them, Rowling was flying high as a writer of mysteries, and, finally, it was announced that the story would continue. As a play. In the West End. And, to top it all off, footage from a next-gen video game leaked onto the internet.

Disappointment soon set in. Much like every other beloved film series given prequels by overzealous studio heads, the two films in the Fantastic Beasts series were poorly received. Johnny Depp’s casting went down in flames, even before he departed the franchise. The play, Harry Potter and the Cursed Child, receives nothing but hatred from Potter fans whenever we bring it up in casual conversation. And, in 2020, fans discovered the floor could go even further. Fantastic Beasts 3 was delayed, and so was the video game, Hogwarts: Legacy, which was finally announced to hosannas from nerds around the world. And then, Rowling revealed her true colors on social media and broke fan hearts, a betrayal which nearly totally sank the franchise, as actor after actor and collaborator after collaborator rebuked her.

But, if a recent report by The Hollywood Reporter is to be believed, Warner Bros. has began approaching writers for pitches for a Harry Potter live-action TV show which, of course, will eventually debut on HBO Max. According to THR, it’s in the very early stages of production, and Rowling doesn’t seem to be involved in the slightest, which is pretty interesting. But don’t get your hopes too high up Harry Potter fans, because there’s this lengthy disclaimer following the news:

“While it’s news that executives at HBO Max and Warners are engaged in meetings to find a writer and pitch for a Harry Potter TV series, no writers or talent are currently attached as the conversations are still in the extremely early stages and no deals have been made. ‘There are no Harry Potter series in development at the studio or on the streaming platform,’ HBO Max and Warner Bros. reaffirmed in a statement to THR.”

So, yeah. Apparently the project is in sort of a “Schrodinger’s series” state at the moment — THR says it’s happening, and Warner Bros. wants you to believe that it’s dead as a doornail. Who knows if it’s right or not, but one has to wonder why this meeting didn’t happen in 2018, back when the HBO Max deal was starting to occur behind the scenes. This shows the big difference between how Warner Bros. (or shall we say AT&T) and the rest of Hollywood have approached streaming. The only streaming service who can truly be able to coast off of their catalog is, perhaps, Peacock, given that they seem to have their entire pricing structure based around The Office. Every other one has had a killer app — think The Mandalorian or even Star Trek: Discovery — and Warners was so confident that the HBO library, combined with a number of their other properties, was enough. You can see why few moved their subscriptions from HBO Now until they announced that their theatrical slate was going day-and-date on the service.

Anyway, maybe, just maybe, this’ll happen and people will be happy about it? There are certainly still enough Potter fanatics out there in the world to make a profitable venture, and, honestly, the series could probably use a fresh-set of eyes to make it feel just the same, but brand new. Stay tuned for more information, though. After all, you never know what’s gonna happen with Warner Bros. these days.