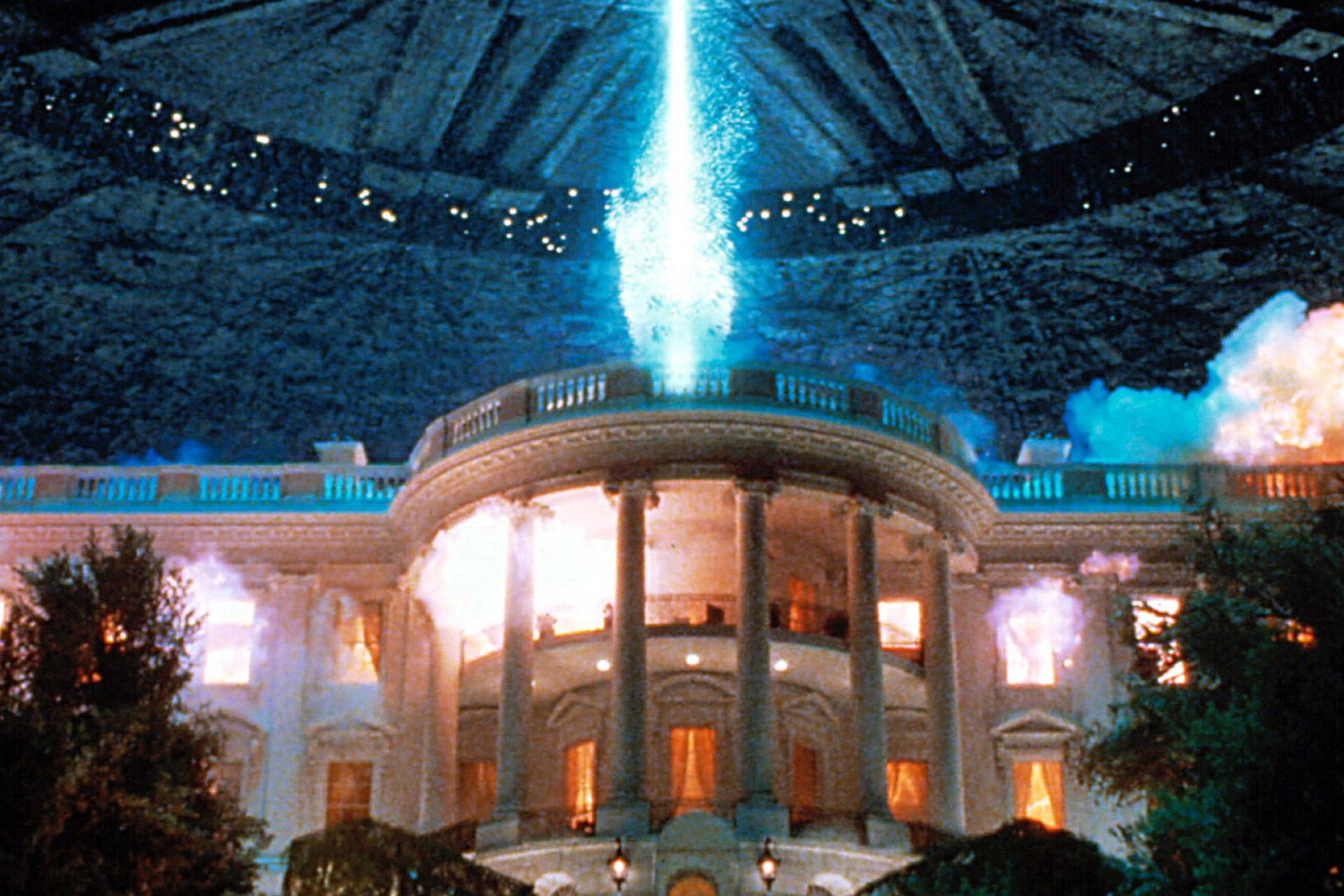 1996 was a weird and wacky year for cinema: It was full of delights and disasters, passion projects and passionless star vehicles, iconic sci-fi spectacles and The English Patient. It began with a Terry Gilliam classic and ended with Madonna playing Eva Peron. Somewhere in between, the White House was destroyed by aliens following a months-long advertising campaign, and Tom Cruise was forced to show Cuba Gooding, Jr. the money. Remember, this was the same year that Braveheart won Best Picture. It was the heart of the ’90s, and anything was possible in Hollywood.

Pauly Shore’s career reached the high-water mark, and Courtney Love delivered an award-worthy turn in a drama about Larry Flynt. Shaq and Sinbad were unwittingly intertwined in the brains of internet conspiracy theorists, and Drew Barrymore was offed in Scream like Janet Leigh in Psycho. Michael Jordan balled out with Bill Murray and Bugs Bunny, Charlie Sheen realized that the Truth Was Out There, and Arnold Schwarzenegger just wanted to get his son a Turbo Man. It was 1996, and shit was absolutely wild, as this list of 96 of the year’s most notable films (and their trailers), all turning 25 this year, will show you.

January 12: Don’t Be A Menace to South Central While Drinking Your Juice in the Hood, Paris Barclay

May 3: The Craft, Andrew Fleming

May 24: Welcome to the Dollhouse, Todd Solondz

May 31: The Arrival, David Twohy

October 4: That Thing You Do!, Tom Hanks

October 16: Get on the Bus, Spike Lee

December 24: The Portrait of a Lady, Jane Campion