‘The Witches’ Review: A mixed cauldron 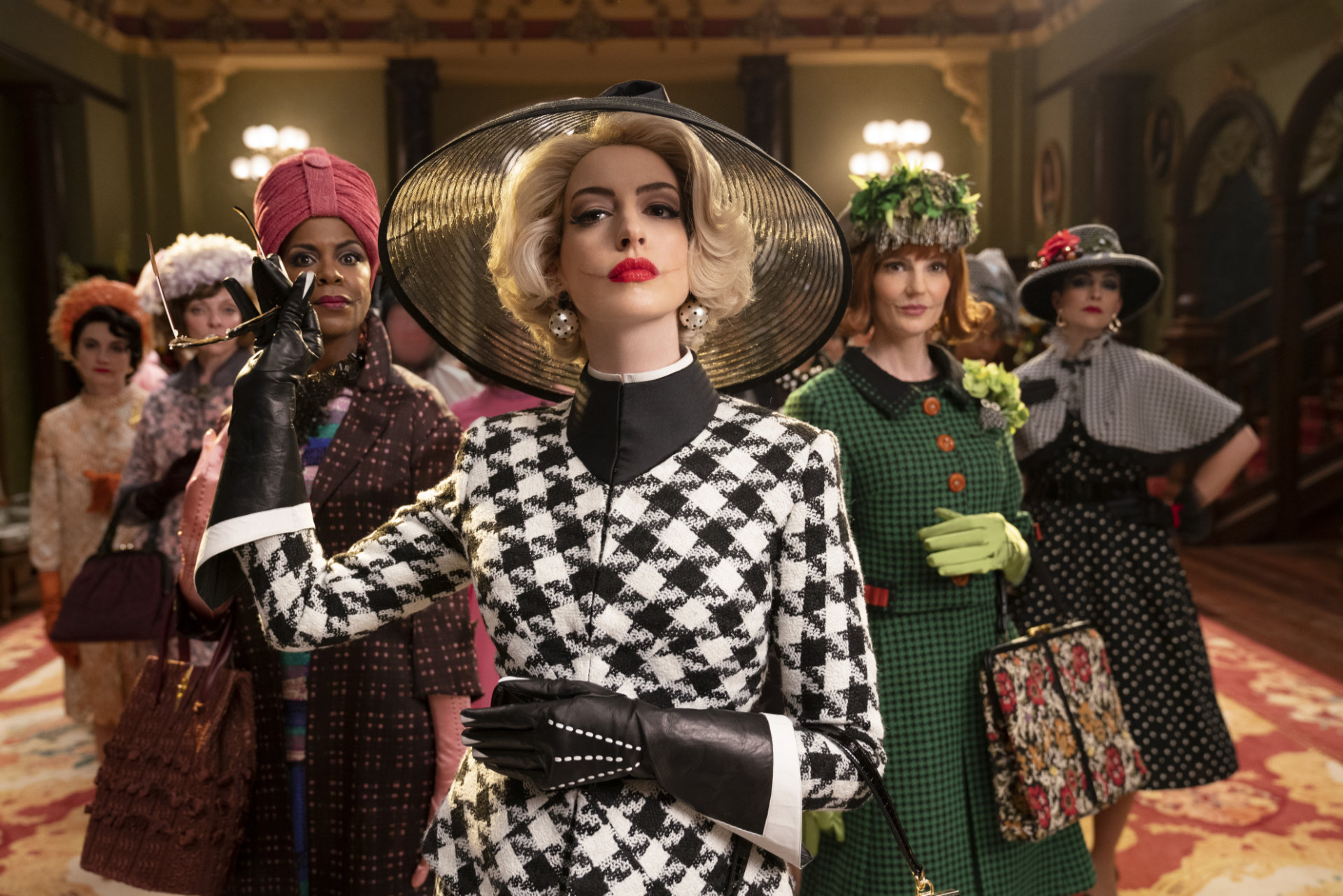 Unlike a lot of critics, I kind of admire how, post-Cast Away, Robert Zemeckis decided to devote his career to the elaborate tech-heavy construction of niche fetish objects — films that held very little satisfaction to anyone other than the person making them — even if we regularly have to suffer through them. He’s doing what George Lucas always threatened to do: Make the kind of big-budget movies that he’d always wanted to make, without regard, really, for what the market demands or what he thinks will go over well with audiences and critics. If you were the person who made the Back to the Future films and Forrest Gump, would you really give a shit what the rabble would have to say about your work? But with The Witches, Zemeckis’s new adaptation of Roald Dahl’s classic novel, it feels like he wanted to, at least, strive to reclaim some of the child audience that he’d lost since he’d abandoned the full-motion capture trappings of The Polar Express and A Christmas Carol, which defined his output in the aughts. And, well, it’s somehow both better and worse than you might expect it to be.

If you’re familiar with The Witches, you probably either read the novel or saw Nicolas Roeg’s 1990 adaptation of the film, which is legendary for being not-appropriate-for-children despite being marketed to them heavily (that, of course, is what happens when you employ the man behind The Man Who Fell To Earth and Don’t Look Now to make a movie for kids). The details, here, are mostly the same: After his parents are tragically killed in an accident, a young man (Jahzir Kadeem Bruno, whose character here is nameless, surprisingly) moves in with his grandmother (Octavia Spencer) and discovers that child-hating witches exist and are among them, who plot to rid the world of little ones. The pair head on vacation to a seaside hotel, where they discover that the resort is also home to a gathering of witches, led by the Grand High Witch (Anne Hathaway), who are currently plotting to buy up candy stores and poison children with a potion that will transmogrify them into mice, who them, presumably, will be exterminated by those around them. The boy, alongside a chubby friend named Bruno (Codie-Lei Eastick), is transformed into a mouse himself, and the pair will have to work with his grandmother in order to stop and defeat the witches before they can release their potions to the world.

What’s different is practically everything about the setting, which has been transplanted to rural Alabama in the ’60s, which allows fun touches such as the supernatural-minded grandmother, played by Spencer, to have a knowledge of voodoo magic and healing but mainly allows Zemeckis to indulge himself in practically every way — Southern gothic finery adorns the walls and floors of the detail-ridden resort his characters inhabit, the costumes are bizarre and colorful, and boomer needle-drops nearly overwhelm Alan Silvestri’s solid score — while also helping to up the theatrical nature of this adaptation. Most of the cast benefits from this goofy atmosphere, including Hathaway, who is so broadly wild here that it’s hard not to have a decently fun time watching her on screen, as she throws about twenty different accents into a pot and mixes them together until they’re unrecognizable. What her character lacks in style, compared to Roeg’s film, she makes up for in presence. But even that can be a little too much of a good thing, and the performance does ultimately wind up feeling like she’s (talentedly) flailing her arms in search of some direction.

The script, which Zemeckis co-wrote alongside Black-ish creator Kenya Barris and Guillermo del Toro (which, honestly, he should have directed instead, even if it’s hard to find traces of his style in the writing), is surprisingly smart: it preserves much of what makes Dahl’s tale so much fun and spooky while adding its own particular Southern flavor to the proceedings, and, chiefly, manages to keep a variation of Dahl’s original ending to the film. I tend to prefer adaptations that swing for the fences as opposed to ones that follow their original text’s specification like they’re quoting scripture at a revival, so I was quite open to the changes made to the plot and to the setting. Somewhat disappointingly, the added dimension of race isn’t explored as heavily as you might think (especially given how heavily it pushes against the beliefs of the text’s original author) beyond references to the “less dead” and an acknowledgment of the cultural contrasts between the UK and US in terms of how race, not only class, separates the staff of the hotel from their guests, but the fact that it’s there at all makes it markedly more interesting than a straight remake of Roeg’s interpretation of the film, regardless of whether or not it’s wholly successful. The hints of Barris’ comedy in the dialogue are welcome additions to the already-cute and inviting exposition that litters this story, though there are a few moments wherein which it just feels a bit overwritten, especially in the narration, delivered to us by Chris Rock, who is both miscast and shouldn’t be in the film in the first place.

Rock’s presence is a clue as to why Zemeckis’ take on the story doesn’t work quite as well as it should: Roeg’s film never needed narration because it was intended to be experienced by children alongside the child protagonist, not through the eyes of an adult looking back on the adventures that they shared with their grandmother. That perspective gave the first adaptation a visceral quality when paired with the Henson Company’s terrifying designs, and caused it to rightfully take its place alongside Poltergeist, Temple of Doom, and Return to Oz as movies that probably scarred millennial children for life after being rented by a less-than-attentive parent. Here, we’re distanced from it, with the realization that things are probably going to be ok — after all, ghosts don’t typically narrate their stories in children’s cinema, unless they’re named Caspar — given that Rock’s present at all, and the CGI looks fake enough at all times to add a layer of safe unreality to the supernatural happenings on the screen (the sets, with their exaggerated period finery, add another, as opposed to Roeg’s, which grounded it in a contemporaneous and reasonably recognizable environment to children of that day and age). And when I say it looks fake, it also happens to look bad: the witches themselves are in their primal form are devoid of the imagination and subsequent the tactile disgust that defined Roeg and Henson’s collaboration, and, when the children are turned into mice, they’re explicitly CGI cartoon creatures, rather than the weird (and very cute) little puppets, who look here like rejects from G-Force.

Zemeckis must have been heartbroken when Warner Bros. told him that they were putting this film on HBO Max instead of the fall tentpole that they’d clearly planned on it being in a pre-COVID world, and I’m honestly quite disappointed that we never got a chance to see The Witches in theaters. You can clearly see moments in the film that were designed for 3D, such as an extended bit where Hathaway elongates her boney arms to reach out and grab Spencer, which probably would have been funner, in theory, had it been glimpsed in its proper format. That might not have made much of a difference, all things considered — a bad effect is a bad effect, and, indeed, not being able to see the seams when you’re watching it at home is a marker of good-quality effects work — but one can only wonder how it would have played removed from the confines of the home theater. All I know is that Roeg’s version can still pull the same type of bizarre disgust and wonder out of viewers nearly 30 years later, and that Zemeckis’s The Witches might entice audiences with just how different is in appearance but have them reaching for the remote by the half-hour marker.