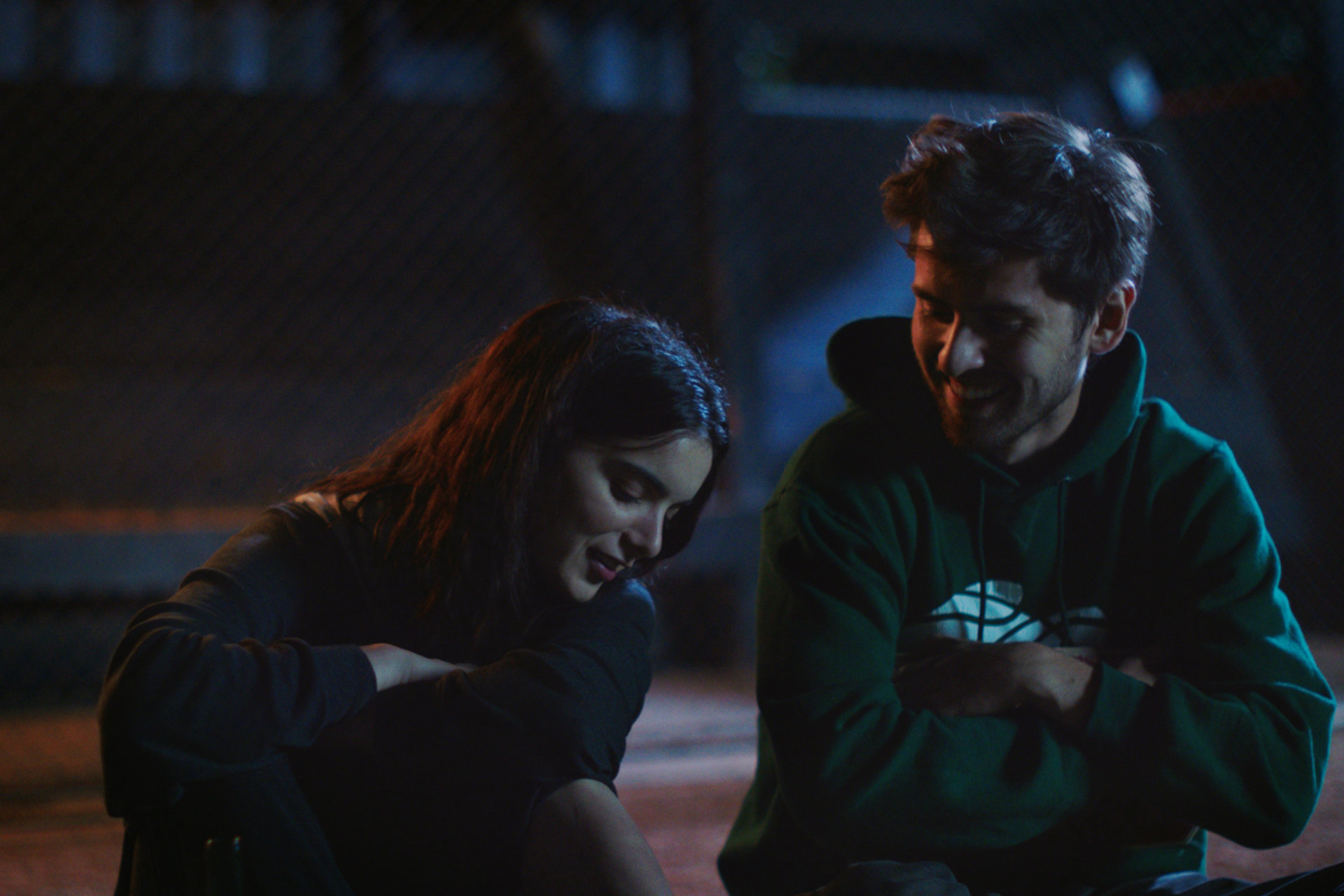 There’s a fundamental disconnect from the college experience — a fraught and deeply weird time in a young adult’s life — as it is lived and how it is depicted in cinema. Sure, people get white-boy-wasted on Natty Ice and Mad Dog at house parties and try to get laid in both, but there’s a glamor about it in movies that is just absolutely unrealistic, perhaps being a reflection of how we want to remember these surprisingly foundational moments in a person’s life rather than how they actually were. This applies mainly to the detail — my blood pressure actually kind of rises when I see these vast estates masquerading as low-rent frat houses in, say, Michael Bay’s vision of college in Transformers: Revenge of the Fallen, full of stripper poles and models grinding on them, or dorm rooms bigger than the apartment in fucking Friends — but also applies to the narratives we tell ourselves and seek out about it, too. We’re conditioned to view college social life like that, thanks to our media reflecting our cultural expectations at large, and are disappointed when our lives don’t live up to those lofty expectations and we wind up with another boring-ass Friday night without a good story to tell, staring at our phones. And, even when we do, it’s best to memorize the concise version of a night out, like “I got fucked up and shat my pants in the dorm room after the party at Phi Kappa, bro” rather than “I cried in my friend’s arms about how we’re all gonna die one of these days before I shat my pants in the dorm room, bro.” Cooper Raiff’s Shithouse is an admirable attempt at capturing the latter, and it’s a lovely little film, that I’m sure current students (and honest adults) will relate to deeply.

Raiff, who also directed, wrote, co-produced and co-edited the film, stars as Alex, a lonely college freshman who wishes he was having a better time in Los Angeles. He moved halfway across the country to study, far away from his mom and sister in Dallas, and finds himself stuck between stations — he wants to get out and experience things in the world around him, but doesn’t have the skill to really navigate through that and make friends. His roommate, Sam (Logan Miller), a stoner stand-up wannabe, possesses the collegiate equivalent of The Knowledge, as he knows, seemingly preternaturally, where all the parties are on campus, and Alex asks him, one night, if he can tag along. The pair head to Shithouse, a nasty-ass off-campus party house home to that Friday night’s best time, and, surprisingly enough, Alex has a brief flirtation with his RA, a sophomore named Maggie (Dylan Gelula), who is significantly wiser about social interaction than he is but who takes somewhat of an interest in this oddball Freshman. Later in the night, after Sam returns home in a blackout and shits himself, Alex leaves the room to sleep on a common area couch, and Maggie catches a glimpse of him in the hall. She invites him into her room, and the pair hit it off, somewhat.

Much of Shithouse‘s runtime is centered around this single night, where Alex and Maggie wander about Los Angeles, with a wine bottle in hand, talking about their lives, their parents, and cracking jokes, and Raiff captures this flirtation in a fashion similar to Richard Linklater’s Before Sunrise, though it’s tempered with a hefty dose of Apatowian humor. He and Gelula have a really interesting chemistry — both aren’t the type of suave motherfucker with smart witticisms chambered and ready to blast alongside exaggerated movie-star handsomeness that we often see in this type of film, but it’s also not as shaggy as you might expect from a festival hit with a Duplass brother in a supporting role. It’s all very genuine and disarmingly sweet, which makes it all the more bizarre when the next morning rolls around, and Maggie suddenly wants nothing to do with Alex. Both seem to spiral into pits of anxiety and despair over their lots in life, and eventually have it out at a party the next night, where both say some seriously cutting shit to one another. This, too, is accurate: the childish nature of the fight, of the barbs that they hurl at one another, made worse by the garbage circumstances that they find themselves in. It’s harsh, weird shit, and complicates what we know about both of these people. But, yet, they grow, and emerge changed from the experience, which is about as much as one can home for.

Now, there are some superficially cute bits that I sort of recoiled from — the film begins with a conversation between Alex and his treasured stuffed animal (thankfully Raiff is smart enough to not give the animal a voice, and instead give the animal silent subtitles like a thought bubble in a Garfield cartoon), and much of that first night revolves around a quest the pair embark upon to give Maggie’s pet turtle a proper burial — but I can forgive that type of indie contrivance when it’s paired with the very real emotional shit that Raiff is willing to put on-screen. There’s a scene early on where Alex calls his mother after struggling through the Shithouse party, and feigns being slightly sick, simply so he can hear her solve a non-existent problem for him, so that she can nurture him in this weird and vulnerable moment while sparing her the details of his social awkwardness and humiliation. Notably, we don’t hear any of her advice, focusing instead on his stone-faced reaction, tears welling up in his eyes. He bursts into tears afterwards, exhausted, drunk and lonely, unaware that some measure of salvation is literally only a few hours away, and I think that was when I fell in love with this sweet little film. It’s willing to get messy and ugly in its own way, and Raiff doesn’t burden his characters with overwrought Hughesian monologing about their status, instead choosing to present us with plausible conversations and brief moments of truth.

Some have called Shithouse “mopey,” which I would say is an accurate descriptor, all things considered, given that it’s capturing the mopiest time of one’s life. These ages — 18, 19 — are when one’s mental illnesses really begin to manifest, and it’s also the first time that many kids have spent any time away from home, away from any traditional sources of comfort or community, and have to fend for themselves emotionally. I can remember vividly a few of my friends shedding tears in front of me during the first week of my own time at school, no liquor involved whatsoever. You’re lonely, fucked up in your own way, and you’re close to a kindred spirit who seems to understand what you’re going through, or at least wants to. What’s wrong with crying a bit, or talking about being scared of death? Shithouse pays tribute to those moments of self-doubt, confusion, and frustration, and empathizes deeply with them, even as it’s trying to tell you that, hey, things might get better one day.