The ‘Monster Hunter’ trailer is goofy as all hell 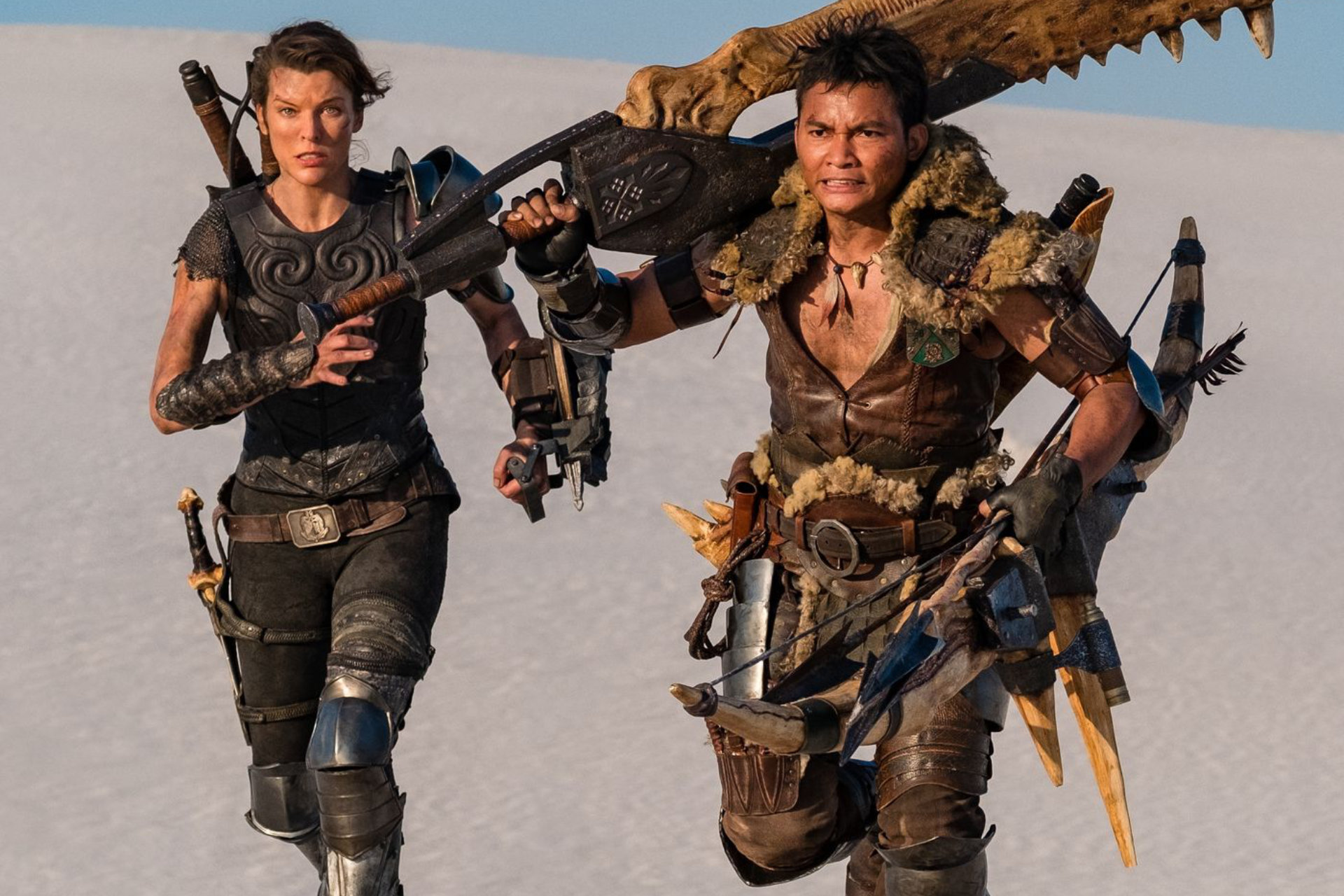 Perhaps this may be the good news that theaters have been looking for: There will still be some goofy-looking blockbusters hitting screens before the year’s out, in part because their revenue streams were already centered around countries that have seemed to best the COVID-19 pandemic. Case in point: Monster Hunter, an adaptation of the popular video game franchise from Resident Evil maestro Paul W.S. Anderson, which, like those films, stars Milla Jovovich. The Pacific Rim was the target audience for a project like this, with American and European grosses being a nice side-effect (Monster Hunter didn’t really catch on over here until World, the most recent console game for the franchise, released a few years back). So, Sony has done something surprising and slated it for a year-end release, after debating whether or not to push it to 2021 (and briefly doing so for a minute), including in the West. And, to celebrate, they’ve dropped the first trailer for the film, which looks like it was plucked straight out of 2009, at the peak of Transformers rip-off season, or at least whenever Battleship came out. That is to say: this looks very, very dumb, and very, very fun.

“Behind our world, there is another: a world of dangerous and powerful monsters that rule their domain with deadly ferocity. When an unexpected sandstorm transports Captain Artemis (Milla Jovovich) and her unit (TI Harris, Meagan Good, Diego Boneta) to a new world, the soldiers are shocked to discover that this hostile and unknown environment is home to enormous and terrifying monsters immune to their firepower. In their desperate battle for survival, the unit encounters the mysterious Hunter (Tony Jaa), whose unique skills allow him to stay one step ahead of the powerful creatures. As Artemis and Hunter slowly build trust, she discovers that he is part of a team led by the Admiral (Ron Perlman). Facing a danger so great it could threaten to destroy their world, the brave warriors combine their unique abilities to band together for the ultimate showdown.“

Monster Hunter is slated to hit theaters on December 30. Let’s hope it actually does so that we can escort this horrible, horrible year to the confines of history with a wacky-ass Milla Jovovich action movie. Also, smooth move dropping that PS5 clip at the end of the trailer, Sony. Gotta diversify those revenue streams.