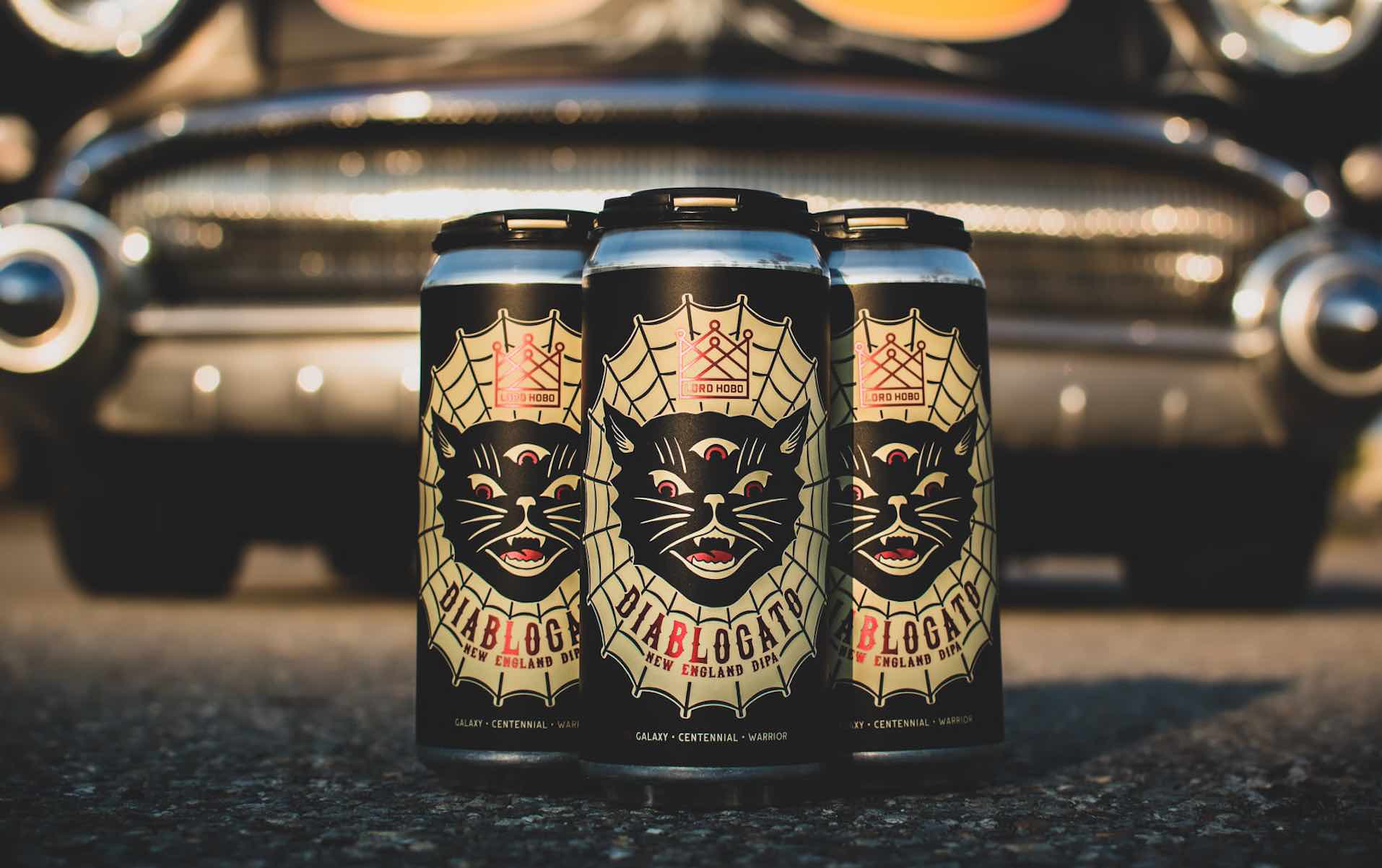 Diablogato’s true home is rocking out on stages across the Northeast. So when those stages get shut down over a god-damn pandemic, what’s a bunch of garage rock dudes to do? Get busy in the kitchen, apparently.

Fresh off the Boston bandits’ run of homemade hot sauce, Diablogato are now going straight on to the sauce — thanks to Lord Hobo Brewing Co. Revealed today (October 8), the Diablogato-branded NEIPA hits Lord Hobo’s Woburn taproom and select accounts around Massachusetts as part of the year-long Vagabond Series, which is designed to reflect the personality and creativity of their brewers.

The can was designed by Diablogato guitarist and Lord Hobo graphic designer Chuck MacSteven, and much like the band, the beer itself packs a punch — clocking in at a cool 8 percent ABV.

“Diablogato… play a style of music that’s not quite punk and definitely not rockabilly,” writes Lord Hobo on Facebook. “It’s revved up greasy garage stomp that has a swampy swing and a voodoo twang. And what better way to conjure up the sinister 3 eyed gato than with a raucous hazy juice bomb packed with Galaxy and Centennial hops. Bursting with notes of juicy pineapple, not only from the Galaxy hops but also amped up by the unique and out there Kveik yeast, which adds some extra depth to the flavor.”

Sounds like the cat’s pajamas. Fire up some Diablogato via Spotify, and read Lord Hobo’s announcement in full after the jump.