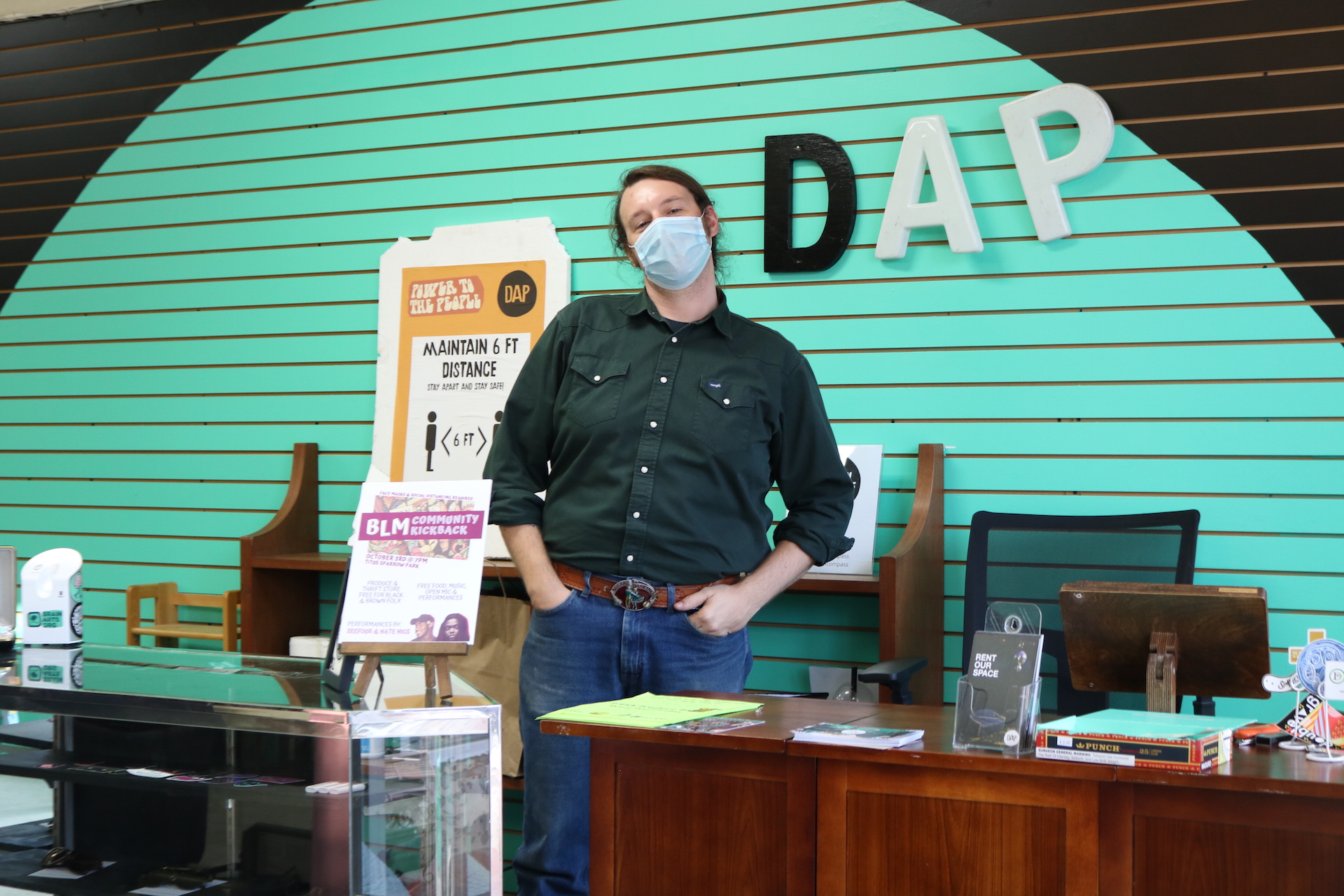 After its soft opening on Thursday (October 1), Dorchester Art Project (DAP) is poised to better serve Fields Corner and beyond as the Dorchester venue and arts space slowly moves into its new 6,000-square-foot expansion.

The news arrived that DAP would expand into the area below its original second floor space at 1486 Dorchester Ave. on September 10, accompanied by a survey for artists to share how they would like to see the space used.

According to Sam Potrykus — one of DAP’s directors, pictured above — the survey has revealed equal interest across the board for uses of the expansion, from rehearsal spaces to recording studios. And DAP has plans in place to step up to the plate for all of them.

As of this month, DAP’s retail store — featuring records, clothes, and other merchandise from Boston-based artists — has moved from the second floor into a prominent storefront location at the first-floor entrance. The first floor also hosts a communal workspace, offering drawers full of arts and crafts supplies for visual artists to tinker with (DAP hopes to establish a day rate for using this space but will not turn anyone away due to lack of funds).

The back area of the first floor is currently unfinished, but will serve as a photo and video shoot space in the future, as well as a space for live-streamed performances, since indoor and in-person shows are not yet a safe option.

Directly downstairs, the basement space is empty for now, but plans are in place to set up recording studios for artists to rent, as well as rehearsal spaces.

The next initiatives on DAP’s docket, Potrykus says, are to fully flesh out the retail store with more inventory from Boston-based artists, finish the first-floor co-working space, and organize community workshops. DAP also has an online wishlist on their Instagram page where members of the community can select items (like trash cans, ladders, and shelving) to donate.

Flip through Vanyaland‘s mini-gallery of the new additions to the community arts space below.