Jamie Foxx’s Electro will return in the next Spider-Man film, apparently 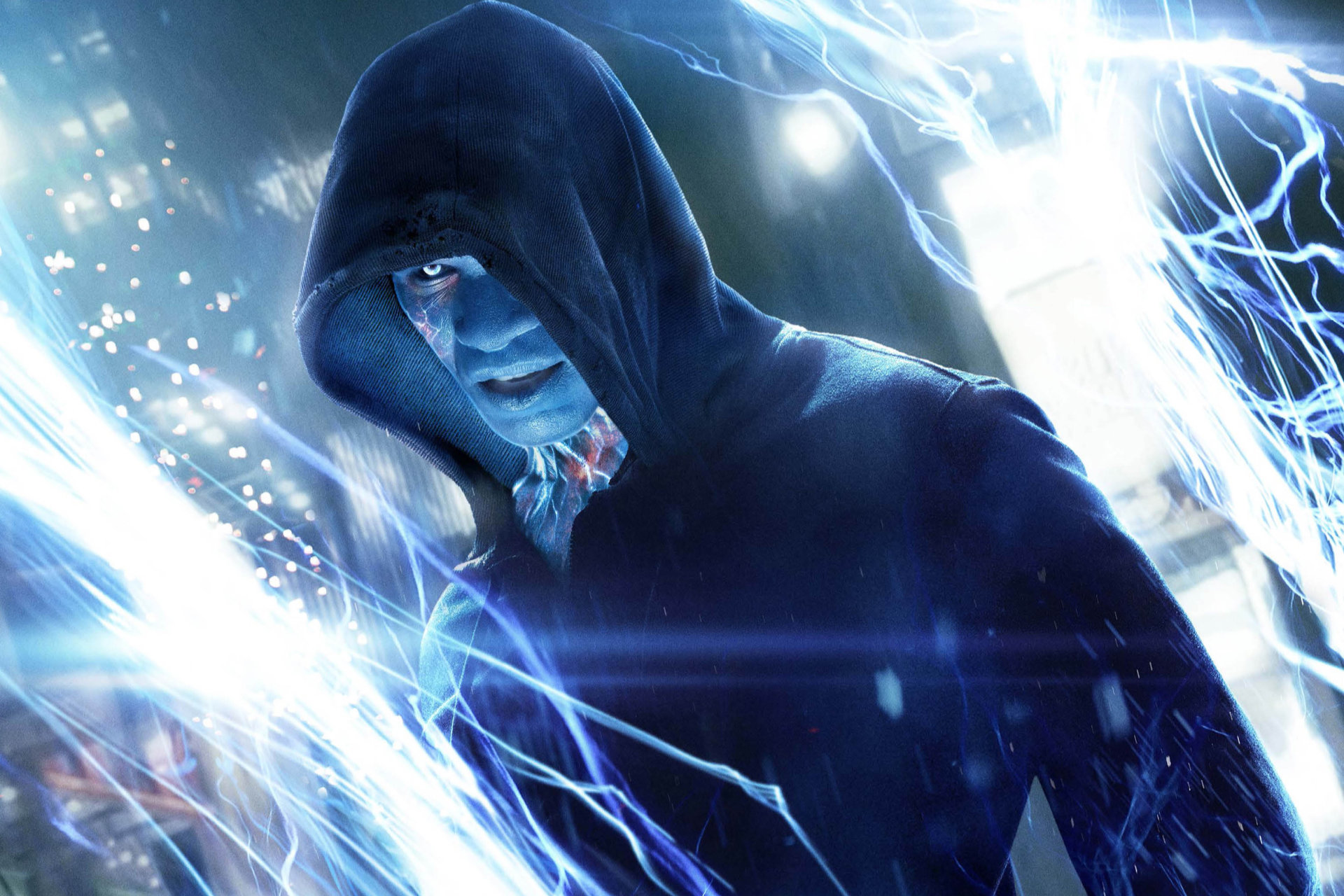 Still from 'The Amazing Spider-Man 2' by Sony via MoviestillsDB

If you took an informal straw poll of comic book nerds around the country about what their favorite superhero film is, Marc Webb’s The Amazing Spider-Man 2 would probably come in close to the bottom, at least out of ones released this decade. It may not have been as bad Steel or as downright batshit as Jonah Hex, but, boy, did that movie look dated when it went toe-to-toe with Captain America: The Winter Soldier back in 2014. There’s a litany of complaints that one could have about the film — a dumb focus on Peter Parker’s parents, Dane Dehaan’s Green Goblin, the absolutely miserably depiction of the death of Gwen Stacey — but the most frequent has to be how terrible Jamie Foxx was as Electro. It was as if someone had plucked a villain from a Schumacher Batman film and dropped them in the middle of a film trying hard to be a self-serious “emo” depiction of Spider-Man (we aren’t even dissing the G.O.A.T. Joel Schumacher here, either: that type of celebrity-villain works well in his movies!). And when Tom Holland took over the Spider-Mantle from Andrew Garfield, most people assumed that we’d wiped our hands of that particular take on the character.

But in a shocking announcement, The Hollywood Reporter revealed on Thursday that Foxx will be returning to the role in the new continuity and, presumably, will have his Electro become a part of the Marvel Cinematic Universe. Yes, that’s right: Electro’s back, baby, and shit is about to get weird on Earth-199999. Here’s the one true juicy bit from their article about this casting choice:

“Story details are being kept under the mask, but having Foxx return is a stunner as it shows a further melding of the previous Spider-Man movies into the current Holland series, which is the first one that has Marvel running point on production.“

So, it’s interesting that Marvel, of all companies, is behind the choice, and not Sony, who has been attempting to get a Sinister Six movie (for the uninitiated, it’d be about Spider-Man’s rogue’s gallery teaming up) off the ground for some time now. As THR points out, Electro won’t be the only Spider-Man character to appear from a previous installment, as J.K. Simmons’ J. Jonah Jameson returned in Spider-Man: Far From Home, although as an Alex Jones-styled muckraker rather than the editor of a tabloid. So, who knows if this will be a reinvention of the character in that vein, or if it’ll be a wacky-ass attempt to do what Sony’s animated division did better back in 2018 or to equal what DC is trying to do with The Flash. That possibility was already teased in Far From Home, so who knows?

Anyway, the third Spider-Man film will begin production this fall, and we’ll bring you whatever news crops up when cameras start to roll.