Netflix kicks off Halloween with the ‘Vampires vs. the Bronx’ trailer 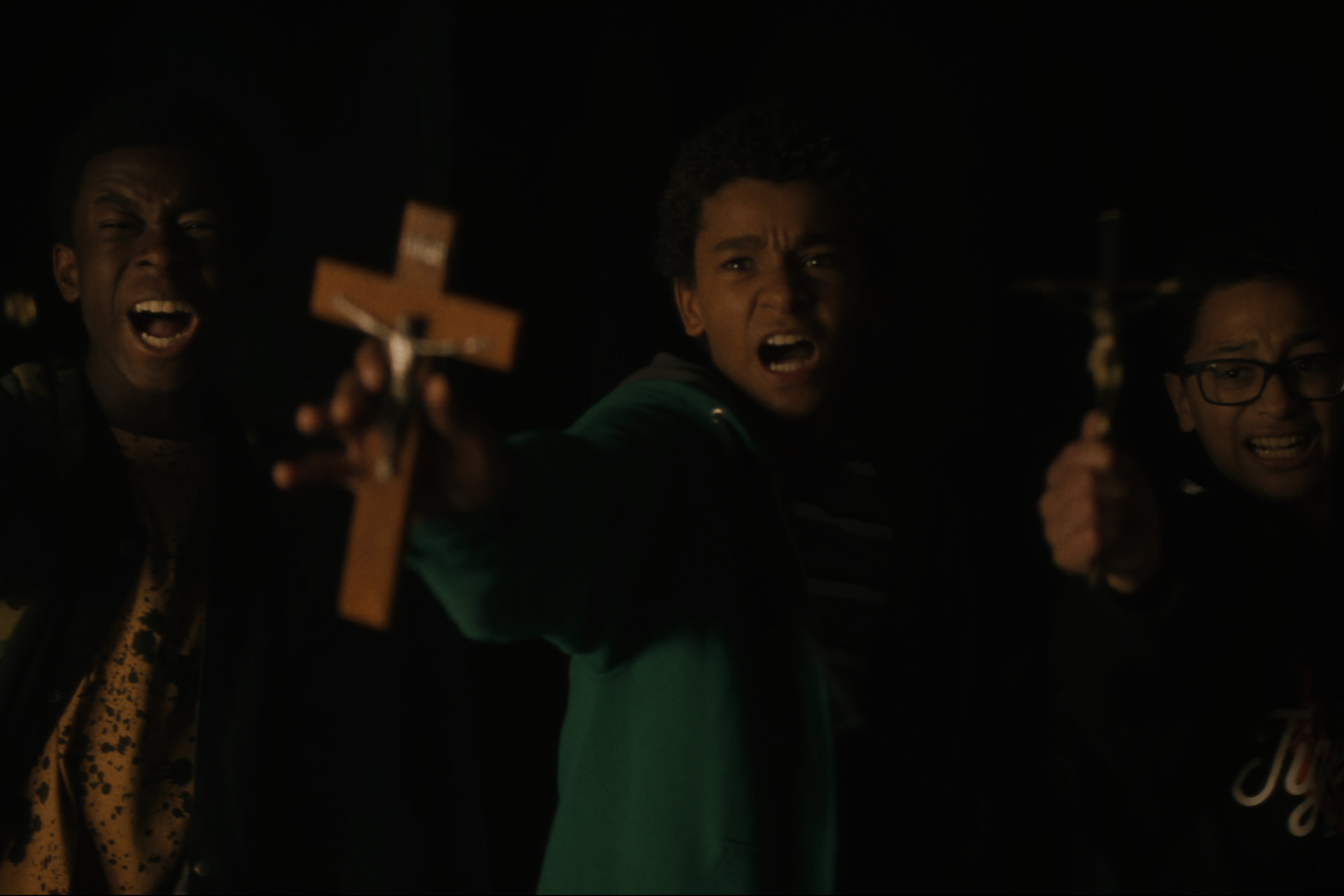 Despite all appearances and panic, Samhain hasn’t quite been canceled just yet — just like David Arquette, you can’t kill Halloween, because, well, it’s not a living thing. Sure, you might not be able to drunkenly and unwittingly reenact Game of Thrones‘ most spicy scenes with the one Cersei Lannister at the Halloween party to your Jamie, or scare the living hell out of neighborhood children with bowls of “brains” made out of spaghetti and “eyes” made out of olives while you try your best to write the candy-wrongs of your youth by giving them decent candy, but you can watch Halloween-themed movies with your friends. Hell, you could even have a socially-distanced sleepover and watch Vampires vs. the Bronx, a new comedy from Netflix that looks like it might strike that oh-so-classic Disney Channel Original Movie vibe, though it’s got more of a political angle to it than any of those movies ever did, all things considered. The streaming giant dropped a trailer for the film earlier on Monday, and it looks like some good, anti-gentrification fun, and we’re kind of here for it?

Here’s a single-sentence synopsis because, hey, the title pretty much tells you what the movie’s going to be about. Honestly, we’re pleasantly surprised that it’s going as hard as it is on gentrification, because we flat-out expected this to be a dumb Stranger Things riff based on the poster Netflix released for it. We can imagine a joke about the vampires posing for photos at the Joker staircase and getting soaked in Holy Water by angry residents. But, yeah, here’s the logline:

“Three gutsy kids from a rapidly gentrifying Bronx neighborhood stumble upon a sinister plot to suck all the life from their beloved community.”

Vampires vs. the Bronx hits Netflix on October 2, just in time to kick off the Halloween season.