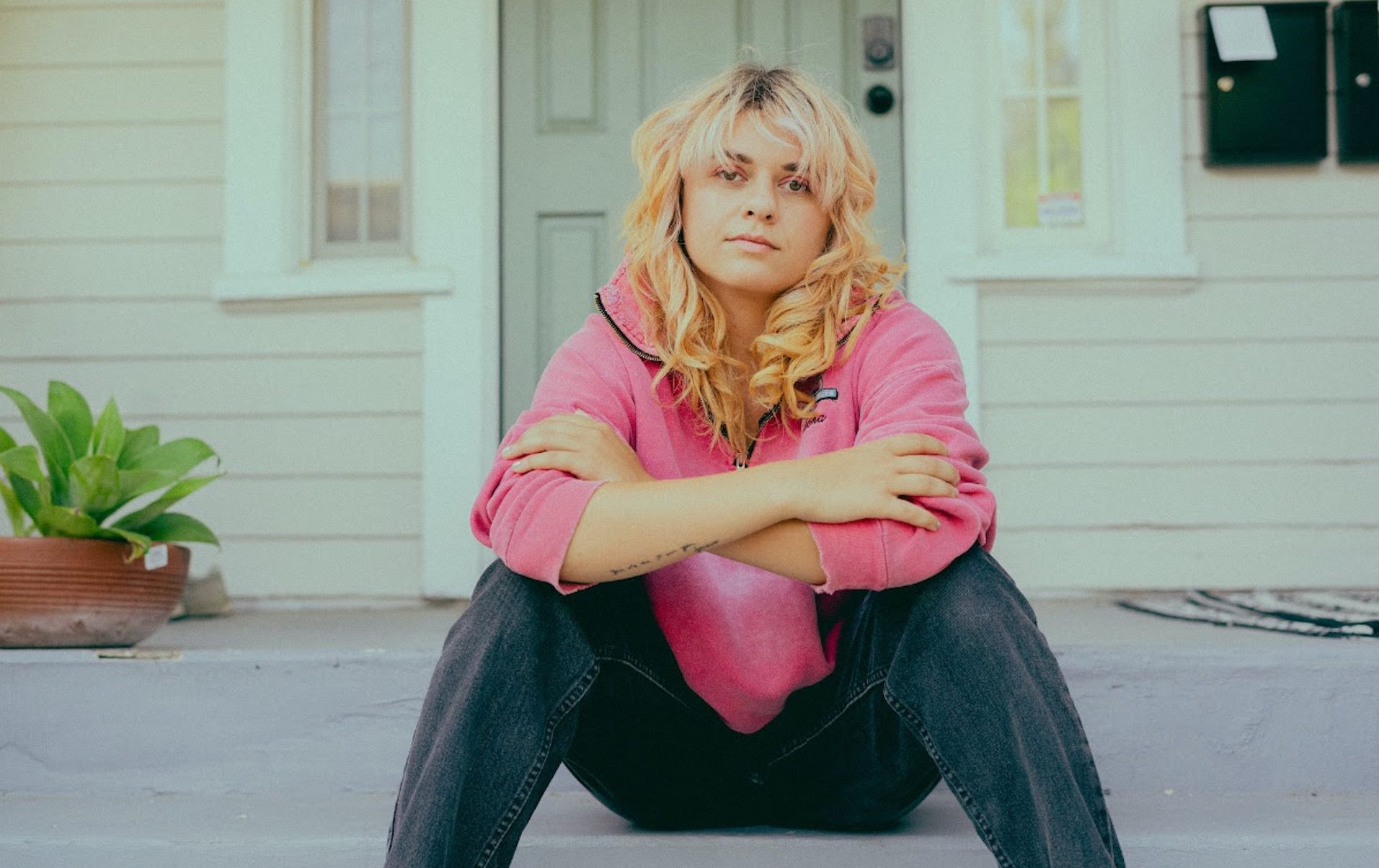 The track is a yearning spin through jangly guitar-pop that’s somehow both gritty and bubbly all at once, supported under the surface with lived-in lyrics centered around real-world problems laid bare outside our front door. It’ll be featured on All Things Blue’s debut album Get Bit, out October 30.

“My first and current home since moving from Pennsylvania is an area sometimes referred to as The Jungles in South LA,” says Coombs. “I moved here when I was 18 so there was very little research on the neighborhoods of available apartments and more on the price of the rent. I signed my lease and got some ‘be careful’s’ from people offering unsolicited advice but, the sense of community was so strong. Our neighborhood was and is a family, with all the complexities and characters included. I feel lucky to be a part of it.”

But things are changing, and not for the better.

As Coombs adds: “While the sense of community still remains, things look very different now. It’s the classic gentrification happening. A hipster coffee shop, the original mom and pop shops slowly closing, fancy houses being built. Families and businesses and money start coming in from areas that house people who were previously ‘warning’ me of where I lived. I’m holding out hope for my neighborhood family but typically this ends with us all being unable to afford where we live. So yeah, get OUTTA here ya rich fuckin’ opportunists.”

Find those “White Lady Dogs” below.