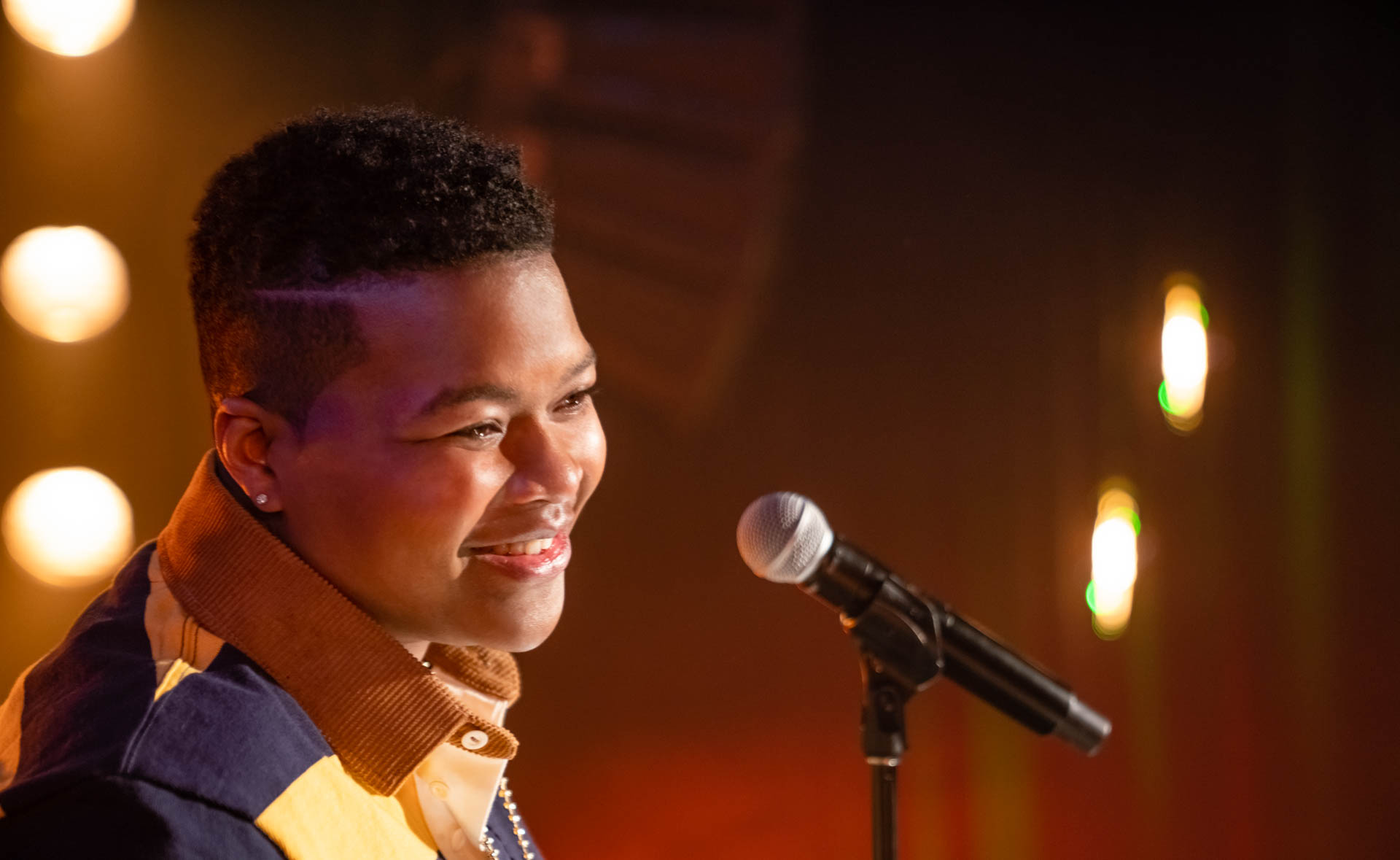 For the last seven years or so, the thought of recording an hour special had been in Sam Jay’s head as something she could do. And now that she’s actually done it, the ‘holy shit’ factor is alive and well in her mind. She’s also quick to admit how surreal it is to see it all happening.

With her debut hour special, 3 In The Morning, dropping on Netflix earlier this week, the Dorchester native delivers a full slate of brutally honest commentary on a myriad of both topical and heavily personal observations. While she has released recorded material in the past, this one is different, and with the special really being eight years in the making, she didn’t take the opportunity lightly. She wanted it to count.

“Very early on [in my career], I wanted to do an hour, and I was always thinking about what that meant, as far as the work I would have to put in to be ready for it,” Jay tells Vanyaland. “I didn’t want to do one just to do one. I wanted to be ready to do it.”

When it came time to start planning out what would become of the special, Jay wasn’t sure what to call it, since there wasn’t one solid theme that ran through the material that could steer her toward a solution. Then, the idea of how common the 3 a.m. hour is for her and her fellow creatives as a period of artistic expression came to mind, after thinking about all those late nights riffing on jokes with other comics at the Comedy Cellar in New York City, watching stand-up at home, or going over her notes until the wee morning hours, and the title stuck.

“Three in the morning feels like the witching hour for creatives, where we’re up late and the gears are turning,” says Jay. “I also didn’t want it to sound hokey like ‘Lesbian and Loud’ or some kind of goofy title. It just fit.”

Having already done an album (2018’s Donna’s Daughter) and two shorter recorded sets (Netflix’s The Comedy Lineup and a Comedy Central Presents half-hour),the work she poured into those projects certainly helped Jay prep for this huge moment. While the album was more along the lines of a result of just needing to get material out there, the Saturday Night Live writer was able to take the experience to figure out how to have a vision for a project, and then execute that vision. However, having her own hour special presented new challenges and new places to expend her energy that made it a completely different experience from her past projects in every way.

There were a lot of details, both big and small, to consider. While she didn’t want to downplay this huge moment in her career and give viewers a great experience both in the room and at home, Jay also wanted to make sure that all the thought that went into creating the moment wasn’t overplayed to the point of becoming a bigger deal than the art she presented within the special.

“For the album, all I had to worry about was the material and production stuff, but with the special, I had to think about color schemes and the vibe, and stuff like that,” says Jay. “The material was important, and I felt like the energy of the whole thing was important, as well, so I had to figure out that balance to make it feel like someone who is watching it from home feels like they’re in the room watching it live.”

Now, while she’s quick to acknowledge how much fun the process of bringing the special to life was, Jay is certainly in no rush to get into her next project, but not just because of the amount of little details that went into making it happen.

“I don’t want to rush into the next one, because you have to be just as excited,” says Jay. “I feel like if you do it just to do it and throw something out there, it will start to feel that way.”

One such detail that had Jay tied up for nearly the entire time leading up to the recording was where to shoot it. Obviously, Boston is where she got her start (in life and in comedy), but before she finally settled on the Masquerade in what she considers to be her second home city of Atlanta, which now seems like the more obvious choice given the fact that she lived there for a number of years, and it’s also the city she came out in, the idea of places like Boston and Seattle were also part of the thought process. While she feels like Boston would’ve been too intense to capture the moment, given the fact that all of her family and a lot of her friends live here, the city still holds a special place in her heart, in terms of getting her prepared for this moment in her blooming career.

“Boston is where I learned everything I needed to know, as far as who I was on stage, and how to perform in front of different types of audiences,” says Jay. “Jonathan Gates was the first person to tell me I was ready to headline, and the first person to take me out to headline and got me out of my own way in terms of getting me to do an hour. In that regard, the city gave me that foundation, kind of like how high school does.”

As you’ll see in the special, Jay takes a good amount of shots at the many facets of the current social climate from an objective point of view. As time has gone on, and that climate has continued to evolve rapidly day by day, Jay has wondered how her perspective would be taken, but she doesn’t fault anyone who may not want to hear it right now. Regardless, she said what she said, and she did it with her whole heart, and she knows that’s all she can really do.

“I really do try to push conversation and dialogue with my material whenever I do get into current events or topical humor,” says Jay. “I really try not to say something that isn’t going to move the conversation, instead of just sitting in something and presenting it in a way that’s like ‘it sucks, fuck it.’ I do that genuinely. I don’t have any ill intentions or ill will, and that’s all I can move off of.”

Every ingredient that came into play to make the special a reality meshed together to curate quite a full-circle experience for Jay. From her family, friends, a few SNL coworkers, and even a few former coworkers from the Starbucks down the street from the Masquerade making their way to the venue that night, it created a powerful moment for Jay to really work her magic and cash in on years of hard work, and she hopes that people can not only laugh at what she has to offer, but also see that not everything needs to be so one-sided.

“I hope people think it’s funny,” she adds, “and I hope people can see that it’s okay to think about things from more than one perspective.”