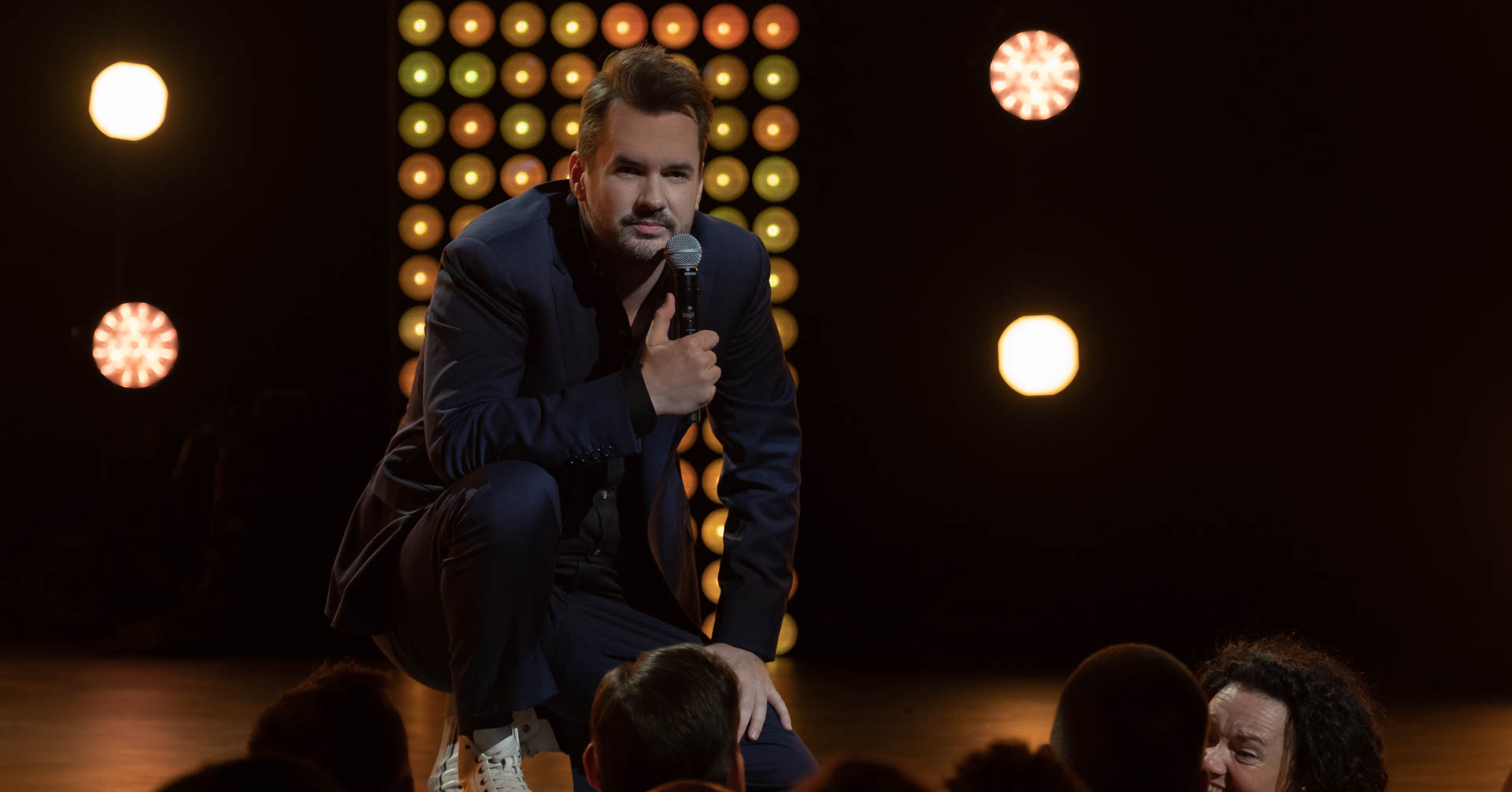 We’ve seen this setup before: Jim Jefferies takes the stage at Boston’s Wilbur Theatre to record a special, deep dives into diatribe after diatribe about his personal life and the world around him, dissects a selection of hot-button issues with unapologetic precision while raising the word “cunt” to an art form with reckless abandon, and then calls it a night to a standing O after having turned a few popular viewpoints on their heads.

We absolutely have seen this structure before (he shot his 2014 special, Bare, at The Wilbur), but as you can see with his latest Netflix-bound hour, Intolerant, it’s still working considerably well. So why mess with a good thing?

If it hadn’t already been evident with his past work, this latest release shines a bright spotlight on Jefferies’ virtually unmatched ability to transition from one thought to the next, somehow both abruptly and seamlessly all at the same time, where viewers and crowd members alike can still follow. From his thoughts on woke culture, the millennial generation, and the mysterious origins of foie gras to the apparent exceptions of addiction shaming, the food chain of product testing, and his benign issues with Italian-Americans, Jefferies’ scope of coverage is nearly so vast that you pretty much forget that he’s trying to tell a story about his disregard for, and eventual fallout of his lactose intolerance for all but the first three minutes of the set.

Given his consistent ability to make the crowd equal parts uncomfortable and reliant on his every word and misdirect all at the same time, Jefferies is performing at a ridiculously high level of zero-fucks-given, as he maintains the ability to make us all laugh at everything from his most thought-provoking criticism of the current social climate to his highly detailed journey to find a toilet to disrespect, post-fromage.

It’s respectable, really, that the Sydney native can go on increasingly intense profanity-laced rants for minutes on end and still maintain an understanding with the audience that it’s all just jokes, and that he shouldn’t be taken too seriously. It’s an aspect of the art form that is often times glazed over by comics and spectators alike, but the way Jefferies handles the social landscape is admittedly a tad refreshing, in that he obviously gives a shit, but also doesn’t at the same time.

At this point, it’s almost unbelievable that Jim Jefferies isn’t the leader of his own small country, with the way his audience responds to his views and ideas, and the precision with which he operates. But if we had to put a title to it, maybe it’s not too far-fetched to say that he’s the modern-day undisputed king of digression, and that’s good enough.