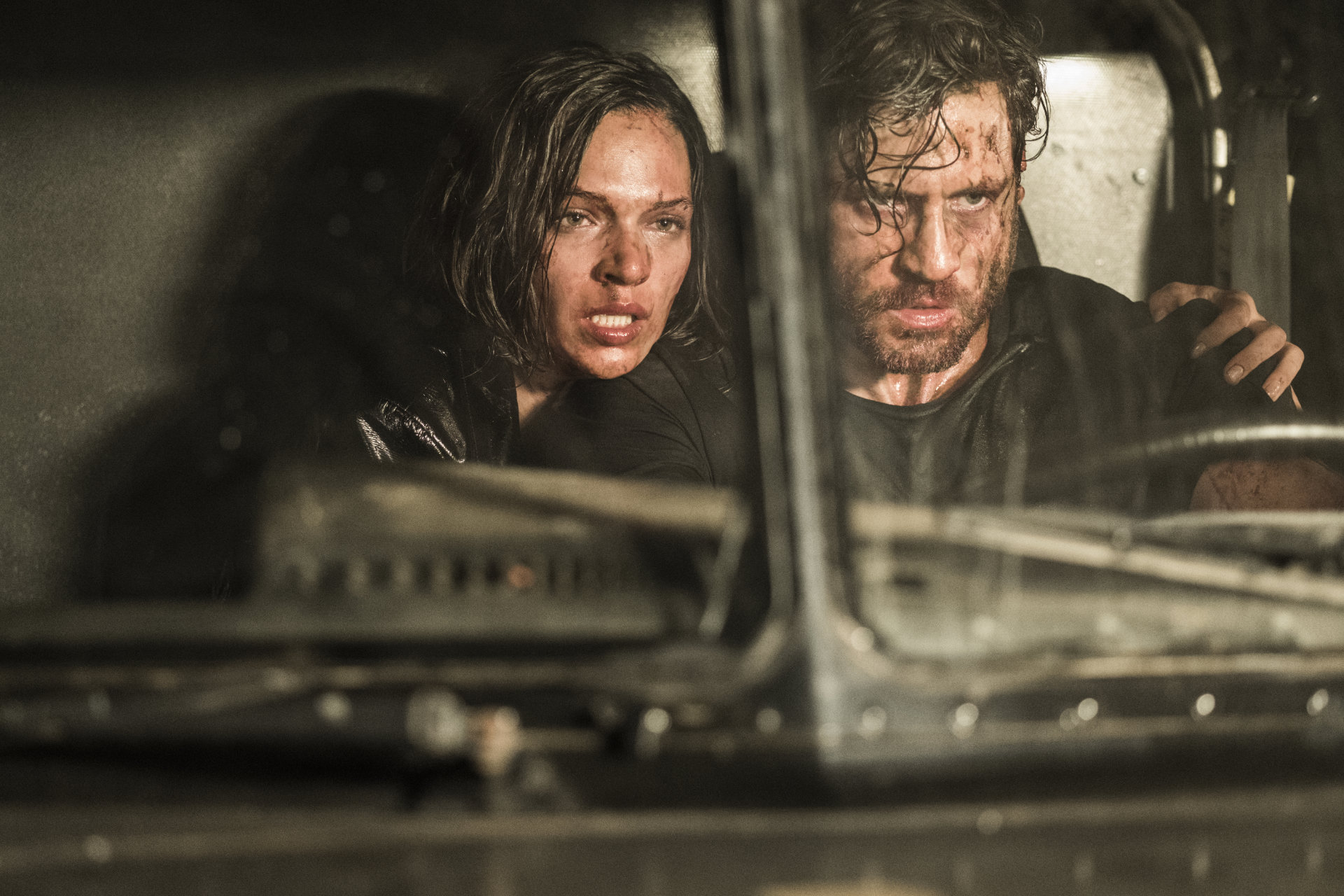 We don’t know if we were wholly prepared on this lovely Tuesday for what awaited us in the two-minute-long trailer for Olivier Megaton’s The Last Days of American Crime. We knew the comic book it was based on — writer Rick Remender’s one of the best in the business, after all — and we know and love Édgar Ramírez whenever he appears in anything, but good god did we not know that we needed Michael Pitt to be doing whatever the hell he’s doing here. He’s essentially playing James Franco’s character in Spring Breakers, but if he had a bit more high-tech shit. And now that we do, we can’t wait to see the full thing.

“As a final response to terrorism and crime, the U.S. government plans to broadcast a signal making it impossible for anyone to knowingly commit unlawful acts. Graham Bricke (Édgar Ramírez), a career criminal who was never able to hit the big score, teams up with famous gangster progeny Kevin Cash (Michael Pitt), and black market hacker Shelby Dupree (Anna Brewster), to commit the heist of the century and the last crime in American history before the signal goes off. Based on the Radical Publishing graphic novel created by Rick Remender and Greg Tocchini, The Last Days of American Crime is directed by Olivier Megaton, written by Karl Gajdusek, produced by Jesse Berger, p.g.a., Jason Michael Berman, p.g.a., and Barry Levine, with Sharlto Copley also co-starring.”

The Last Days of American Crime hits Netflix on June 5, and you better bet we’ll be there, popcorn and soda in hand. If this kind of thing tickles your fancy, we highly recommend you check out some of Remender’s other comics work before watching this one — Fear Agent is a blast and a half, and Black Science is a lot of heady fun.