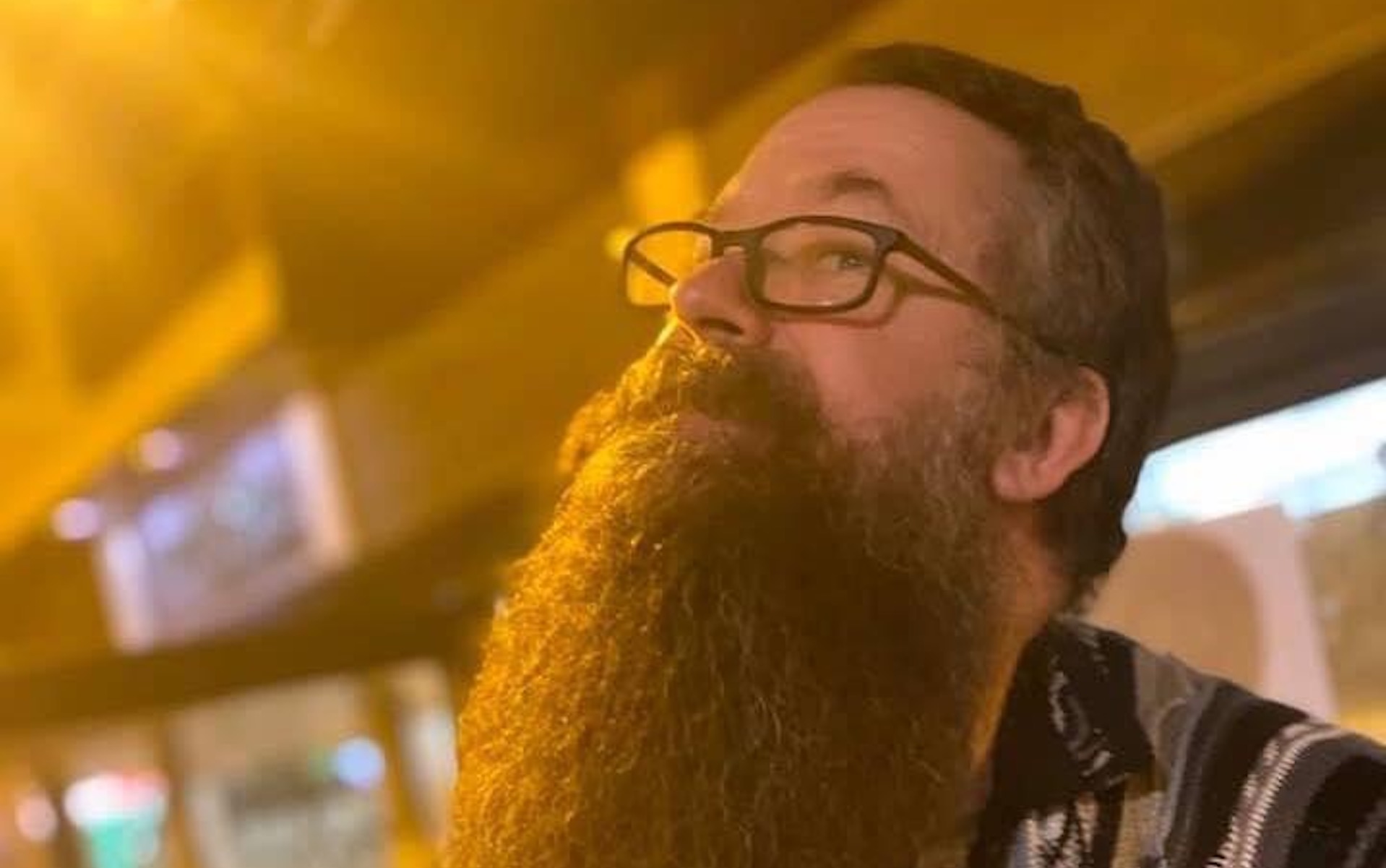 We’ve often wondered what would be the soundtrack to our current predicament; a life trapped indoors but with a clearly visible view of an outside world on pause. As we cope through the ongoing pandemic trapped within walls that appear to creep in closer by the day, our screens are a portal to remind us what remains beyond our reach. The world feels larger with each passing day, and we feel smaller; then suddenly the world feels smaller, and we feel larger. And so we dance.

The sounds of the world around us are always so hard to grasp, but Massachusetts multi-instrumentalist John McKusick has captured them through his own means and efforts as Death Is The Dream, releasing a new album of intriguing sounds and visions today titled Shadow Work.

There is an irony in that McKusick’s new world music album arrives at a time when we are all trapped indoors. Here, McKusick — also known for his more rock-leaning work in bands like Square Ape and Band Without Hands — employs a variety of looping techniques and instruments to launch the journey that touches on various cultures and landscapes. Included in his sonic arsenal reads like a museum’s collection: Shamisen, guzheng, sitar, hand pans, tanpura, swarmandal, waterphone, n’goni, Korean buk, damaru, gamelan gongs, marimba, flutes, and “anything I can get my hands on,” he says.

They all come together, serving roles of various uses, across Shadow Work’s 10 tracks, including standouts “Ceiling Licker” and “The Monks of Jukai.”

“The style of music is a variation of world music that is darker and spookier than most of the artists using similar instruments,” McKusick tells Vanyaland. “I started Death Is The Dream in 2015 after making a black metal album called Serpentipede with members of Ice Dragon and Pilgrim. There was extra material that we had worked on and I wanted to give it a home. After that I was asked by a friend at WGBH to score a story for a holiday episode that aired on NPR and BBC. That is when I had decided that Death Is The Dream would primarily be a project where I used little to no synthesizers to create sounds. I also stayed away from electric guitars which was my primary instrument in bands like Band without Hands.”

A 2015 trip to Bali, Indonesia with his wife Jill inspired McKusick to explore the region’s music and culture further, and that interest blossomed back home, joining MIT’s Gamelan Galak Tika Orchestra for a few months and adding Asian instruments like the ghuzeng, a Chinese harp, to his creative process. He started recording his brand of world music at home, adding to the complexities with gongs and strings. “I wanted to keep the style raw by doing everything by myself in my house like you would make any kind of craft, and also leaving in the time fluctuations and mistakes or background noise,” McKusick says. “I wanted the music to sort of ebb and flow in and out of a dream state.”

McKusick purchased a looping system last year, and took his music to the stage, performing at Exhibit ‘A’ Brewing Company in Framingham and elsewhere, taking on live scores of old samurai films.

Those roads all led to what we have today with Shadow Work. “It’s a bit of a play on words,” McKusick adds, “as most people that make music with these instruments might consider themselves ‘lightworkers’. My music comes from a place of sorrow and depression, dealing with loss, and really getting into the darker parts of what make us who we are.”

Peer outside into the world of Death Is The Dream below via the full album, complete with the LP’s art design created by Somerville’s Joe Keinberger.