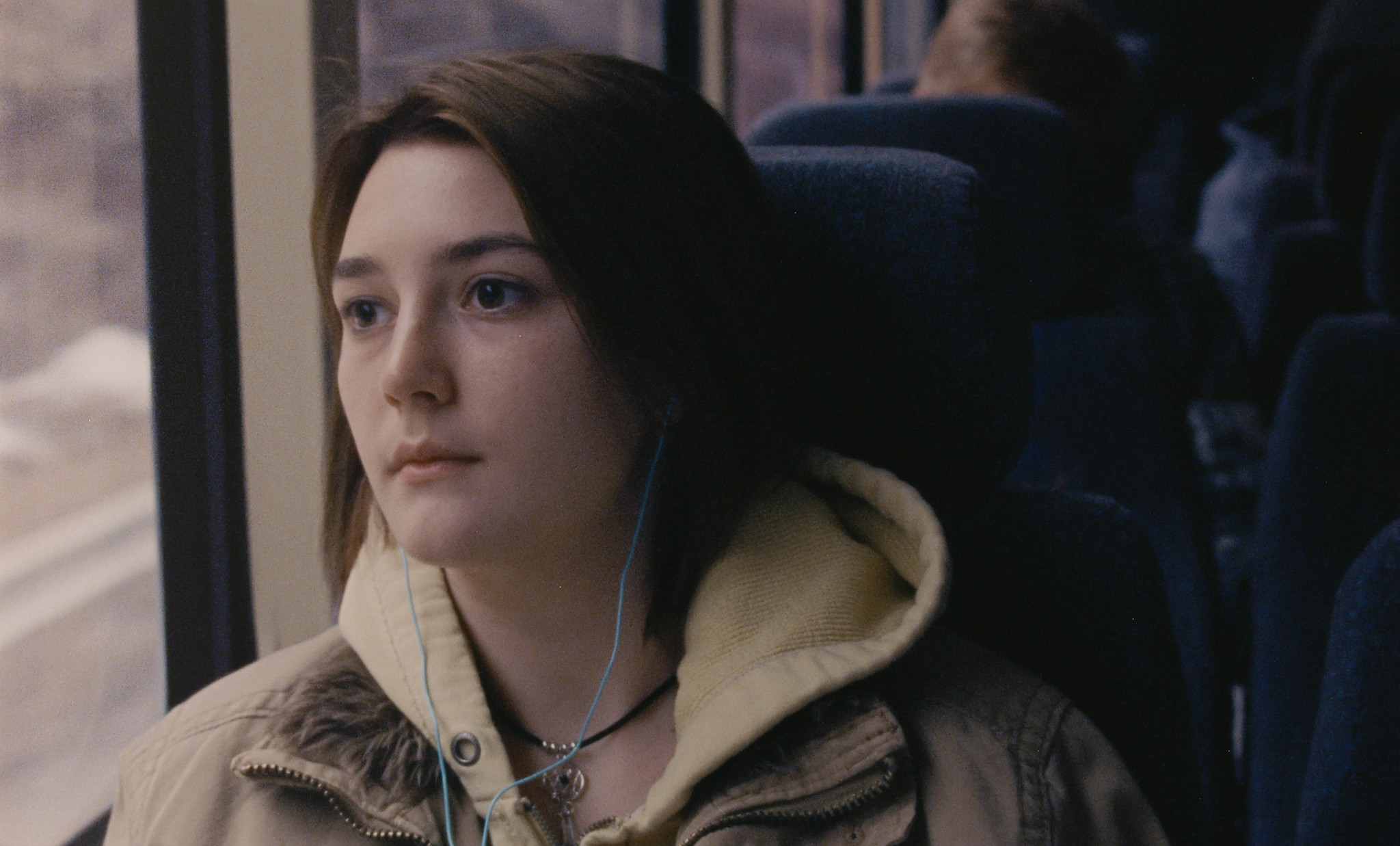 Ever since I saw Eliza Hittman’s Beach Rats, and even though she’s an American filmmaker, I’ve always thought of her work as being spiritual kin to the work of the British New Wave back in the ‘60s. Perhaps that was merely because Harris Dickinson’s performance there could rival the best of the late Albert Finney’s in terms of depicting a type of modern Angry Young Man, struggling with his masculinity and burgeoning sexuality and finding a variety of perhaps unhealthy outlets to express himself through. That comparison feels even more true with her latest film, Never Rarely Sometimes Always (a title that seems quirky at first blush, like a comedy that might have played at Sundance in the mid-aughts, before it is said in the film itself and it subsequently becomes devastating), which plays almost as a modern-day take on A Taste of Honey, had young Jo opted (or even had the choice) to get an abortion in Tony Richardson’s classic. It’s, once again, a showcase for Hittman’s incredible talents as a pseudo-documentarian of young people’s lives, her kitchen-sink grittiness underscoring every emotional beat. And, much like in Beach Rats, it proves to be the launching pad for a pair of incredible young performers, Sidney Flanagan and Talia Ryder.

We first meet 17 year old Autumn (Flanagan) as she’s performing a pained version of The Exciters’ “He’s Got the Power” on her acoustic guitar at a ‘50s-themed talent show that her small-town Pennsylvania town is putting on. She’s heckled in the middle of the song, which devastates her, and aside from some slight praise from her mother (Sharon Van Etten) and a bitter remark from her drunken father, it quickly becomes clear just how isolated she is from everyone in her vicinity. The one exception to that is her cousin Skylar (Ryder), who she works (and endures awful sexual harassment from their boss) with at a local grocery store. But Autumn’s got serious problems — she thinks she might be pregnant, especially given how her stomach is growing — and decides to head to a local Pregnancy Center in order to get a test. It’s there that she finds out that, yes, she is pregnant, and the Center’s councilor tries to convince her not to get an abortion, given that the entire purpose of the place is to manipulate young women by pretending to care about their health. After doing some research, she discovers that she can’t get one done in her state without her parents’ permission. So, after Skyler steals some cash from their shitty boss, the pair embark on a journey to New York City, where Autumn can hopefully get it  done there, and quickly. But, of course, things aren’t that easy: Both by design, and by frustrating interference, and the two girls have to navigate a huge city while dealing with the horrible hand that they’ve been dealt.

Hittman’s work has always leaned towards understatement, especially in the moments that she chooses to capture, presumably between conversations, and her tone here might further alienate those put off by the reserved, bleak, pensive styling that she brought to the screen with Beach Rats. She understands how quickly that, in the wrong hands, this story could be transformed in to melodrama better suited for a Very Special Episode of Blossom, and works well to avoid it. But there are two strong thematic purposes to it beyond mere realism: For one, she values her characters’ actions and expressions more than their words. It would be easy for her and her screenwriters to have our characters tell us how they feel, but she’s more concerned with showing us their pain, whether it’s through a brutal stare into a scum-covered mirror or through a visceral reaction to an unexpected touch from another person on the bus they’re taking. Yet, she’s saving those bottled-up emotions for the perfect moment, and when it comes in Never Rarely Sometimes Always, it will devastate you. We build up these walls dramatically to see how they fall, and when coupled with the enormity of that moment on an expositional level, it succeeds in connecting us even deeper with Autumn’s situation. So much of this work falls on the shoulders of her young performers, and Flanagan and Ryder do a brilliant job with the material, saying all that needs to be said with casual glances and actions.

There’s a real political fire in this film’s belly, one that’s full of pain and anguish at the nearly Sisyphean tasks that young women have to go through in order to get the care that they deserve, and to make the choices that are firmly within their rights. From the hidden motivations of the small town Pregnancy Centers that lie to patients in order to advance their political goals, to the hopelessly unaware and callous men in Autumn’s life who make it clear to her that her circumstance is one worthy of scorn; there’s a whole lot here to be pissed off about. But Hittman’s tone never once slides into the didactic, and, instead, she just opts to show us this one particular case out of the presumably thousands upon thousands of young women who embark on similar journeys each and every year. Never Rarely Sometimes Always is a great and powerful film, and though it’s so upsetting that I can’t ever imagine wanting to watch it again, it’s definitely one of the best films to emerge from this festival so far.