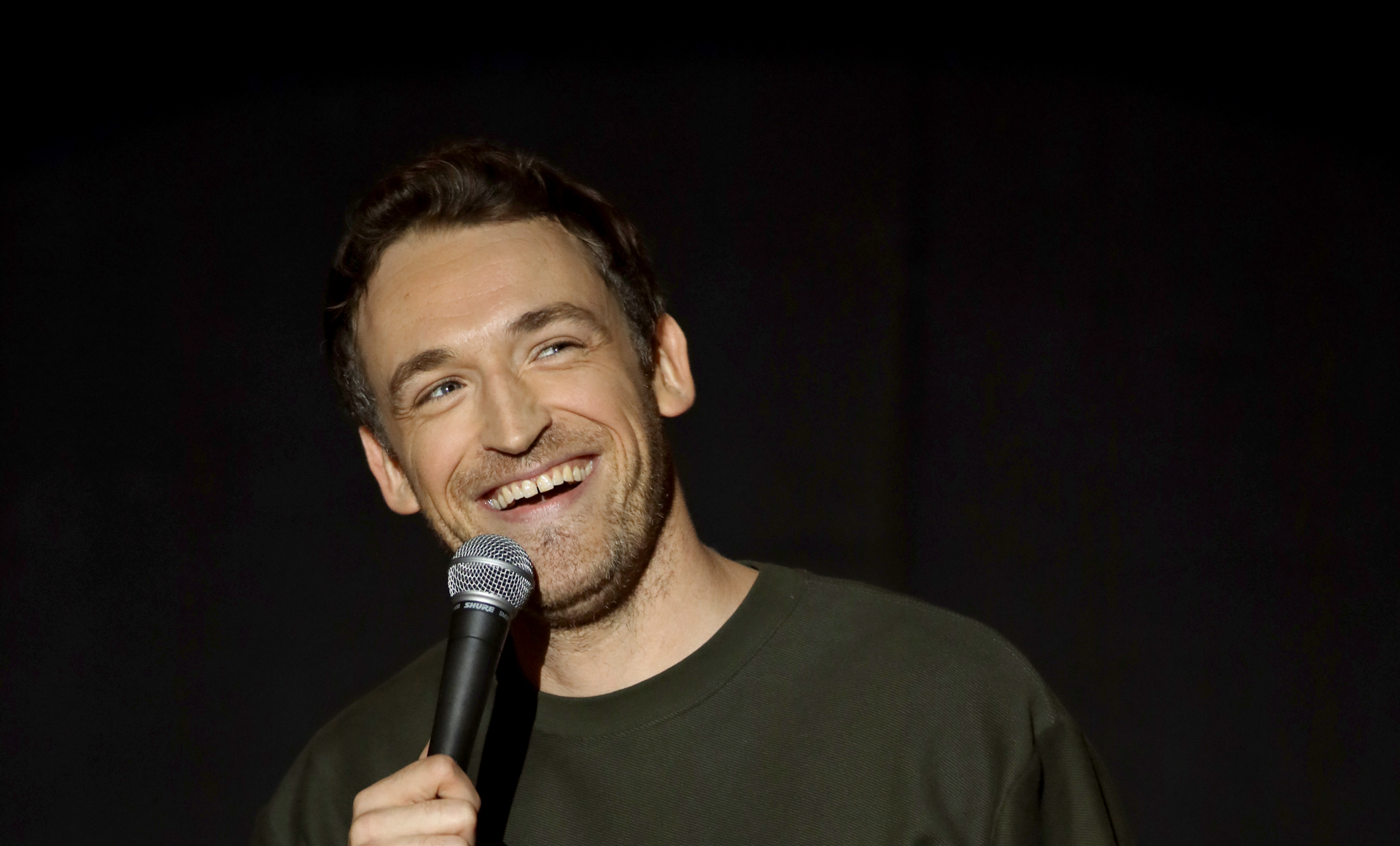 The ‘Bonfire’ host may not know exactly what he’ll talk about over his six shows, but he does know one thing: He ‘fucking loves’ Boston.﻿

With a new special out in the world, Dan Soder is riding high on creativity, and he’s pumped for Boston to see the fresh, new stuff. But it’s still not quite “there” yet, so he’s asking that we temper our expectations.

With a whopping six-show weekend planned for Laugh Boston beginning tonight (January 23), five of which are completely sold out, the Seaport is about to see a whole lot of Soder. But the best part is, what he has in store is not set in stone. He’s not exactly sure where the shows will bring his material as he continues building his new hour, and he’s okay with that. In fact, he’s really digging where it’s wound up so far.

“Creatively speaking, the best part about putting out a special is going out afterwards and being able to write jokes that go in any direction and find out where they land,” Soder tells Vanyaland. “Last year, I was touring and getting ready for the special, so I just had that hour that I was hammering away at, and now there’s this wide open field where I really don’t know exactly what I want to talk about.”

While the exact direction of his next batch of material has yet to be determined, Soder is quick to acknowledge that he’s relishing in a bit of a creative backwind. After his second hour-long special, Son of a Gary (Following 2016’s Not Special on Comedy Central) debuted on HBO in December, the Billions actor is consciously looking to bring his material in a more meta direction now, as opposed to the heavily autobiographical content on display in his latest recorded hour.

“What’s weird about it for me, is that I’ve talked about my grandmother in, like, three different specials, and in the HBO special, I pretty much kill her off, so now it’s just like ‘well, that’s kinda done now,’ but it’s a weird way to bump back into family stuff,” says Soder. “The last hour was pretty personal, so it’s fun to have jokes now that are both personal and not personal, as well as jokes about things like zoos and weird, random shit. It’s a fun process of finding out what’s new and out there.”

Purposely scheduling the string of shows this weekend, since it’s what would’ve been a Patriots bye week had they gone to the Super Bowl, Soder is looking forward to returning to the city, and above all else, whether old friends like Joe List, Tom Dustin and Dan Boulger may or may not be hanging around, Soder is just looking forward to having a good time in the Seaport.

“I’m just really excited to get back to Boston. I fucking love Boston,” says Soder. “I always have fun in the city, and I’m going to have Mike Recine with me, so we’re just really looking forward to having a good time at Laugh Boston.”