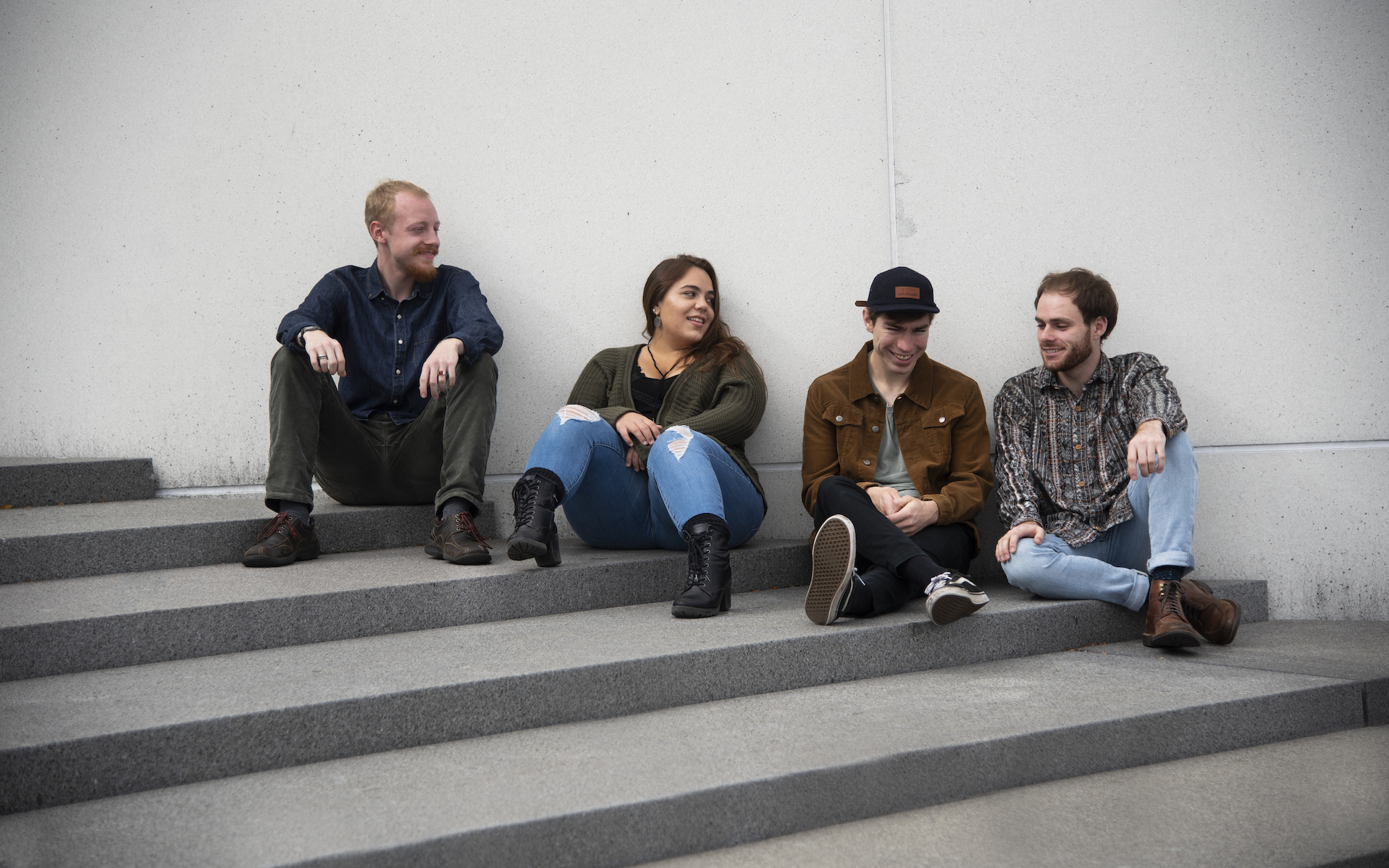 There’s something to be said about the relative calm of January. The hyperactive burst of the holidays fades in the rearview, the cold weather of New England brings a stillness to the region, and feelings on the year ahead offer a chance for both personal reflection and rebirth. All of these emotions seem to swirl within the music of Hush Club, a young Boston indie-psych quartet who today (January 10) offer two textured dream-pop tracks in “Flying Over Utah” and “Saturday,” each offering multiple layers of emotion that feels orchestral, with pockets of twang, indie-pop, and shoegaze intertwined without one overpowering the other. There’s a lot to digest in what amounts to a little more than six minutes of music, but it all adds up to a certain mood that Hush Club are claiming as their own.

“We love recordings that are huge and intimate at the same time, that take us into outer space but also inside ourselves, to familiar feelings and memories,” bassist and vocalist Alasdair MacKenzie tells Vanyaland. “That’s what we’re trying to achieve with these songs and all the other music we’ve been working on lately.”

That includes a full-length released in March of last year, followed by a pair of new songs in April and a fall live EP recorded at Club Bohemia in Cambridge. The last of the group graduated from college in 2019, and the band aims to release another album later this year. These two new tracks are an intriguing taste of where Hush Club are headed. And they bring the listener along for the ride, even if the destination is unknown.

“When write lyrics, we want to honestly represent how we feel, and that often means acknowledging that some questions don’t have easy answers,” MacKenzie adds. “Ambiguity is common in our lives and, we think, interesting, so it’s something we write about a lot.”

The calm of January will soon give way to a busy 2020 for Hush Club, and the next stop in the Boston area, after upcoming shows in Worcester, Pawtucket, Burlington, and Lowell, is a February 22 appearance at Thunder Road in Somerville. Get into “Flying Over Utah” and “Saturday” via Spotify below.