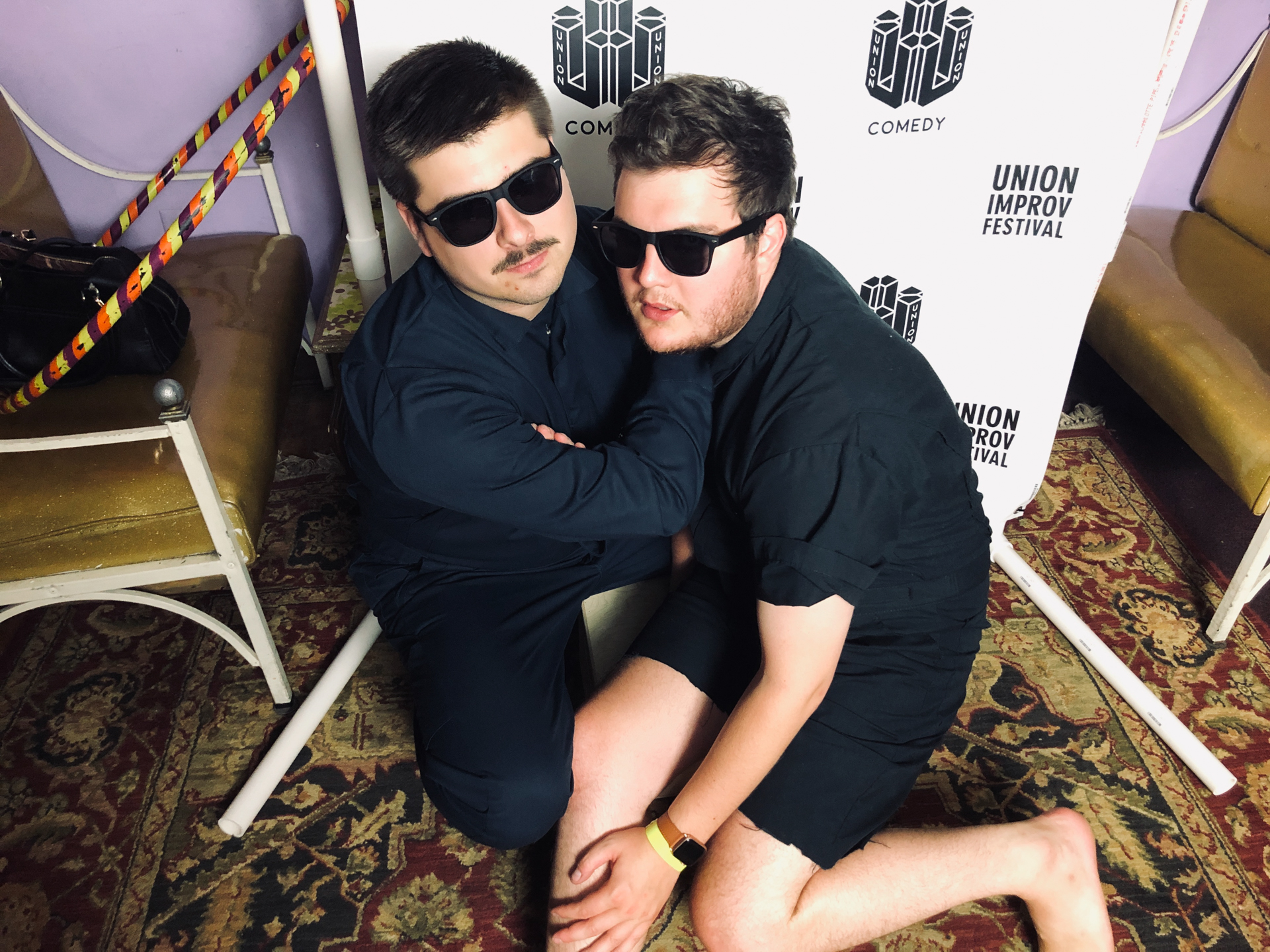 When you haven’t done anything together in music, sometimes it’s better to just go out there and prove that you can make music in a variety of genres, and show that you aren’t just comedians, but also multi-faceted songwriters. At least that’s how Kenny Gray and Will Gianetta see it.

As the comedy music duo Killjay, Gray and Gianetta showcase not only their musical talents and versatility on Hormelle Presents: A Very Chili Christmas, but also their penchant for the strange, as the album’s viewpoint comes from not only a variety of musical genres, but at the root of it, from a chili company. Although they disregarded all warnings to not market their album as a compilation of Christmas classics as created by a chili company, the two ImprovBoston performers persisted and have luckily come away with largely positive feedback where people have said that the album much better, musically, than comedians expected and much funnier than musicians expected.

“The album has made its way around to our friends and family, as well as the improv community pretty heavily, and everyone seems to like it, which is good,” Gianetta tells Vanyaland. “Because we’re so close to it that sometimes, you don’t know if what you made works or not. Especially, when it’s an esoteric joke, and the joke is the thing’s existence.”

The pair met in Somerville about four years ago, and after a number of bar conversations, they realized they shared a lot of common interests in terms of musical background and comedic taste.

“We both grew up playing instruments, and we were both sort of band nerds,” says Gray. “Will went to Berklee, and I played in a band, and as far as the beginning of us having a willingness in making music, we had an interest in doing that in general. But we had some free time, and I just asked Will what he wanted to do, and he said he wanted to make a Christmas album.”

Gianetta doesn’t have an elaborate answer as to where the idea came from, but one thing he can tell us for sure is that it was inspired by the oddity embedded in the pair of cult Christmas standards written by “Weird Al” Yankovic.

“We’re both big ‘Weird Al’ fans, and in the pantheon of Christmas music, his two Christmas songs, The Night Santa Went Crazy and Christmas At Ground Zero are definitely old-time favorites,” says Gianetta. “In approaching comedy music, the concept makes it easier, so I had the idea kicking around for awhile, but I always think about it in December and by that time, it’s much too late to do anything with it, but Kenny came to me in September and asked what I wanted to do, so we had a few months to get it together.”

Gray points that that instead of parodying songs directly, they wanted to emulate something like Yankovic’s pastiches, where instead of parodying a song, Yankovic wrote Dare To Be Stupid in the style of Divo. Gray also admits that making fun of certain songs, in the way a parody would indicate, wasn’t their intention, as they really just enjoyed reveling in the wide array of genres, from country western (“Cowboy Santa”) to rock (“Fuck On Christmas”) and electronica (“Christmas At Your House”), that are found on the album.

“It’s such a weird line to differentiate, because even we had a hard time explaining to people that these are theoretical songs that are just weird,” says Gray, adding “as opposed to making songs like Jingle Bells, but instead of bells, we replace it with farts.”

Both and Gray and Gianetta obviously enjoyed the process of putting the album together, specifically the phyical process of writing the songs themselves, but they both also have their own reasons.

For Gianetta, the structured schedule helped him stay on task, and he was just happy to put on a release party after the fact and reap the benefits of something he and his friend created. For Gray, the best part was having the opportunity to really pour his heart and soul into the project in a way that was intentional, and being able to utilize some of the tools he has learned while doing improv.

But above all else, when it comes to what they hope listeners get out of it, they’re both in agreement that they just want people to play it, enjoy it, and share the weirdness.

“I hope people actually find themselves enjoying the album and loving one song, and I also hope they play one song for a relative and that relative is either confused or upset by it. In the ‘wildest dreams’ world that something we made would become part of someone’s Christmas tradition would be wonderful, where there’s some strange kid out there who breaks out ‘Christmas Goblin’ once a year. That’s all I really need,” says Gianetta, with Gray adding: “Like the Lonely Island said about when they were making Hot Rod, which made a lot of sense to me when they said it, but also in this context, is that I really hope even just one 14 year old kid hears it and decides to be as weird as we’ve become.”