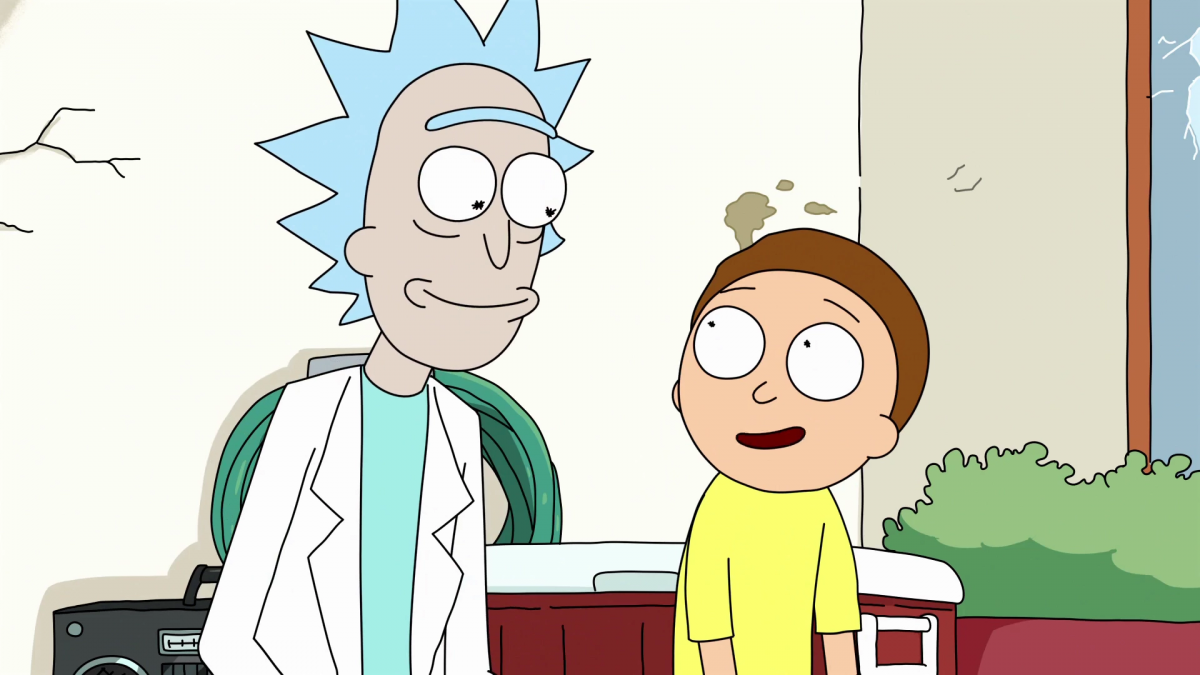 Adult Swim
In Decade in Review

Decade In ReView: ‘Rick and Morty’ caught the 2010s in a pickle

So Rick and Morty is an animated sci-fi comedy that premiered on Adult Swim in 2013 and subsequently exploded in popularity and cultural ubiquity. Then it inspired a big ol’ mess of backlash which culminated in a handful of ugly incidents tied to an ill-considered McDonald’s promotion in 2017. (Google “The Szechuan Sauce Fiasco” for all the embarrassing details.) Despite the unpleasantness surrounding the show during the decade’s latter half, creators Justin Roiland and Dan Harmon signed an 70-episode contract renewal, rumored on the lucrative side, in 2018. At the moment, it appears Rick and Morty is going to be on television for as long as television is still a thing.

None of that makes Rick and Morty distinctive to the 2010s. The Simpsons and South Park hit basically all the same beats in the ‘90s. But Rick and Morty is, nevertheless, entirely tangled up in these previous 10 years, at times despite its own desires and choices. Harmon and Roiland set out to avoid topicality ‘cos plucking stories from headlines would’ve turned the show into South Park pretty quickly. (Or, at least I vaguely remember Harmon saying something to that effect on the Harmontown podcast.) But Rick and Morty became political anyway, because this decade, everything became political. The All-Consuming Discourse mesmerized and assimilated everything and everyone that so much as brushed up across its orbit, which was everybody, ‘cos, y’know, it was All Consuming, not almost-all or partially consuming.

Then again, some things simply are not fine and no one needs to pretend otherwise. The #MeToo wave of comeuppance — which was an extremely 2010s thing — crashed into Rick and Morty in early 2018. Always Sunny executive producer Megan Ganz outed Harmon for sexually harassing the bejesus out of her during her time working for him on the Community writing staff. (If IMDB is to be believed, this also occurred during the twenty tens). Harmon went on his podcast and applied a heap of rigorous self-inventory to the situation, and wouldn’t it have been nice if every other celebrity with a #MeToo allegation to navigate had done so with similar candor?

Or maybe it was just easier to think of Harmon as a swell guy ‘cos we felt bad for him ‘cos of the thing with the Nazis he went through a few months later. Just like they tried to ruin literally everything else this decade, racist sacks of shit went after Rick and Morty by alerting Adult Swim’s corporate parent company, AT&T, to an offensive skit Harmon performed many years earlier. Having, perhaps, watched Disney look stupid for firing James Gunn under roughly the same circumstances, AT&T opted not to get suckered. Harmon kept his job, but the ordeal led to him abandoning Twitter. Now he must say unflattering things about Donald Trump on platforms Nazis haven’t figured out how to use yet.

Maybe Rick and Morty is antifa, but it’s not anti-controversy. Grimes’s problematic ex-boyfriend Elon Musk recently contributed a celebrity voice cameo (S04E03: “One Crew Over The Crewcoo’s Morty”), and it’s only a matter of time before the long-supposed, dreaded Kanye West episode finally sees the light of day.

That’s all stuff that happened tho, that’s not really why Rick and Morty “mattered” to the extent that a television entertainment show about fictional people can “matter.” To explain that, let’s point to the evening of March 17, 2014, when S01E08: “Rixty Minutes,” aired for the first time. What happens in that one is Summer Smith finds out — for a fact, via interdimensional ridiculousness — that her parents would both be much happier and more successful if they had gone ahead with that abortion they talked about 16 years give or take a few months ago. So she does what most level-headed teenagers in her situation would do; pack up a suitcase to start over in the southwest with a plan to do “something with turquoise.”

Morty Smith, intuiting something’s gone awry and seeking to deescalate the situation, lets his big sister know that he, too, and also by way of quasi-science kookiness, knows his whole life is a cosmic mistake. Long story short, Morty reveals that he is a living repudiation of concepts like fate or destiny or any divine plan, and he can’t even get all cranky about it ‘cos it’s basically all his fault. But that’s no reason to panic. As he says to Summer….

So according to Morty, it’s totally possible for everything to fuck up so badly that the world as you know it ends in shrieking horror. But after that, life can go on, and maybe everything turns out just fine after all.

Could be that’s not true but, y’know, it was a rough decade. Sometimes we needed to hear stuff that made us feel better.