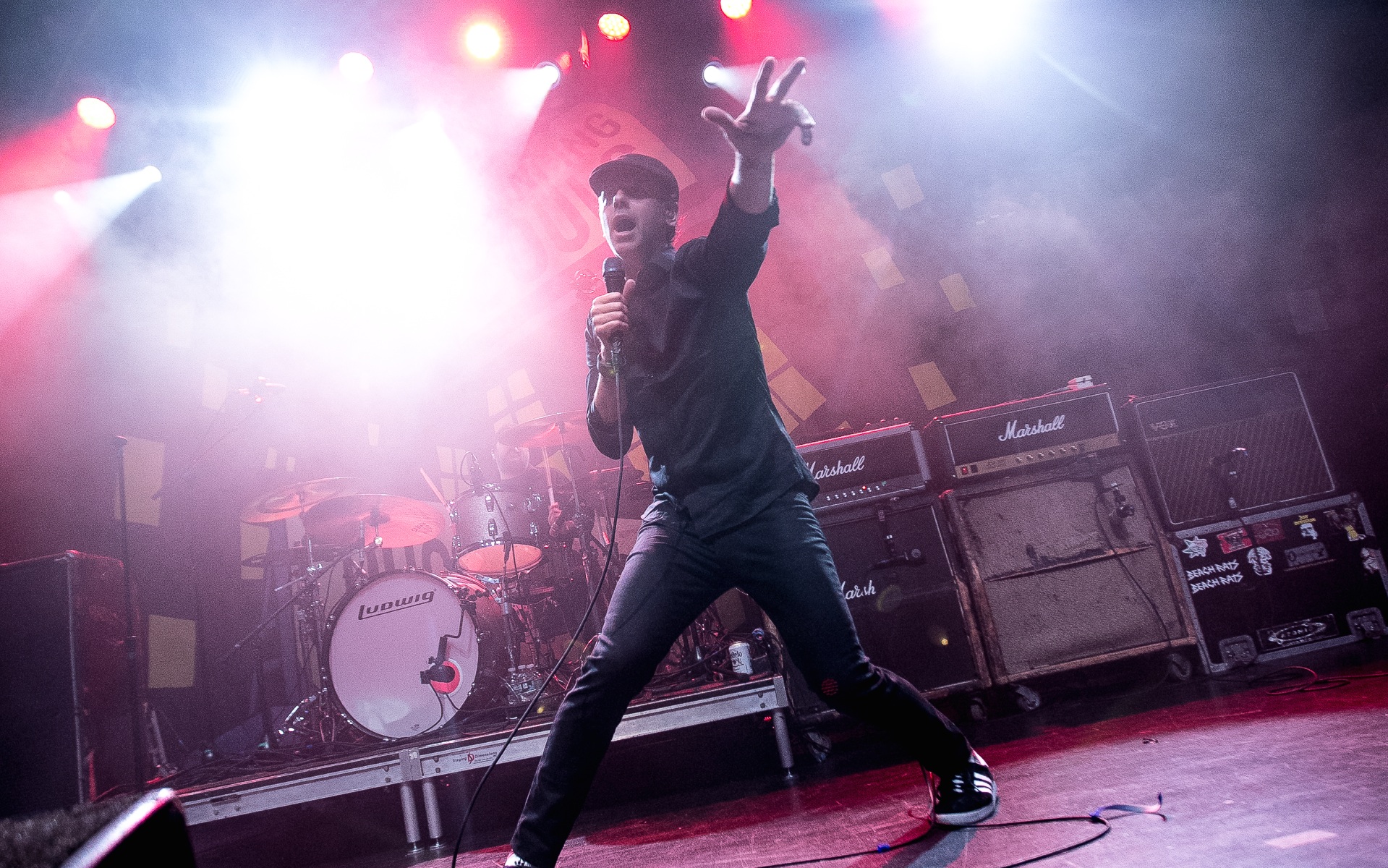 The Bouncing Souls are celebrating their 30th anniversary with a tour covering the globe, and its final leg is an East Coast run that began last night (December 12) at Boston’s Royale. The venue filled in with fans who could be heard throughout the evening recollecting their memories of Souls shows. As the band took the stage, they wasted no time getting into fast classics like “Kate is Great” from their 1997 Epitaph Records eponymous debut.

The optimism and playful vibes were immediately working their way into the cold bitter bones of the Boston crowd. Frontman Greg Attonito hopped around the stage with a goofy, sly smile and smooth dance steps. The evening was full of deep cuts and surprises spanning the band’s career, as well as a special guest: During the encore, Mike McClogan of Boston’s Street Dogs appeared to chant alongside bassist Bryan Kienlin. The two bands toured extensively together in years past, so it was a fitting, perfect surprise.

Lyrics to “ECFU” could be heard from all across the venue hall and from above in the balcony: “East Coast! Fuck you!”, the audience chanted with great pride. It’s a crowd that takes the band’s “Sing Along Forever” to heart. Each time the band returns, you get the feeling they’ll all be back to sing along.

Openers The Bronx hail from Los Angeles, and admitted not being fans of Boston’s cold weather. As one man yelled his hometown as San Bernardino, singer Matt Caughthran could only assume he was in witness protection. Why else would you head east, he pondered? Meteorology would not deter Caughthran’s spirit as he pounced from stage to guard rail and in another rabid leap was over the fence into the crowd, building a wild pit and singing while thrashing and grabbing fans skulls. Strike Anywhere are another band that could be seen alongside The Bouncing Souls routinely in earlier years. During their set, Thomas Barnett rallied the crowd political tracks that all ring true to this day. Their anti fascist/democratic socialist logo feels even more relevant today.

Check out images from all three performances below.