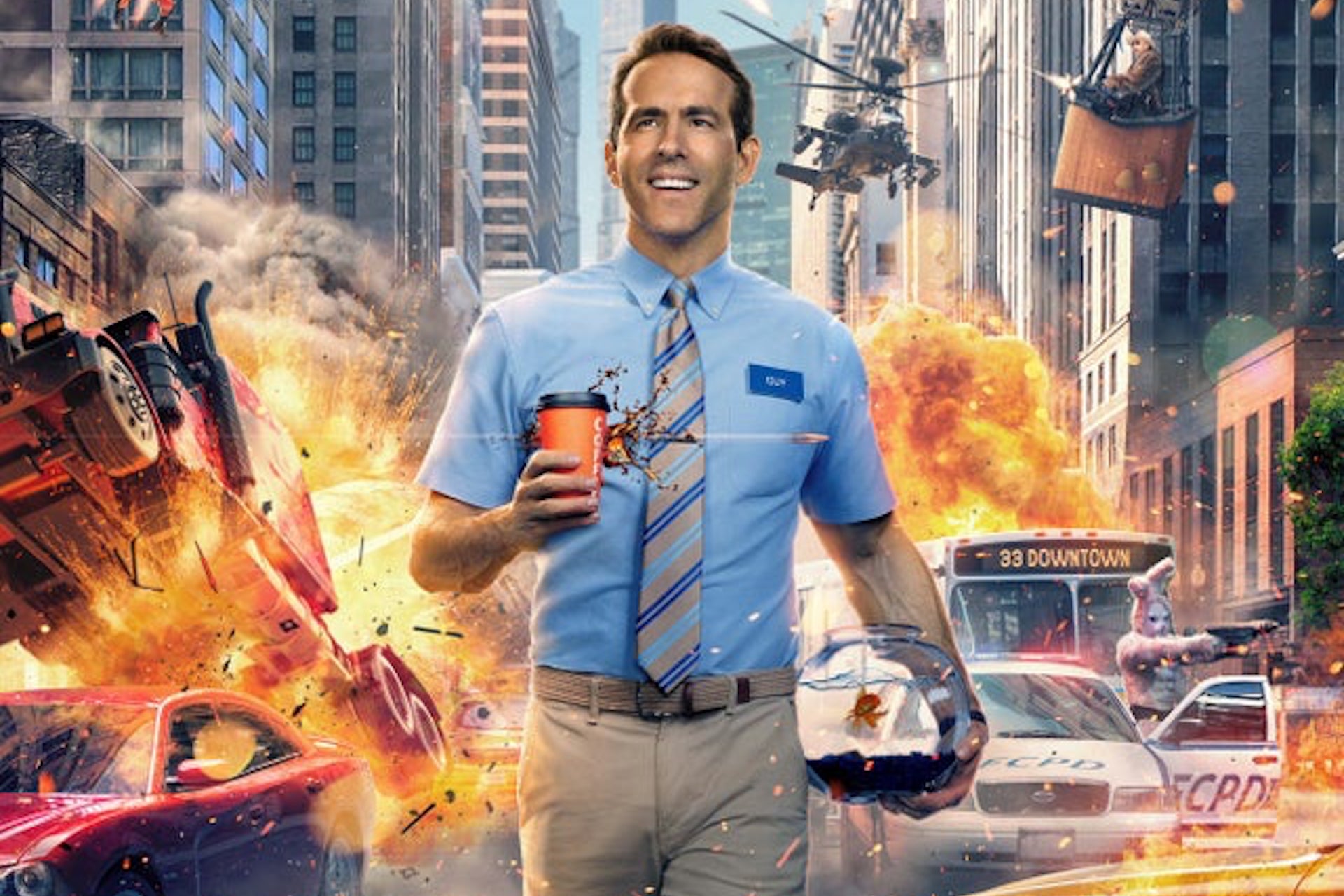 Happy College Football Conference Championship weekend, everybody. Given that this is one of Disney’s biggest sports broadcasting weekends of the year — only eclipsed by the actual playoff later this month and the championship game in January — it makes sense that the Mouse would drop a big ol’ trailer in the middle of the Big 12 championship, which featured one of Saturday’s biggest match-ups in Oklahoma vs. Baylor. Surprisingly enough, it was a Fox feature, Shawn Levy‘s video game comedy Free Guy, starring Ryan Reynolds, Taika Waititi and Joe Keery, that got the spotlight instead of a traditional family-friendly Disney product. And you know what? It looks solid, and we’re not gonna bet against the dude who made Real Steel, which we’re still hoping gets a sequel one day.

So, this looks fun enough! We guess that it’s good that Disney already owns this film so that they wouldn’t have to sue somebody for ripping off Wreck-It Ralph, but this looks like a perfectly cromulent Ryan Reynolds movie. It’s amusing (and somewhat terrifying) that Reynolds is already settling into his Court Jester position within Disney, given that pre-footage title card ragging on the Mouse’s remakes this year, and it seems like it’ll be a bellwether as to how the Deadpool franchise — and the actor’s smart-ass persona — transitions to a studio who famously hates humor about its properties that isn’t brand-friendly.

Take a look at the film’s first poster, which is actually kinda fun, all things considered:

“In Twentieth Century Fox’s epic adventure-comedy ‘Free Guy,’ a bank teller who discovers he is actually a background player in an open-world video game, decides to become the hero of his own story…one he rewrites himself. Now in a world where there are no limits, he is determined to be the guy who saves his world his way…before it is too late.”