Studio 52 Featured Band of the Week: The Scrooges 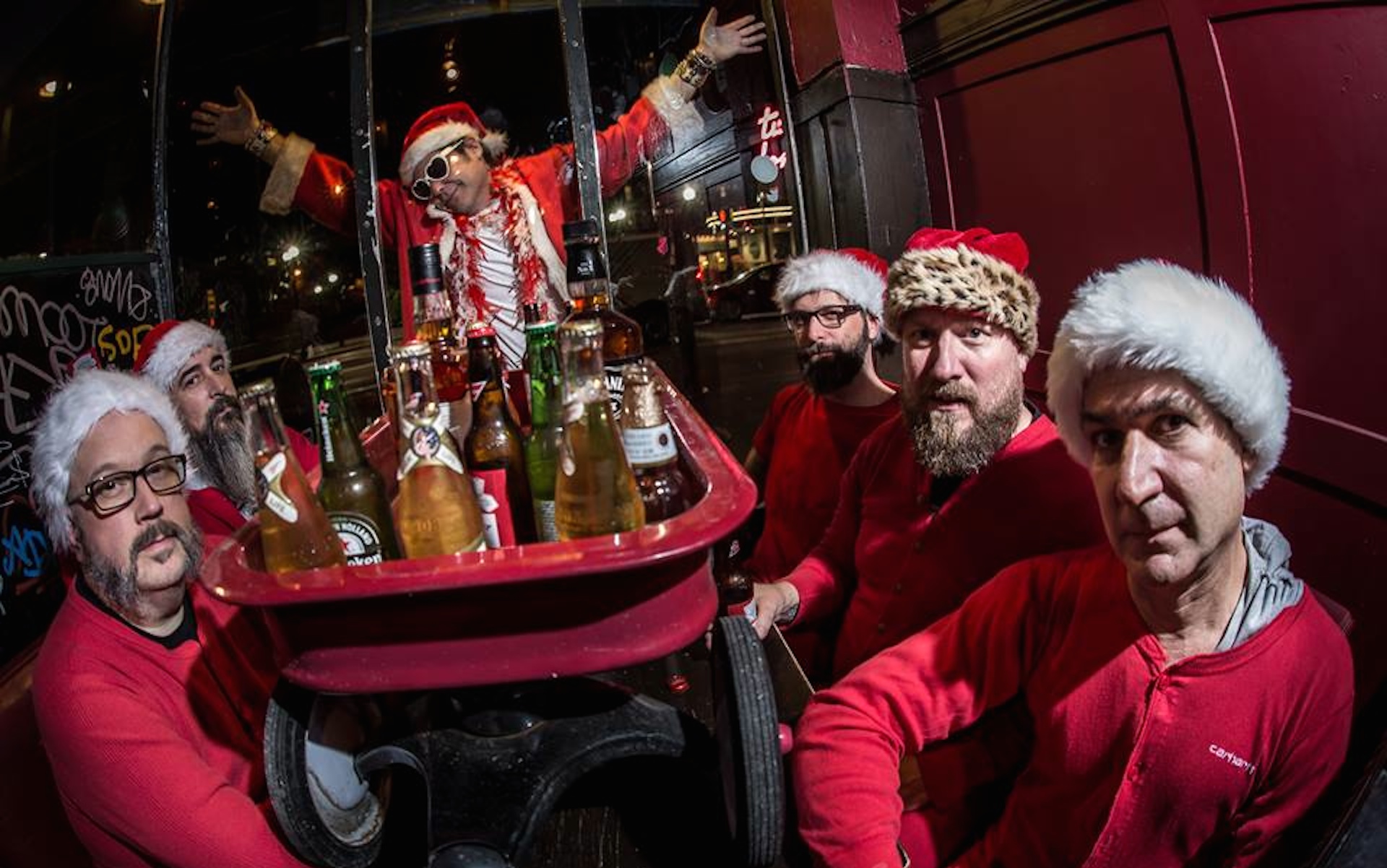 What Studio 52 Says: It’s that time of year again: The sun sets at noon, your neighbor put a space saver in your driveway, and clinical depression has joined forces with good ol’ seasonal depression. The holiday season is stressful as hell once you’re no longer 12 years old, but it shan’t be forgotten that we’re soon to get a visit from the jolliest, hairiest, most elusive guy on the planet. We are, of course, talking about Dave Unger, the hero at the helm of Boston’s best holiday tradition, The Scrooges.

For more than 20 years now, The Scrooges have spread holiday beer during the month of December; playing the music of punk rock pioneers The Stooges, each member dressed as Santa Claus. If you’re a fan of Iggy Pop and you’ve never seen these guys play before you’ve gone off the rails; not only do they execute the tunes spot on, Unger kind of moves like Iggy when he’s up there. If you’re not familiar with Iggy Pop and The Stooges, what better way to get acquainted with their material than having six drunk guys dressed as Santa Claus play the bangers for you live?

All we know here at Studio 52 is the holidays don’t begin until we can hear Scrooges rehearsal happening from our front office. Last year The Scrooges celebrated their 20th anniversary at ONCE, and that means the band itself is now old enough to drink, so come tie a few off with its glorious members. The Scrooges play Saturday night, December 7, at ONCE Ballroom in Somerville with support from Brix N’ Mortar, The Von Traps, and Nice Guys.

Attend: The Scrooges play ONCE Ballroom on Saturday (December 7) —