Photo Gallery: Matt And Kim and The Frights live in Boston 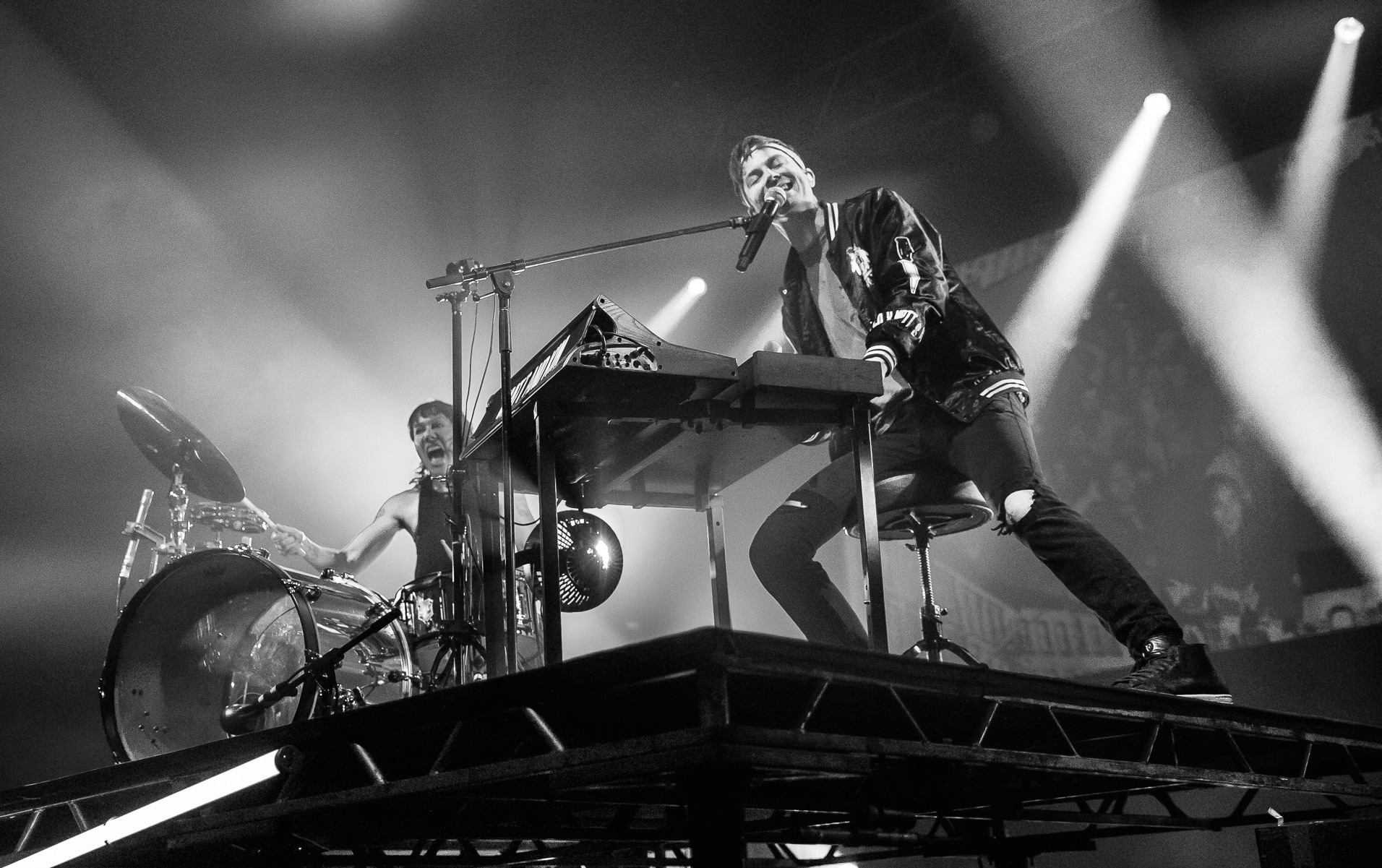 Here's your 2009 to 2019 challenge in band form: A decade ago, Matt Johnson and Kim Schifino released Grand on Fader Records, under the moniker Matt And Kim. The label debut was a breakthrough album for the indie duo, with their single "Daylight" propelling them into the limelight. The album began with humble beginnings, being recorded entirely at Johnson's childhood home in Jacksonville, Vermont. On Friday night at Boston's House of Blues (November 22), the band celebrated Grand's decade birthday performing the album in its entirety.

While the album has garnered them much love through the years, and packed venue indicates a stronghold amongst fans, Schifino was quick to point out on stage that the recording process as a very difficult one, as Matt wouldn't let them have sex while in his parents' house. Perhaps as a means of reconciling with the difficult past, well-endowed Matt and Kim blow-up dolls flew through the venue as they played the album, bouncing from fans to fan as a sultry new version of a beach ball. During one track, Schifino upped the ante by drumming with massive bi-racial dildos.

The evening was gratifying release felt far and wide as fans danced to every track. Upon the band's request one fan even crowd surfed from the front of the house to the bar for a Budweiser and water, and back to the front. He hopped on stage with the band and poured (spilled) the liquids into the band member's mouths (and all over their faces). A little spill couldn't erase the smiles from anyone's faces. These over-the-top optimists were thrilled to get everyone in their positive mindset. It was the perfect kickoff to the weekend and celebration of their album.

Openers The Frights brought their blend of punk surf rock to open the evening. The jamming, curling rhythms built a buoyant mood. It was a California dream that the San Diego quartet was wiggling into ears with crunchy, wobbly guitars and splashy cymbals. Check out our full gallery of both performances below.