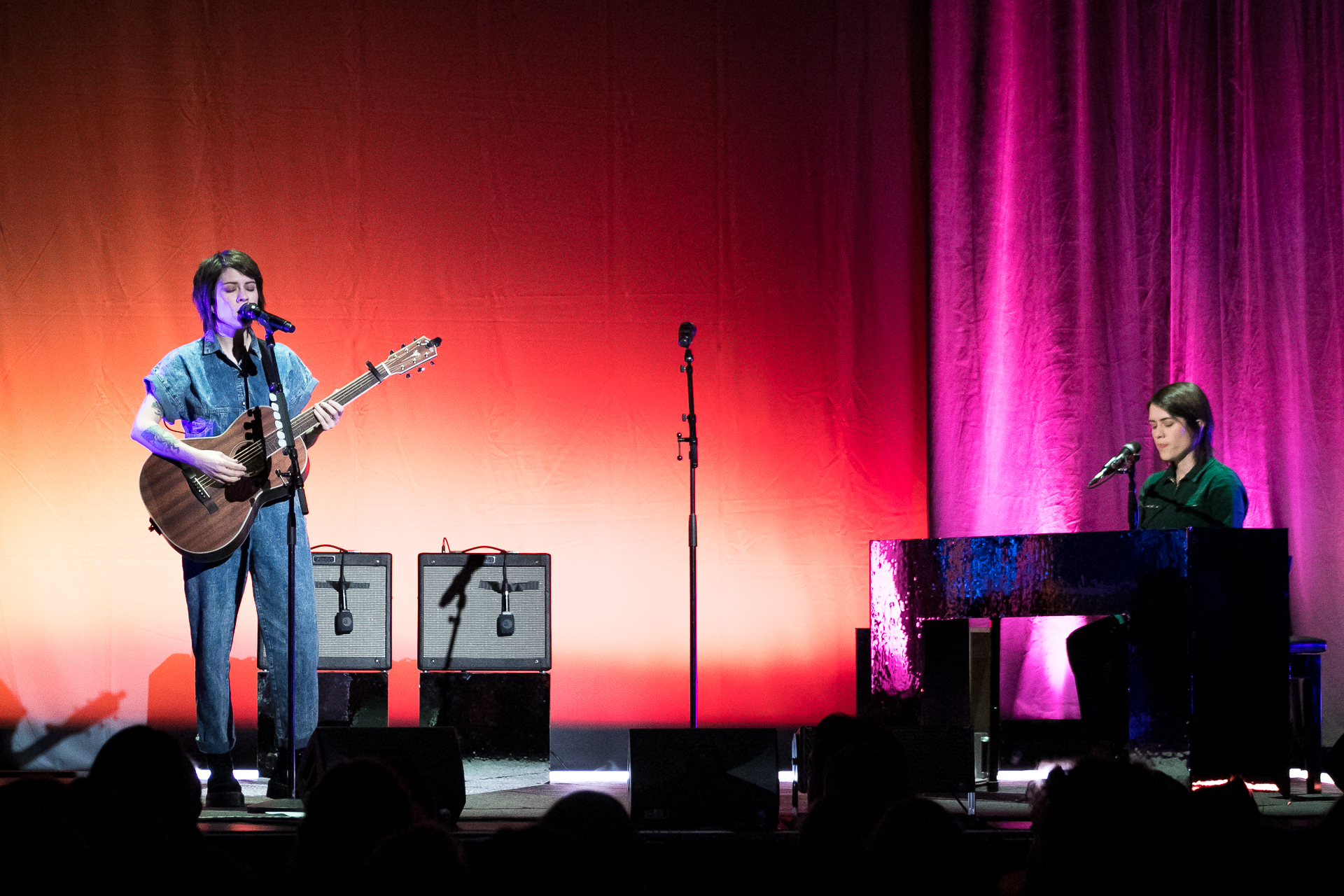 Tegan And Sara returned to The Wilbur on Friday night (October 25) for a sold out evening on the heels of their newly released memoir High School and its companion record Hey, I’m Just Like You. The venue was a beautiful setting as this tour is a scripted show that is half monologues, half stripped down musical performances. The stage was as open and straightforward as the twin sisters.

Pulling books from a shelf dramatically lit behind them on stage, they took turns reading passages of their teen years spent finding themselves. They read recollections of homophobic classrooms, the chill and confusion of new emotions, and how to balance these feelings in a environment where it wasn’t embraced. The struggles in their stories were accompanied by home videos from these formative years in Calgary, Alberta. These showed the evolution of their personalities and careers in a very endearing way.

As one must imagine any twins experience, the sisters battled heavily growing up. They couldn’t get along, and pushed away from one another at times, trying to be independent. During the set, they chronicled their discovery of acid and how that changed their relationship. Tripping together enabled them to reconnect — and ponder if Mario of Super Mario Bros. was always growing and jumping higher from mushrooms. Was he just getting high, too?

Another pivotal discovery was of their step-dad’s acoustic guitar when their parents weren’t home. They strummed broken notes that weren’t chords, and it sounds like they fumbled hard. But they did so together, and grew together. Eschewing homework and chores, they developed as musicians instinctually. The instrument quickly became an outlet to express what they were going through. Sara was able to talk about her feelings for then secret-girlfriend Naomi through music. This outlet truly allowed them to grow and become the inspirational creators that they are today.

Half of their set included tracks from their earliest cassette recordings, which have been re-recorded with their current skills on Hey, I’m Just Like You. The banter of the sisters throughout the evening, though scripted, gave fans a very intimate, personal look into their path. Explosive cheers filled the historic venue, empowering all to never concede in being themselves.