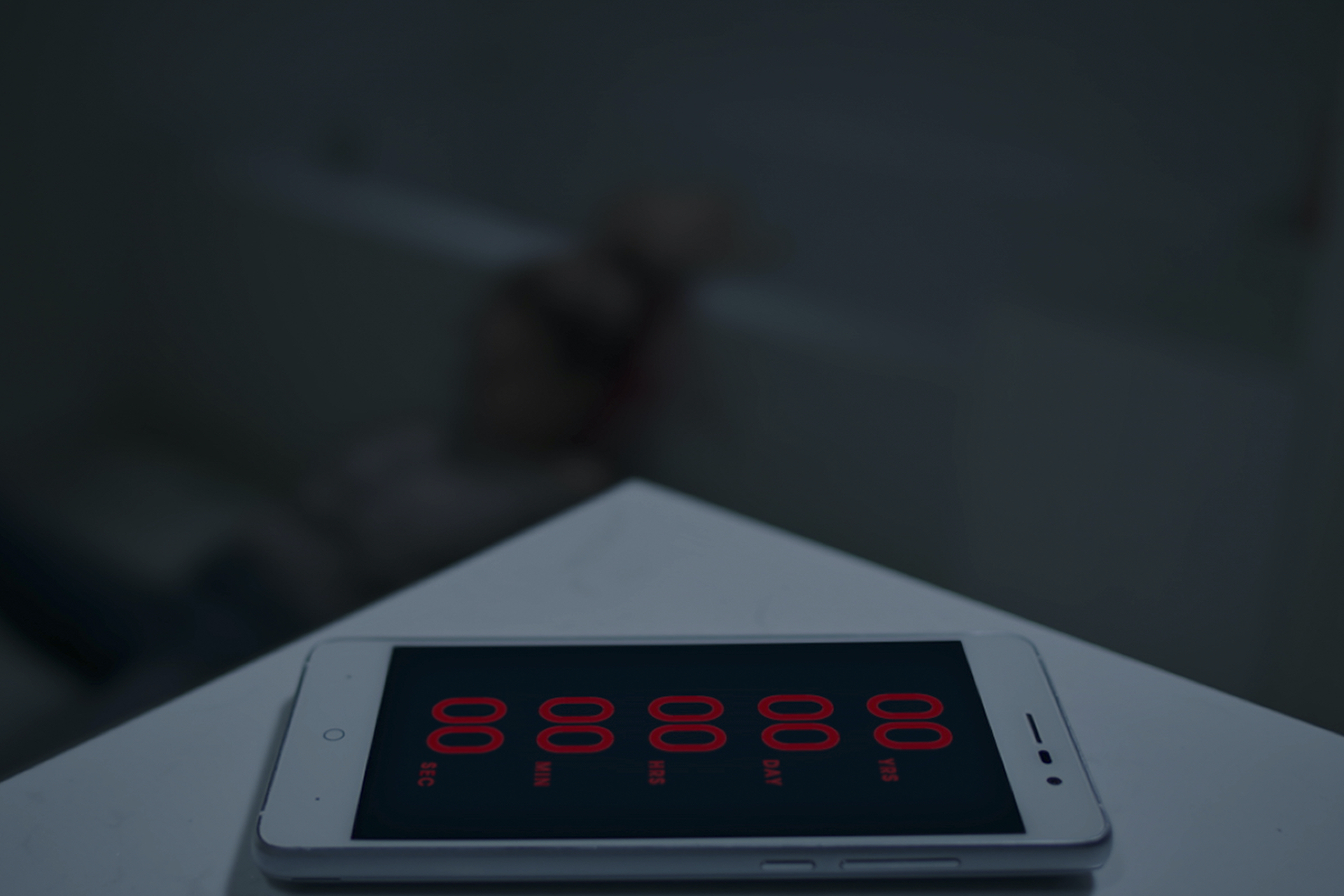 The premise of Justin Dec’s cellphone-centric horror flick Countdown feels about as fresh as a tucked-away box of Mr. T Cereal that your grandmother forgot to toss out when you (or your parents!) visited one Christmas almost four decades ago. It’s sat there on the shelf, collecting dust and rotting on the inside, but unlike The Cereal That Pities The Fool, Countdown has collected neither ironic or monetary value in doing so. A functional riff on the same “timer” mechanics that defined some sci-fi flicks earlier in the decade (In Time, Tim3r) and a way-less-fun retread of the Final Destination series, Dec’s film tells the story of a truly “killer app,” which, when installed in each of the main characters’ off-brand iDroid X Galaxies, supposedly shows the date and time in which they’re going to die. Some people get decades and decades before they’ll hit the bucket, others are dismayed to discover that they’ve only got a few hours left. And, sure enough, as one girl finds out early on, if you dodge the reaper in the intended way you’re going to die — such as getting out of your drunk boyfriend’s car before he puts the key in the ignition — you’ll violate your terms-of-service agreement and get yeeted up and down by a straight-up fucking demon.

That joke about not reading the fine print is an easy one in this day and age, given that people are often surprised and dismayed when they discover, say, that their smart assistant is actually spying on them, and that they might have known from the start that their data was being processed by a three-headed corporate monster if only they’d just bother to read. But that’s where the jokey criticism of Countdown stops, as once Dec settles into the main groove of his story, about a nurse (Elizabeth Lail) who downloads the app on a lark and soon has to try and save her sister (Talitha Eliana Bateman) and new pal Matt (Jordan Calloway) from certain death. And, you guessed it, there are no Silicon Valley losers behind the curtain here: we’re dealing with demons, folks. Yes, the code is written in Latin, there’s a straight-up Grim Reaper-looking motherfucker stalking the app’s users, and there’s other esoteric and deeply goofy mysticism involved. At least that twist is responsible for the film’s one truly amusing character: P.J. Byrne’s “hip,” Grubhub-demanding Priest, who sadly disappears from the narrative far sooner than he should.

I’ve often talked about the need for adult horror fans and gorehounds to layoff the hatred they foist upon PG-13 horror, as a whole lot of young adults and teens discover that they like the genre because of these stupid movies. But with Countdown, I’m in total agreement with them: the film’s rating helps to ensure its toothlessness in every facet. None of the deaths are exciting or intriguing, and it’s almost an insult to the Rube Goldberg mechanics of the Final Destination series’ kills when compared to what’s on display here: it’s like rolling a ball down a hill and declaring yourself a master of incline mechanics. The characters aren’t compelling enough to really dig further into (though whoever said that this film has the same message as Frozen on Twitter deserves a medal), and the demon at the film’s center is unknowable and, as a result, not very scary. The tech industry is amongst the world’s most potentially terrifying industries, and it’s weird how Dec wants to avoid indicting any person or aspect of our screen-addled culture as a cause here. It’s just demons, he wants you to think, completing the full disconnect between the people who make these programs and the people who use them, rendering their very-learnable programming skills into something mystical and beyond our knowledge. And it’s on that front that Countdown truly shows its age, as its mindset is more suited to Dark Age Europe than our modern world.