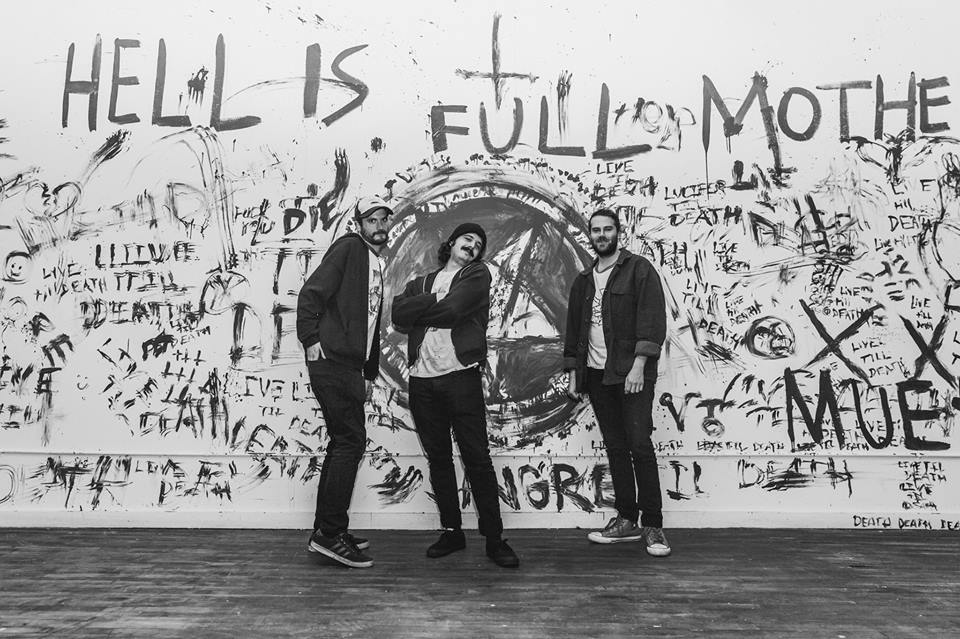 What Studio 52 Says: Boston’s Nice Guys continue to embody the quintessence of the city’s basement punk scene and have a self-titled LP due out next week. After a batch of releases since the band’s 2012 inception, the group looks forward to this release as their first full-length. It’s also the first proper recording featuring their latest drummer Pete Bayko who joined the group in late 2016. “It’s been amazing having him as drummer,” Nice Guys tell Studio 52, “his playing style definitely has brought out the best in all the rest of us.”

Bayko joins guitarist/vocalist Alex Aronson, guitarist Matt Garlick, and bassist/vocalist Jake Gilbertston in the construction of the album. Judging by the first three tracks they’ve made available, the band has continued to refine their talents over the years and give us their cleanest performance yet. Aside from the exceptional production done by Ben Semeta from the Boston band Black Beach, the grungy erraticism of the songs give confidence that this is their finest jaunt yet and is hopefully indicative of the direction they’re following. They’re also planning on working with Semeta on another full-length this coming winter.

New releases usually beget release shows and it’s fortunately par for the course in this case. After hitting The Firehouse in Worcester tomorrow night (October 12), the release show for the band’s self-titled record will be held Thursday night (October 17) at O’Brien’s Pub in Allston with Landowner and Editrix. Following that, they have a Halloween night set planned for the same venue as well as an opening slot for the Tunnel of Love reunion on November 23. They’ll continue to carve up New England before hopefully doing some extended touring next year.

In speaking with Nice Guys, they professed their appreciation to the Boston music scene for helping them blossom and shine in the steadily evolving landscape. “The resiliency of this music community is really amazing,” they say. “Despite high rents and constant encroachment by development, the scene is holding strong and there’s always new and exciting bands coming up.” We’re immensely grateful to have groups like these to further stoke the local music scene and watch it continually thrive and expand with fresh new acts and modern legacies.