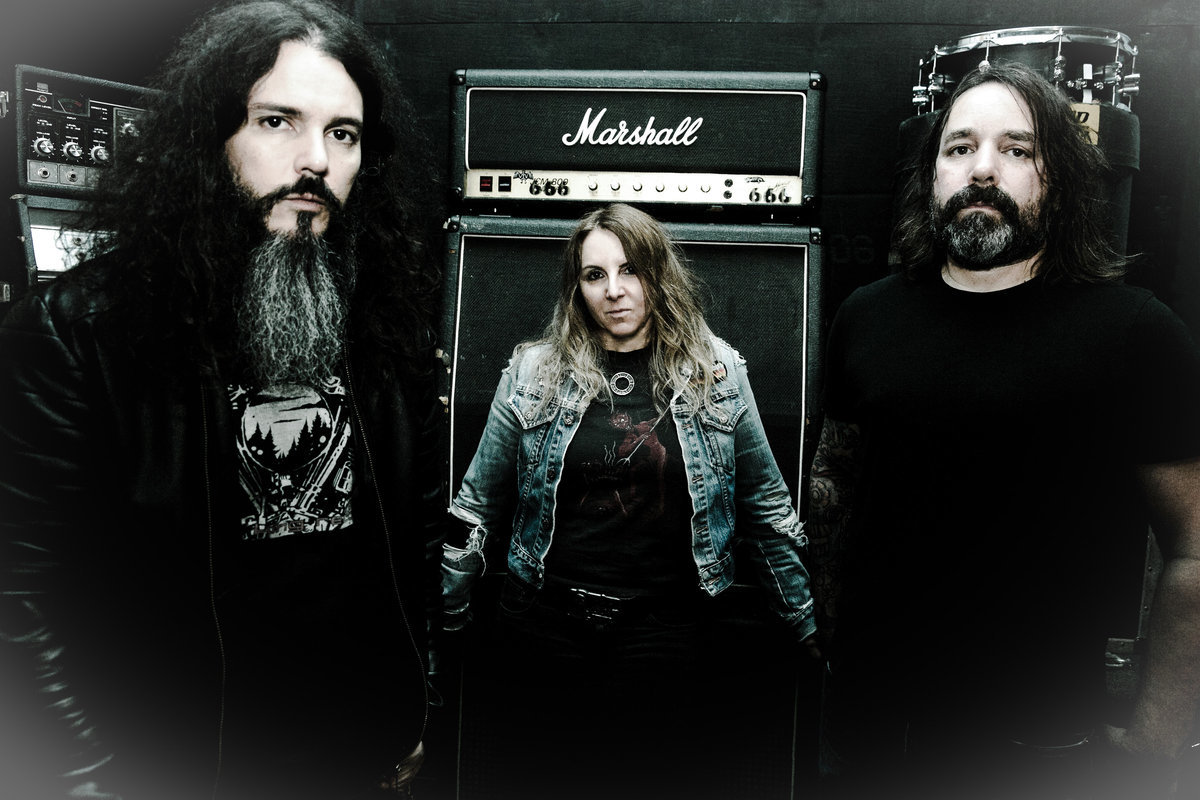 It’s a complete and utter mindfuck that Acid King’s Busse Woods turned 20 years old last month, as the Bay Area band’s 1999 sophomore album sounds as relevant and etched in modern-day stoner rock as any in the genre. With a new re-issue from Riding Easy Records at the ready, the heavy trio blast into Club Red in Mesa tonight (October 10) for the latest stop in the LP’s 20th anniversary tour.

For this tour, Busse Woods — which famously takes its title from the Illinois forest preserve system Acid King frontwoman Lori S. frequented as a teenager in the ’70s — will be played live in a new light… and order. Deep cut “Carve the 5” has finally made its live debut, and Acid King are playing the six-song LP in reverse, apparently.

“This album defines the band in many ways,” Lori S. says. “It’s the one we get asked about the most… For the old fans that bought this record 20 years ago, I hope they’re excited to hear the songs all played for the first time like this. By the same token, I hope that a lot of new fans who haven’t heard it also have a special experience. We’re going out of our way to make it special for everyone. It’s what Acid King was always meant to be.”

Get re-acclimated below, and score tickets to tonight’s Mesa show here.