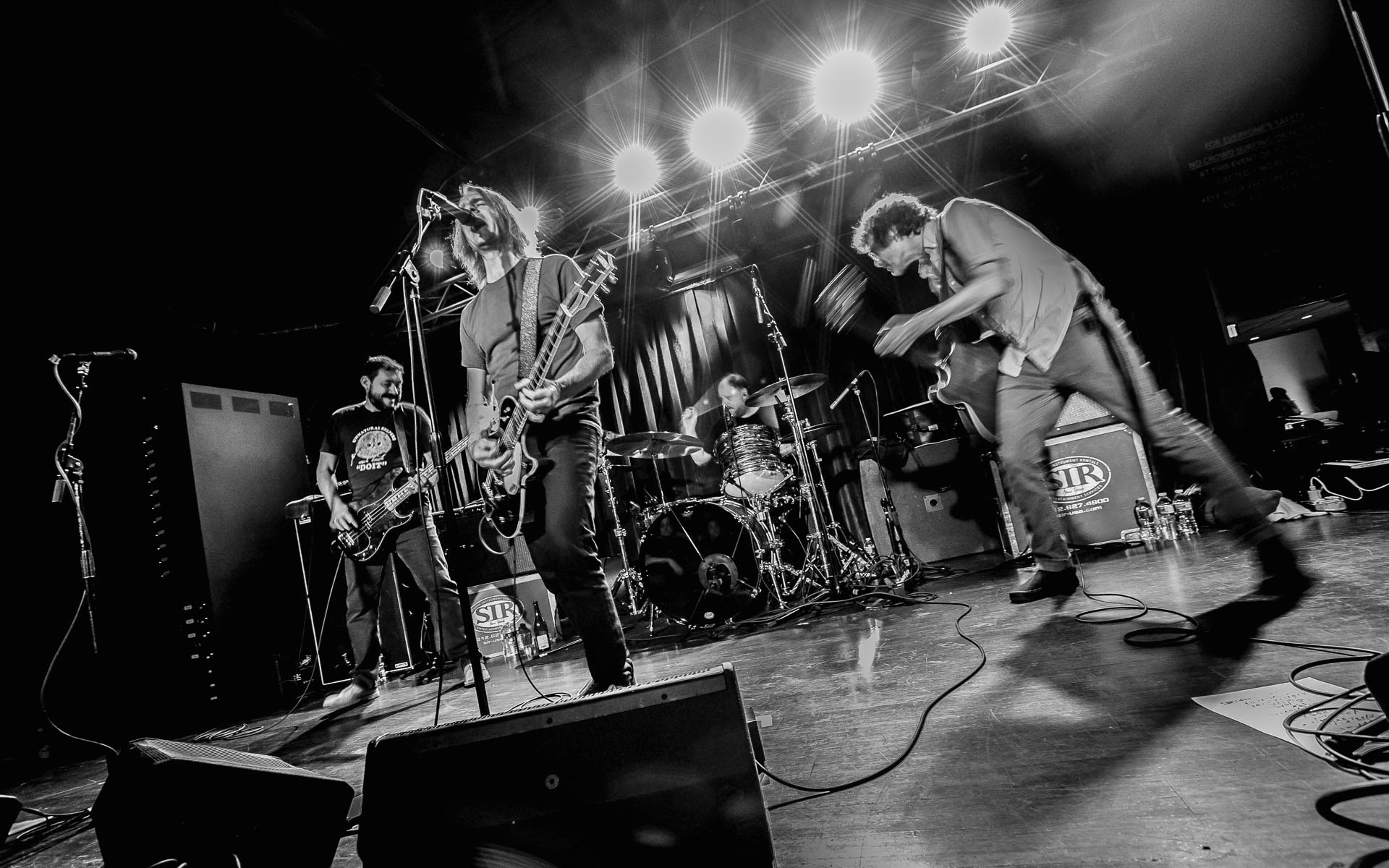 With two slabs of Sub Pop brass in one night, the East Coast is in for a real treat with Mudhoney and Pissed Jeans playing shows together. As the brief stint began Friday night (October 4) in Boston at a sold-out Brighton Music Hall, the line stretched out the door as Pissed Jeans were rumbling out their first track. Lead Matt Korvette was steadfast with his gyrations and one of a kind stage persona that is equal parts lurky and pouty. Did his pants rip in the first track, or were they always ripped? Either way, he doesn’t mind being the butt of a good visual joke. Pissed Jeans’ hypnotically noisy blend of punk held the audience captive; even when guitarist Brad Fry’s effect pedals cut out in silence for a prolonged pause, the suspenseful return seemed to fit in.

Meanwhile, Mudhoney ringleader Mark Arm has a highly signature voice that has rung through the underground for decades and inspired countless musicians. Mudhoney’s muffled sound as a band helped define the early Sub Pop Records days, and as we sit here in 2019, they continue to give. Last month they released a seven-song EP with their OG label, and on this Friday evening in Allston, the crowd spectrum connected fans from the beginning mixed with fans young enough to earn an “X” on their fists. Mudhoney, wildly tight and talented as always, serenaded with 27 tracks from across their catalog, including a Black Flag cover for the closer. Take a look at some images from both performances below.