Angel Olsen casts one mesmerizing spell on ‘The Tonight Show’ 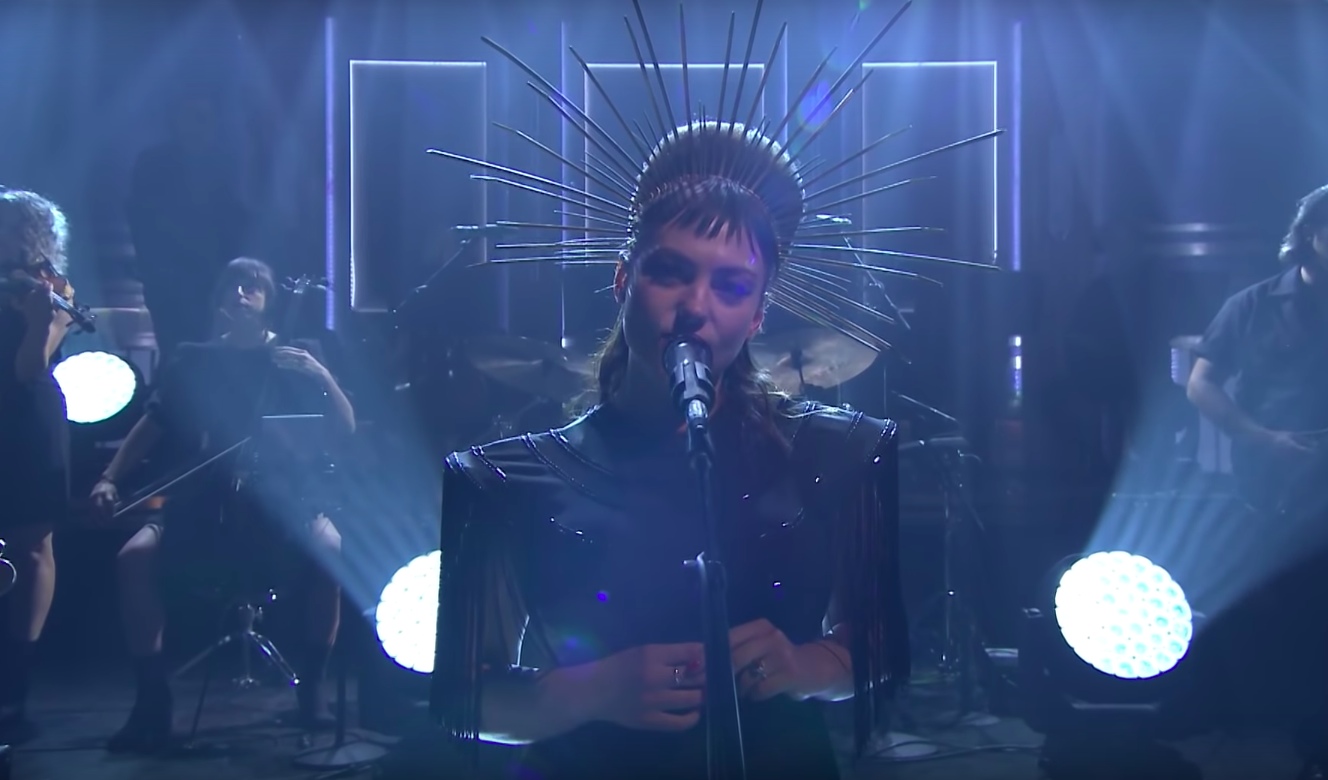 There are a handful of intriguing albums out today on this New Music Friday, but none have captured our attention — and built up such anticipation — quite like Angel Olsen’s fifth album All Mirrors. Last night the American musician took to The Tonight Show to perform its enchanting title track, backed by a string section that augments the composition’s already lush ambience. It’s a remarkable performance with the ever-captivating Olsen as its centerpiece.

“I chose this one as the title because I liked the theme: The theme of how we are all mirrors to and for each other,” Olsen says of the song. “Even if that is not all of it, there is always an element of projection in what we’d like to see in people and scenarios and in the way we see ourselves in those scenarios, with those people.”

We have a few weeks to properly digest All Mirrors, the album, in full, before Olsen plays Boston’s Royale on November 19 and Phoenix’s Van Buren on December 2. If last night’s late night TV performance is any indication, we’re in for quite a spell.