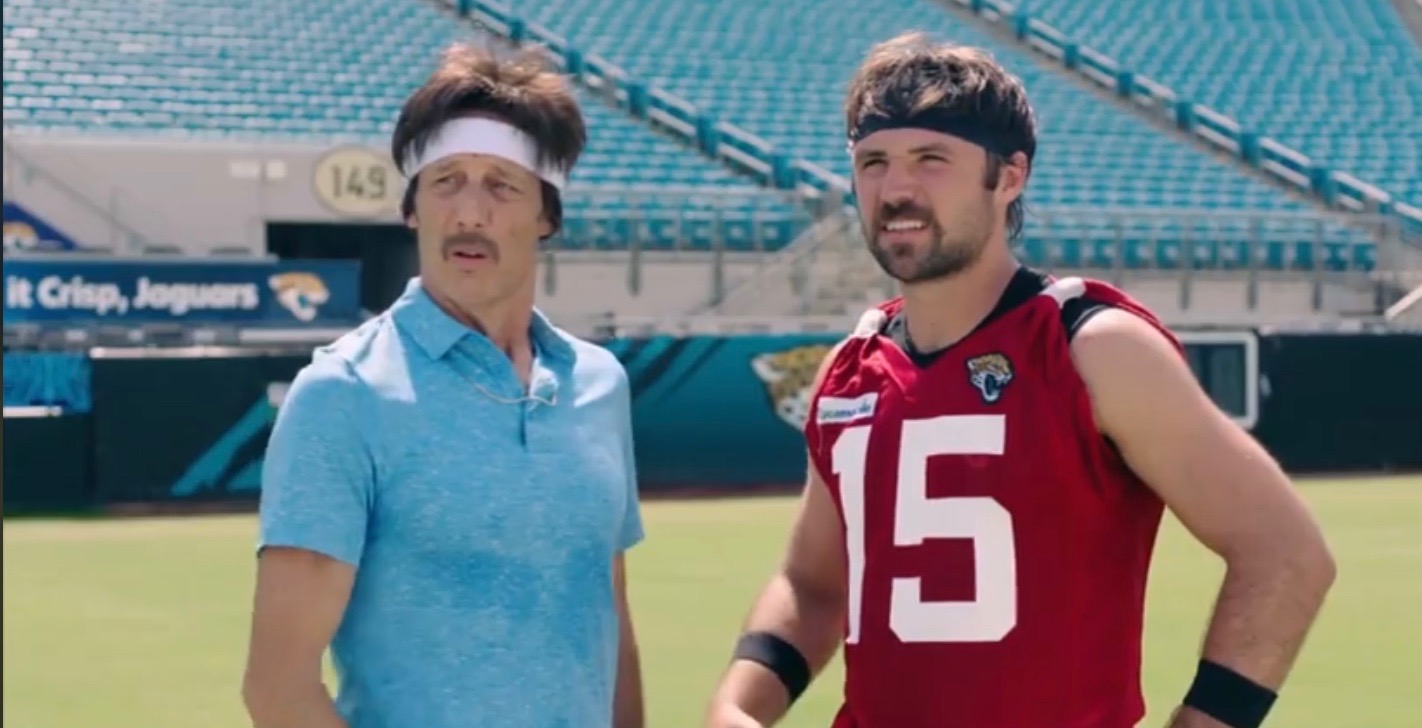 Jacksonville Jaguars quarterback Gardner Minshew II has taken the NFL by storm through the first quarter of the 2019-20 season, with his free-wheelin’ demeanor, penchant for sporting cut-off jorts, and his wonderfully quaffed mustache all adding to his pop culture mystique. And although the Jags sit at an even 2-2 record after yesterday’s win against Denver, the 23-year old has put up some legit numbers in each of his four appearances since taking over for an injured Nick Foles.

And he has one person to thank for his abilities — Uncle Rico.

During a short skit for NFL Countdown on Sunday (September 29), ESPN’s Chris Connelly helped to bring the already lengthy and humorous legend of the rookie signal caller to even higher comical heights. Napoleon Dynamite actor Jon Gries reprised his iconic role, driving his orange Dodge Santana to TIAA Bank Field to meet up with Minshew to get a feel for the QB, and really see who could throw a football over them mountains.

Watch the clip below. It’s glorious.