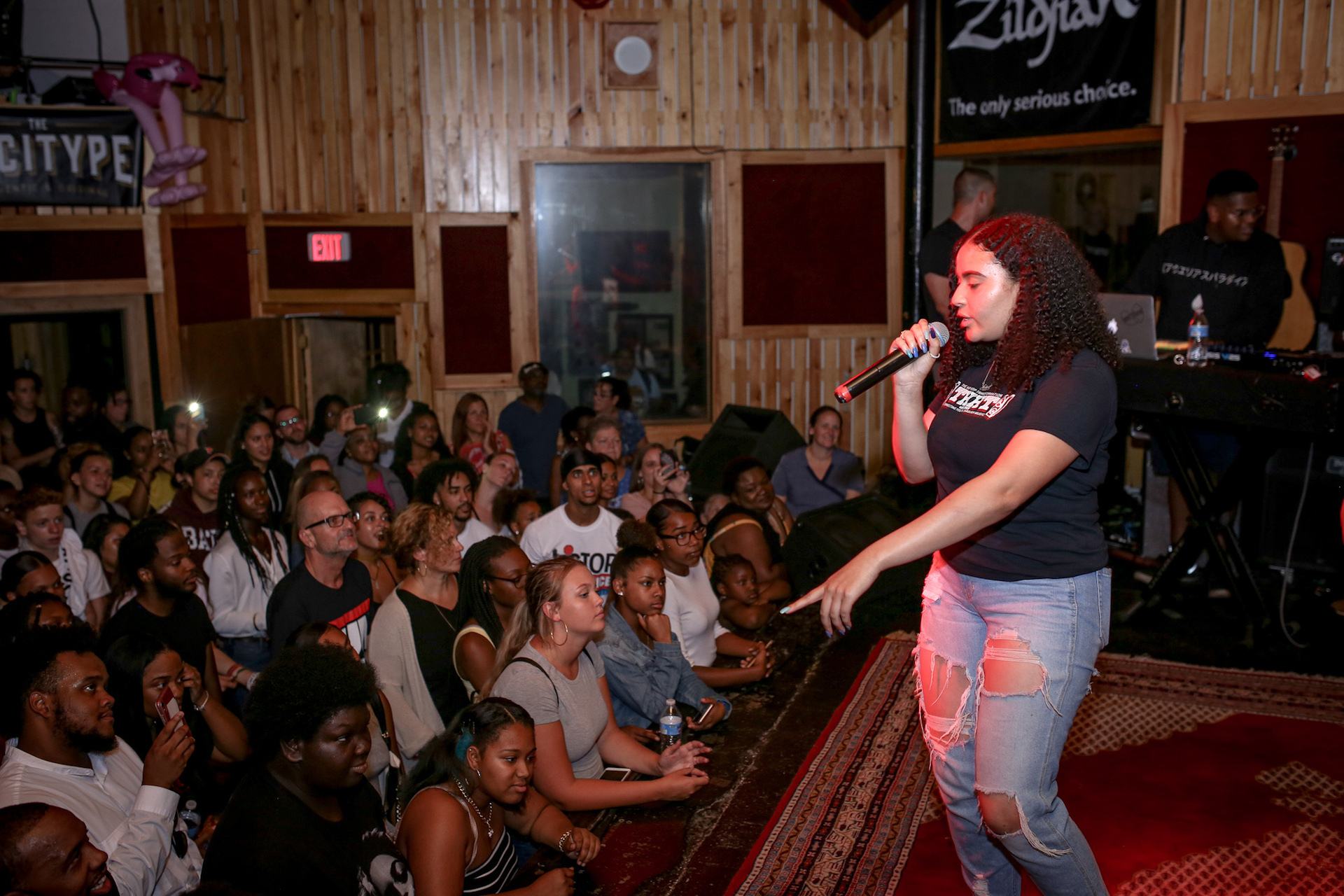 After seven summers of bringing real-life music experience to Boston-based youth, The Hip-Hop Transformation is growing in more ways than one this fall.

Along with a double album of their 2019 participants’ work being released today (September 24), the Cambridge-based music education non-profit is expanding from a summer program to a year-long one with help from The Boston Foundation’s Shout Syndicate Fund.

“We’ve known for a little while now that we HAD to make this program available to teens year-round,” says Darrin Korte, The Hip-Hop Transformation founder and executive director of the Cambridge Community Center. “The past two school years we pieced it together with staff volunteering most of their time to make it happen. This year, we were fortunate to get funding from The Boston Foundation’s Shout Syndicate Fund to make the year-round program a reality.”

Launched in 2013 by the Cambridge Community Center in partnership with the Cambridge Police Department, The Hip-Hop Transformation (THHT) offers free, multi-dimensional education sessions on hip-hop, from the history of the genre, to writing, recording, and recording music. This year’s offerings are twofold: The Cloud Sessions and Footsteps On The Moon, wrapped into one double album called The Bigger Picture.

While the cap had previously been 20 students per summer, THHT will now start offering sessions year-round, presenting far more opportunities to bring new students into the loop and strengthen the relationships between current students. The organization welcomes teens with both extensive musical backgrounds and no musical backgrounds at all, but participants do have to be in the 14-18 years old age range.

“This [expansion] was necessary because the kids wanted it,” Korte explains. “THHT does a great job of engaging kids who are often times hard to engage in other programs. Offering the program for seven weeks each year simply wasn’t giving these kids enough of what they needed. THHT creates a family-like bond among the program participants. We are excited to continue building on that connection year-round instead only engaging students for seven weeks in the summer. We know the positive impact that this program can have on teens will grow exponentially by extending the time frame.”

“This age group is also important because it is the age group that mainstream hip hop markets to the hardest and influences the most,” he adds. “We want to teach students in this age group what authentic hip hop culture and music is and deter them from the negative messages often found in mainstream hip hop music. With that said, we are currently working to expand the program to include middle school students and young adults between the ages of 18-24. We are planning to roll both of these programs out in 2020.”

The original seven-week summer schedule managed students’ time to help keep them on course to completing the compilation album: One week was strictly dedicated to learning the history of hip hop music and culture, four weeks were for writing, recording, and producing music, and two weeks were spent finalizing the songs and rehearsing for an end of the summer performance.

Each compilation is mainly student-made, although some beats are “donated” from area producers like The Arcitype, David “Lightfoot” Bellow, Latrell James, and Jon Glass. Lightfoot (who doubles the director of audio for THHT) also contributes a large chunk of the mixing and mastering of each album. This year marks THHT’s first ever double album release, a choice dictated by this summer’s students.

“It was actually the kids decision to make it a double album because they realized that some of the songs they were creating were high energy while others were more laid back,” Korte adds. “They decided which songs went on each album and decided on the tracklist for each project.”

That key choice is just one of the ways that THHT helps to guide teens while they’re in the driver’s seat of their respective budding musical careers. Listen to the students’ first milestones — The Cloud Sessions and Footsteps On The Moon — below. And witness the evolution of a Transformation.