‘Rambo: Last Blood’ Review: The end of the line for Sly Stallone 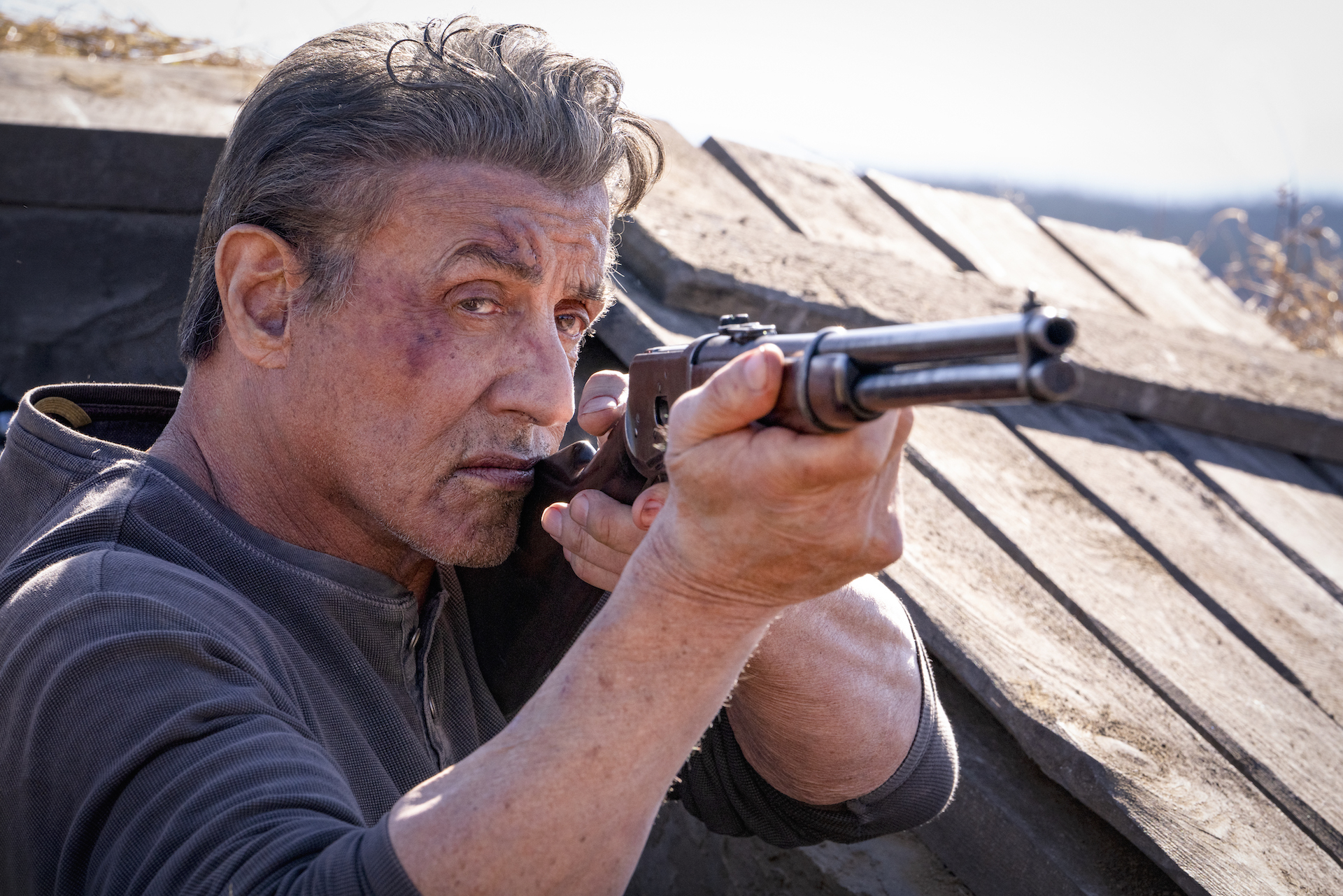 Those are the words of Maria (Adriana Barraza) upon learning her granddaughter has died at the hands of a ruthless gang of Mexican human traffickers midway through Rambo: Last Blood, the fifth and supposedly final installment of Sylvester Stallone’s Rambo franchise. She speaks these words to John Rambo, now an aging farmhand long retired from his mercenary career, as he asks her to leave their Arizona homestead and never return.

Rambo himself, it seems, is condemned to a lifetime of sadness. A man defined by the endless trauma sustained in the American military and resigned to a deep, unabiding loneliness. And yet, as we the audience know well, Rambo is a killing machine. A human terminator filled with primordial rage — the living embodiment of American foreign policy capable of taking out entire armies with but a single firearm. It’s not surprising that he only ever rears his head in cinemas when there’s a Republican in the White House. He is the distilled paradox of our white male persecution complex — simultaneously wielding the most powerful forces on the planet and yet always the victim.

Rambo: Last Blood picks up where the last installment, 2008’s Rambo left off. John Rambo has returned from Burma to his father’s Arizona ranch where he has lived in relative peace for the past 11 years. At some point in this time he met Maria, with whom it is not clear if his relationship is romantic, and has become the father figure of her granddaughter Gabrielle (Yvette Monreal). “Uncle John,” as he’s called, has filled the void left by her own father, who abused her mother even as she died of cancer and eventually abandoned them to start a new life in Mexico. Gabrielle, now a young adult, longs to reconnect with her father, even as Maria and Uncle John beg her to forget it. “He’s an evil man,” Maria tells her.

Gabrielle of course ignores them to drive to Mexico where her friend Jezel (Finessa Pineda) has located her dad. Upon meeting him, he unceremoniously tells his daughter that he never loved her or her mother and shuts the door in her face. Heartbroken, Jezel takes Gabrielle out for a night on the town. But when a shadowy man slides something into her drink, she wakes up in a grimy hallway, sold into sex slavery.

The film thrusts Stallone’s Rambo into an unusual position for the character: That of investigator. Much like Liam Neeson trying to track down his kidnapped daughter in Eastern Europe, Detective Rambo moves from lead to lead trying to rescue Gabrielle. But unlike that PG-13 action franchise, Last Blood somehow envisions an even nastier, even more sadistic world. One of the first moments of action involves Rambo finding the man who drugged Gabrielle and with his bare hands snaps the man’s collarbone through his skin. He finds the heads of the trafficking ring, who overpower Rambo — a man in his 70s — and promise him that for this transgression they will make every day of Gabrielle’s life a living hell. And indeed they do, she is repeatedly shot full of heroin, the gang’s mark is carved into her face, and she is raped an indefinite number of times. When Rambo finally reaches her, she dies in the car ride back home — taking with her the last glimmer of light Rambo believed existed in this world.

Last Blood is a nasty, unforgiving film. And one full of the inconsistencies, inherent bigotries, and fear of our fellow man that modern reactionary politics thrives upon. If Reagan transformed Rocky Balboa from a noble loser into a symbol for American Excellence by winning the Cold War in the boxing ring, then Trump has turned Rambo from a Vietnam revenge fantasy into a walking husk of America’s most innate paranoid prejudices.

It’s not that Rambo is spitting slurs at the Mexican criminals at the center of this story — he would never do that. It’s just that in this film Mexico is a foreboding, grim place where nothing good happens and all the Mexican characters just so happen to be rapists and drug dealers. It just so happens that we see shots of a border wall. Just so happens that a clear divide is made between the cleanliness of the Rambo family farm and the grimy urban streets of the ill-defined Mexican city. And these men are innately evil, the black heart of civilization that only rural survivalism can protect against.

See, Rambo has built under his farmstead a series of underground tunnels, for reasons that aren’t quite clear except that they maybe resemble the tunnels dug by the PLAF during the Vietnam war. After Gabrielle’s death he boobytraps his lair, returning us all the way back to First Blood, and heads back to Mexico to lure the gang back home. Without a war zone, it seems Rambo needed to make one for himself. And it’s here where Rambo returns to his primal instincts, the elemental killing machine we’ve come to expect.

The final sequence is a phantasmagoria of exploding bodies. When Rambo impales a man, he makes sure to shoot the corpse. Why let a body go undesecrated? And when the spectacle settles down, and the last of the cartel has been stomped out by American Excellence, Rambo can finally rest. He sits on his porch and reflects on the loss and pain of his life. He is always under attack by a not-so-invisible enemy, he’s been destroyed by the savagery of the other. Anyone he ever loved has not just turned to stone, but tortured and humiliated in the worst ways imaginable. “Hurt” by Johnny Cash didn’t play over the end credits, but it should have.

Rambo is the reactionary’s empire of dirt. Lost in a fantasy that they will one day by ravaged by the hordes, and only they will emerge victorious. They planned ahead, they saw it coming. Rambo is their idol, he gives them affirmation that their fear and hate is righteous… as if the media somehow manufactured consent for these feelings. The trauma and misery is just part of the fantasy. It is noble, it is how they feel every day. Their suffering is his suffering. And he will make you hurt.