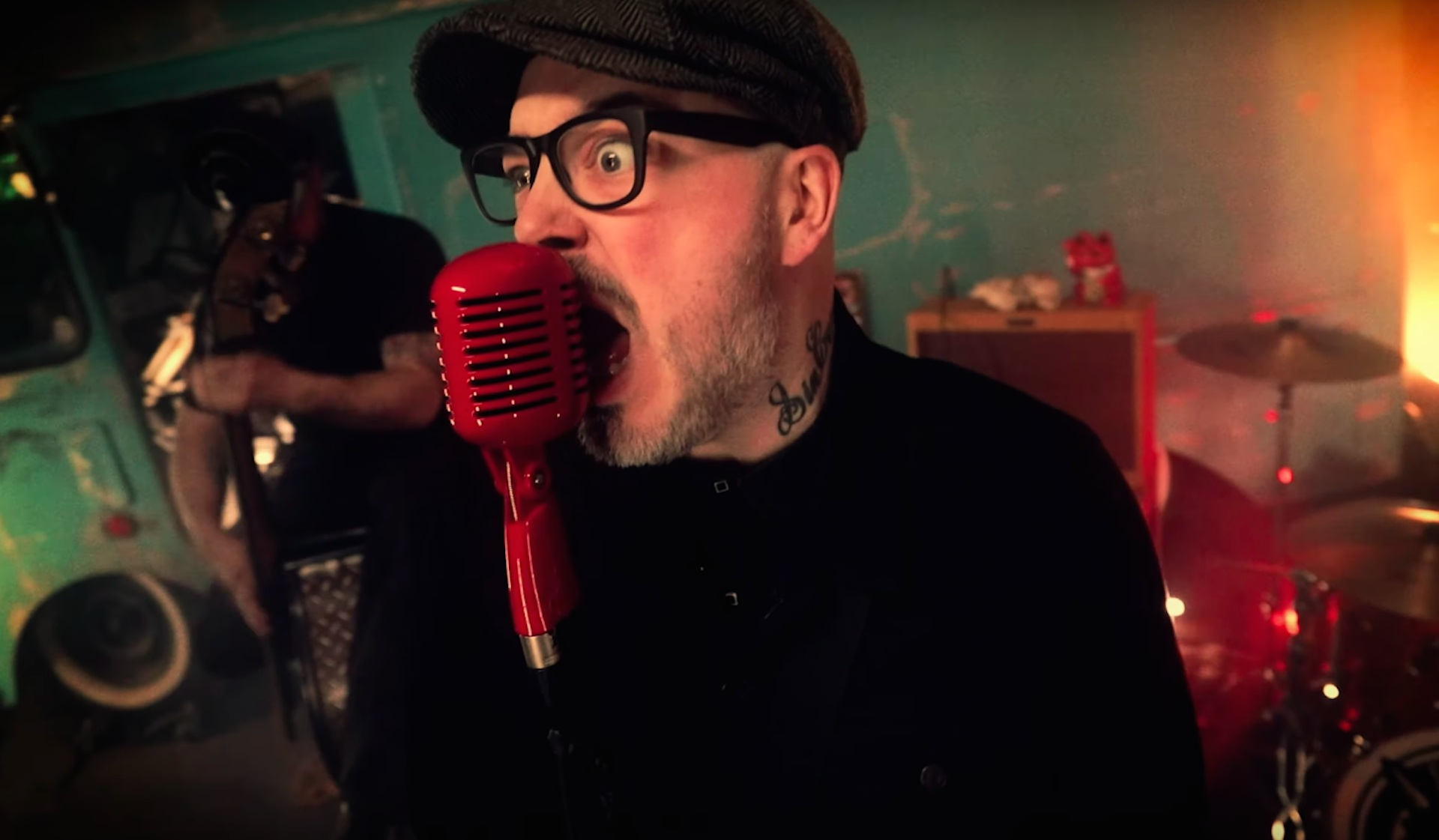 Summer is usually the most casual of seasons, but Diablogato know no such speed. The Boston garage rock band, fueled by those white-hot rockabilly, outlaw country, and punk tendencies you used to read about, drop their new record Old Scratch this Friday (August 23), and pretty much hit all of New England to spread the good word.

So it makes sense that the EP’s standout barnstormer, “Too Far Gone,” is all about those extended road trips, cruising down the highway crossing state lines and knowing there’s no turning back. That’ll be Diablogato this weekend and beyond, as Old Scratch gets the old school record release treatment Friday night at Opus in Salem before the dudes hit Manchester’s Shaskeen Pub on Saturday, and Three Sheets in New Haven on Sunday. From there, they’ll crash The Met in Pawtucket on August 30, and circle home to play the JP Music Fest on September 7.

What they’re slinging at each stop is a rocket-fueled ripper of a new vinyl 12-inch record that comes armed with a few surprises, including covers of classic Boston punk tracks from Kings of Nuthin’ and Ducky Boys, and a visually awesome blank b-side screen-printed with the band’s sinister cat logo. Seriously, this State Line Records release is one of the coolest looking pieces of vinyl we’ve seen in a hot minute, and is certainly worth whatever coin they’ll be asking for at each show.

Get into the “Too Far Gone” video below — filmed in Pawtucket and directed by Shawn Marazine — and get a feel for just how these Boston rock and roll lifers like it.