Khalid at TD Garden: Always the lover, never the fighter 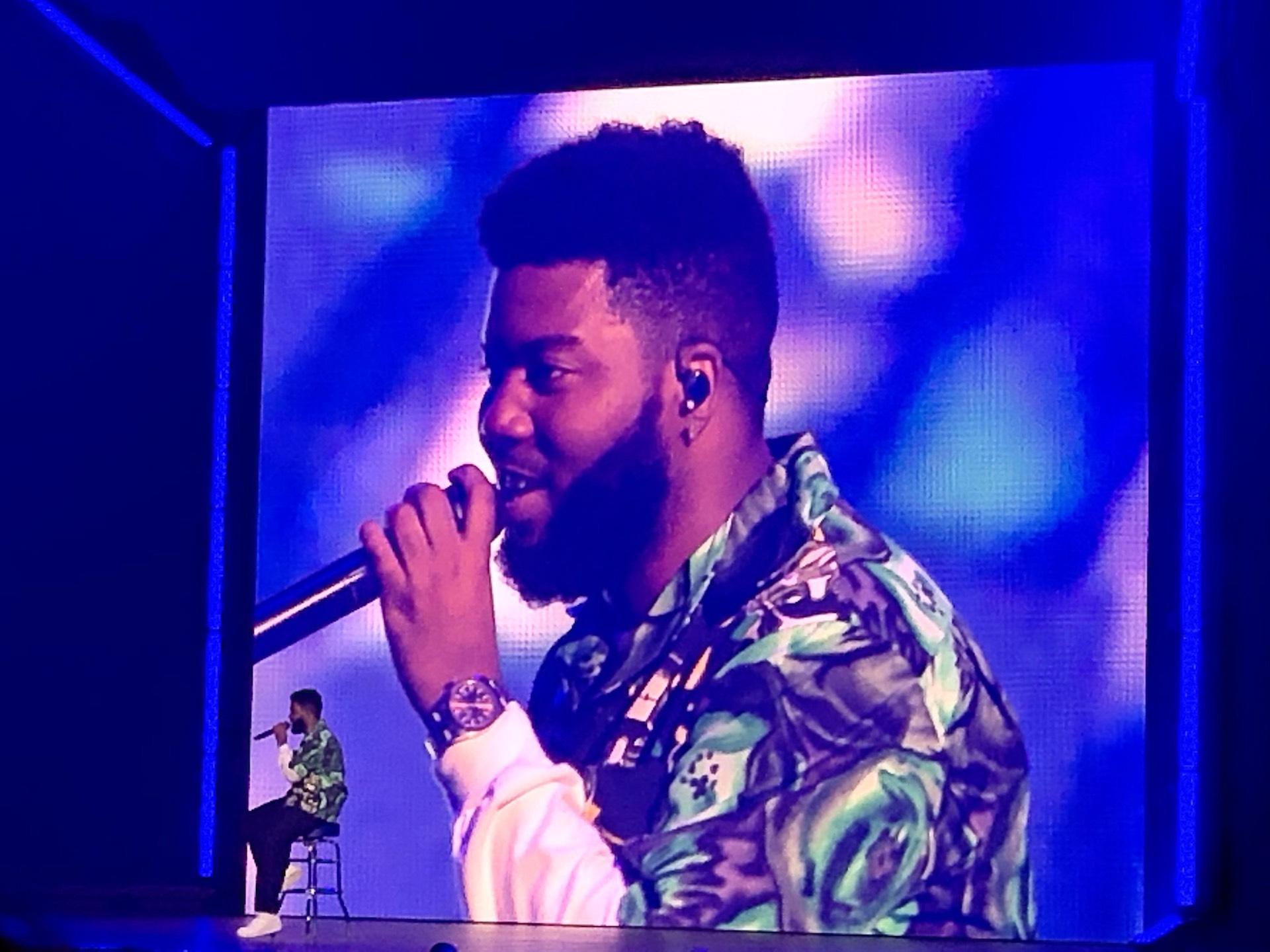 Built in 1995, TD Garden isn’t used to hosting artists younger than the esteemed arena itself. Last Saturday (August 10), that general rule was broken — twice in one night.

Khalid and Massachusetts’ own Clairo, 21 and 20 respectively, reined in their kingdom of youth under the banner of Khalid’s Free Spirit Tour, a salute to his mellow coming-of-age story. In 2019, this is where being “young, dumb, and broke” gets you: In front of a rapt audience of 17,000 people clutching your specially-branded, mighty-expensive athleisure wear.

Carefree, ill-advised youth has always been a frontrunner of themes in mainstream music — pop, rap, rock, or otherwise — but the formula hasn’t fared nearly as well for anyone as it has for this 21-year-old Texan.

There are a million facets of the Khalid story that merit exploration: Nabbing a quadruple platinum song when you’re barely legal to drink, being fully prepped to perform for two whole hours on only two LPs’ worth of material, and securing the honor of being one of the most streamed artists in the world on Spotify — in the spring, even being declared Number 1 for a period. It’s a stacked career for a singer who isn’t a household name… yet (household name here being defined as if the average pair of parents know of him). The only way the youth-in-control theme could be driven home any harder would be if Lil Nas X (also 21) hopped on the tour with all five versions of his record-shattering debut single “Old Town Road.”

While the boy band musical model is seemingly on loan to the realms of K-pop and J-pop, reflective American youngins like Khalid, Clairo, and Billie Eilish are venturing into the abyss of the streaming era alone. They walk their pensive paths unaccompanied, their brooding functioning like a cultural magnet for similar young adults who cling to kindred spirits. Khalid wields a secret weapon that doubles down on his popularity, though; he’s a case study in the unintentional heartthrob.

Albeit rolling solo, Khalid’s live show still harkens to some kind of pop mold. He’s got a squad of backup dancers that fill his empty stage — empty because the live band is off to the side, so as not to obstruct any aspect of the full-on swoonfest.

The setup of minimal distractions amped up the intimacy when he perched on a stool, effortlessly crisp haircut on display, singing about keeping your number in his contacts post-breakup in “Saved.” That’s the modern dreamboat sentiment: We’re over but I kept those digits juuuuuuust in case (not unlike the drop-a-pin attitude of “Location”). Boy band he’s not; ideal boyfriend material for 20-somethings he is, R&B ballads and all.

Run down the list of ideal traits in a partner, and based on his musical ethos, Khalid nails them all. He’s not crude, he’s laid back but still emotionally invested, and he never surrenders to the ploy of being helplessly corny. Nothing about Khalid or either of his records is polarizing — that’s how you create a monthly Spotify listenership of 56.7 million people. Not even Ed Sheeran, the romancer or choice these days, can say the same (Why? Look at the lyrics of “You Need Me, I Don’t Need You,” that’s why).

Some serenades sparked simple bliss (“Better,” “Motion”) while others delved into his ever-evolving visions, a la “Angels” and “Alive.” He set up a literal fourth wall, made of wispy white fringe, just to break it, pulling aside the heavenly strands to make it that much more of a one-on-one gesture for “Talk,” the main hit of his sophomore album about ~growing~ together.

He provided a casual, low-key energy (although nowhere close to lethargic) for the 120-minute performance because frenzied love wasn’t the vibe here. Instead, in the place of obsession is dewy-eyed adoration, reflected back at Khalid through the cameras of thousands of smartphones. The sides of the singer offered up are sincere and softhearted, but he’s not trying to be a charmer. (That’s precisely what makes him a charmer.)

Khalid’s version of the American Teen-dream is one that’s appropriately supersized. Where he could have cashed in on his own budding hype for his second album, raking jewels, drugs, and mouthy bombast into the mix, he remains the same maturing gentleman who first cooed about that oh-so-vital communication on “Location.” Apparently, an adolescence that mushroomed into fame hasn’t changed anything. Always the lover, never the fighter; that’s how this “free spirit” is destined to stay.