‘Scary Stories to Tell in the Dark’ Review: This will scare the crap out of your kids 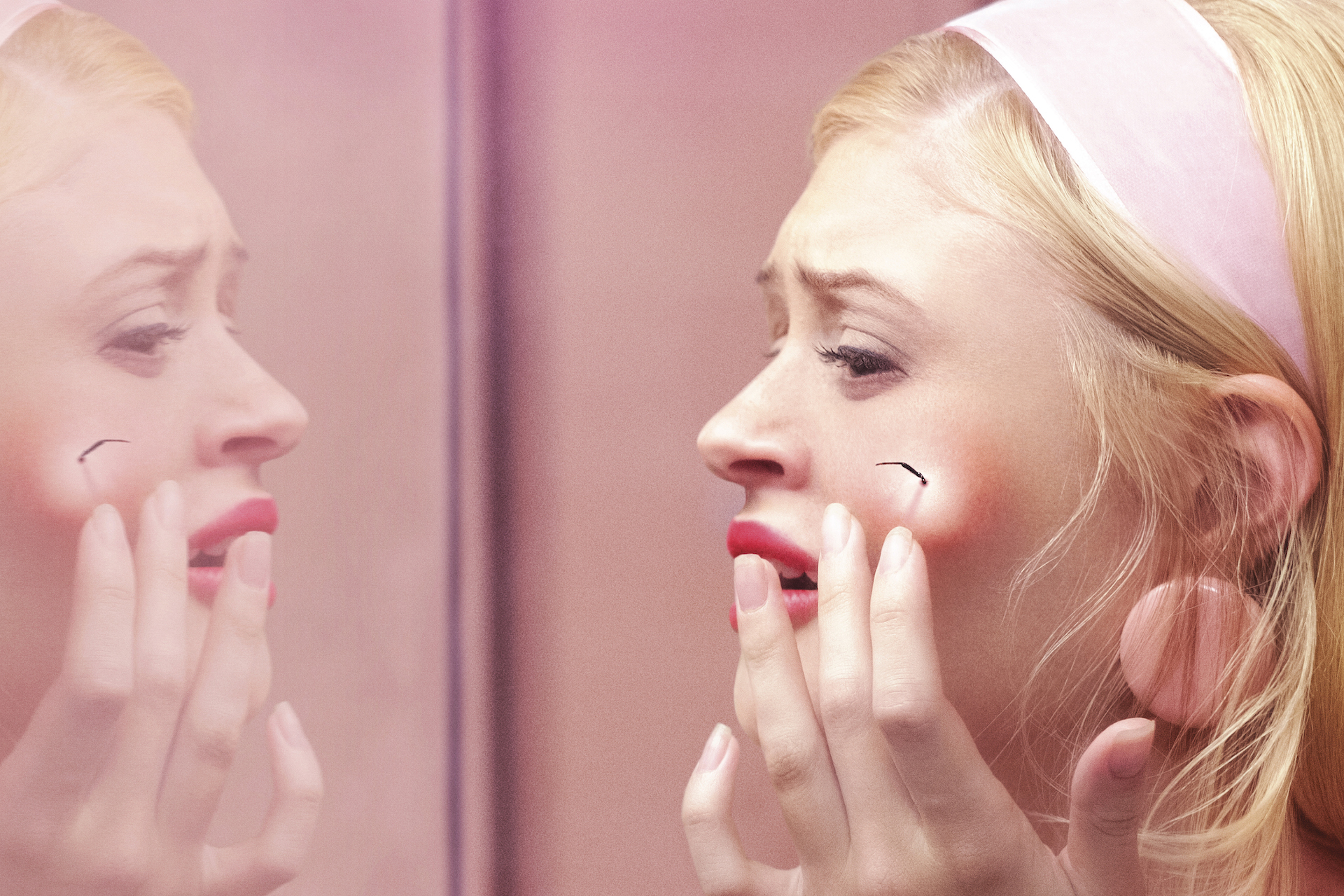 If you were a horror fan as a kid, there’s a good chance you read Alvin Schwartz’s Scary Stories to Tell in the Dark series back then, and there’s an even better chance that some of those creepy quick-reads made you either wet the bed from a nightmare or help you discover the basis for what your therapist would later tell you is called an “anxiety disorder.” Schwartz’s stories are about as beloved as a children’s book series can get, and the author most definitely understood what specifically scared the shit out of kids, and his collaborator, illustrator Stephen Gammell, created some iconic imagery for the series. Honestly, it was only a matter of time before these stories were brought to the silver screen, and you could do a whole lot worse than having a director like Andre Øvredal (The Autopsy of Jane Doe, Troll Hunter) behind the lens and a producer like Guillermo Del Toro on story duties. It’s the most recent attempt at creating a kid-focused horror series for the screen, behind Goosebumps, to which the framing device of this film owes a great deal, and it’s not that bad.

The film takes place over a couple of days in late October/early November 1968 — a somewhat odd choice given the fact that the series is most definitely a product of the ‘80s — and a small Pennsylvania town is gearing up for Halloween. All the jocks are getting their draft cards and high-fiving one another because they get to go to ‘Nam and shoot some commies, Nixon campaign posters are hung on the walls of shops everywhere, and Night of the Living Dead is still playing on drive-in screens all over the country. A group of picked-upon kids — horror nerd and aspiring writer Stella (Zoe Colletti), goofball loser Chuck (Austin Zajur), and nerdy Auggie (Gabriel Rush) — decide to take their revenge on Tommy, the jock who has made their lives a living hell. In fleeing his wrath at the drive-in theater, the three wind up in the car of Ramon (Michael Garza), a young Latino drifter who is passing through town, dodging the racist glances of the police chief (Gil Bellows). After ditching the bullies, the group decides to go check out a haunted house — the former house of the Bellows, the town’s richest family — and there they find a book full of scary stories penned in red ink and take it with them. Written by Sarah, the tortured black sheep of the family, the book begins to come alive and starts to steer the people in its orbit towards horrible fates.

Del Toro and his storytelling collaborators struggle with the framing story, from the characters, who never really feel as if they have any depth to them (this goes doubly for the comic relief characters), to the overall thrust of the story, which drags its heels through an overlong first hour. That’s not to say that there isn’t anything worthwhile here, though. There’s an initially interesting attempt to draw the doom and dread of Halloween ’68 to that of the present day — the impending election of a corrupt President, the erosion of the family unit, the seemingly-endless meat grinder that was the Vietnam War — and the inclusion of Garza’s character as one of the protagonists feels pointedly political, especially with how skeptical the small town is of him. Yet, the merger of eras feels inelegant, and the setting feels more of a reactionary response to the Conjuring franchise more than anything else, an attempt to lean into the uglier aspects of the era than to, say, emphasize its niceness (a feature of the series that people seem to fundamentally misunderstand). The resolution of the film is dark as all hell, though its sympathy for its monster may be misplaced — oh, how do I long for a horror movie that doesn’t ask us to feel bad for the ghost with a body count — and it ended up reminding me more of Super 8 than anything else when that awkward transition occurred.

That said, the film is compulsively engaging and watchable, and there’s some legitimately pulse-raising shit here. Øvredal is an incredibly skilled director — he’s capable of crafting tense and gross sequences that are as compelling as they are frightening — who is still in search of a truly good story to compliment his moment-to-moment skills. The strongest part of Scary Stories are the stories themselves, which are smartly rendered and are often viscerally disgusting in practice. There’s a ton of great imagery from Schwartz’s stories here for the Norwegian director to sink his teeth into: the toe soup, the jock’s transformation into a scarecrow, the black spider’s leg poking its way out of a swollen zit on a girl’s face. Øvredal’s also faithful enough to Gammell’s illustrations, here finding the balancing point between what the designs actually looked like and how an older millennial audience would remember them in the decades since they first picked up the books. All of these designs and moments are captured vividly by cinematographer Roman Osin, who it seems realized that these would be the moments for his reel and worked like hell to make them look great. The rest of the film, though? Not so much: it’s under-lit and often ugly, to the point where watching this on your average digital projector in certain parts of the country might a good chunk of the movie incomprehensible. For some, that might be scary, but honestly I just felt that I needed to book an optometrist appointment, given how blurry and ill-defined things looked.

That said, Scary Stories is sure to work like gangbusters for its true target audience: middle schoolers, not disaffected millennials looking for a nostalgic dopamine hit at the multiplex. It’s much scarier than the Goosebumps movies, which cut their meager scares with enough humor to make it palatable for grade schoolers, though it does lack the initial novelty of that concept or the character development of the first film in that series. What it lacks in character or “originality,” a nebulous concept in regards to adaptation anyways, it makes up for in straight-up fucking tension and a willingness to go to the places that other films for kids and teens refuse to go to unless they’re done in the most maudlin of fashions. I’d be very interested to see how a sequel — one less reliant on a framing story, though — would approach other stories in Schwartz’s volumes, and in a weird way, I guess that’s exactly what Lionsgate is hoping for here: it’s a proof-of-concept, a down payment on a franchise to come.