‘Dora and the Lost City of Gold’ review: No es bueno 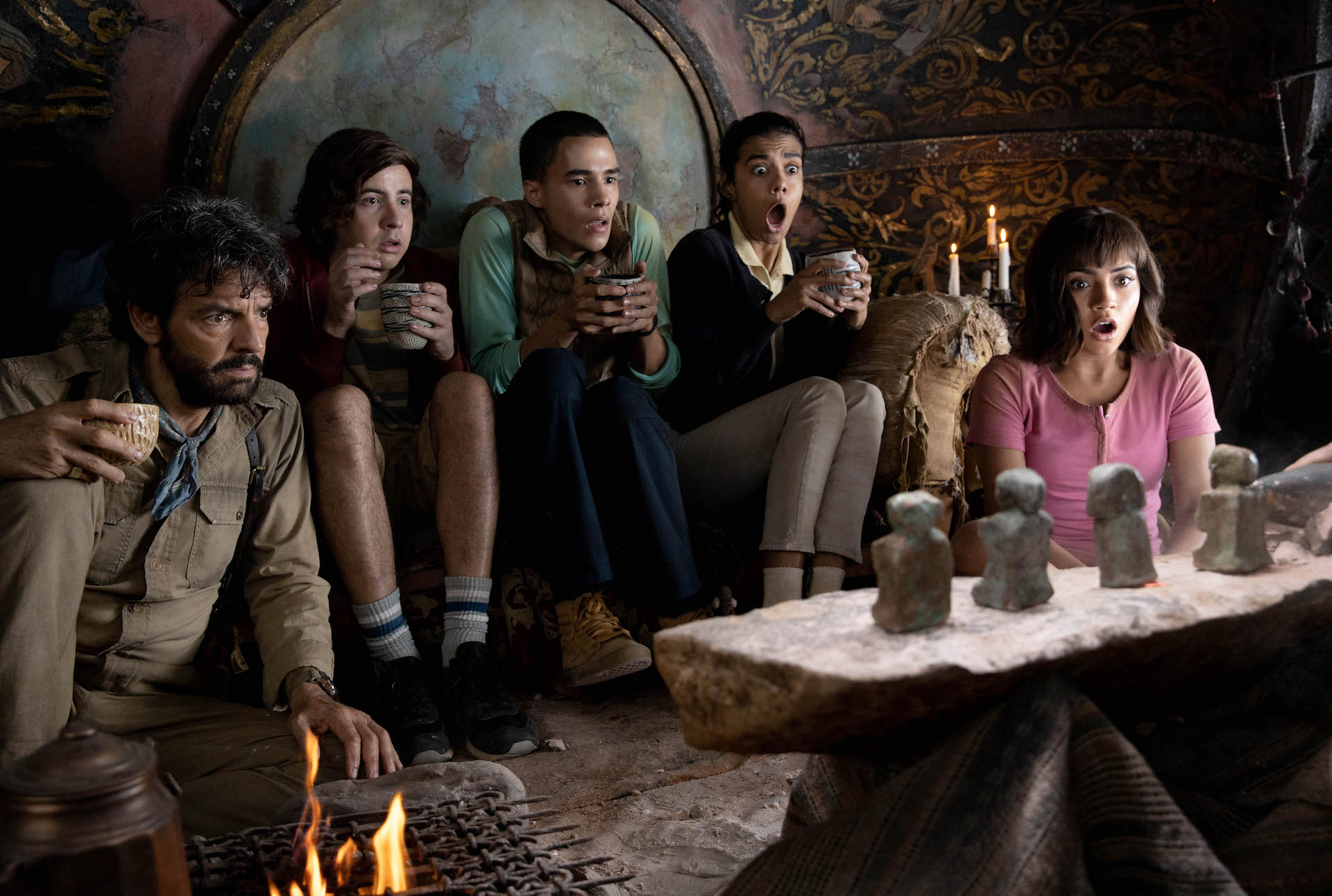 For all of the awful stuff that’s happened in the ‘10s to the mainstream cinema, one meager bright spot is that the ironic television adaptation has stayed pretty dormant for the back half of the decade. Sure, we’ve had shit like Baywatch and CHiPs, but the resounding failure of those two films felt like nails in the coffin for that particular brand of knowingly shitty comedy, whose prior successes, such as The Flintstones and The Dukes of Hazzard, were almost entirely due to IP recognition more so than any actual quality. But, as with every subsequent age, a whole new world of easy-to-exploit nostalgic properties is coming of age alongside the youths who grew up with them. The first episode of Dora the Explorer, the Nickelodeon cartoon intended to help teach preschoolers Spanish in the middle of the Nick Jr. block, aired back in 2000, and an entire generation grew up having multi-lingual adventures with the 7-year-old explorer every afternoon. So, as it stands, a live-action adaptation of it was almost inevitable in some form, the only major surprise is that James Bobin’s Dora and the Lost City of Gold is actually hitting theaters instead of winding up on some sort of Viacom streaming service. Given how cheap and strained it often feels, it wouldn’t be too much of a stretch to suggest that.

We begin many years ago, where a young Dora and her cousin Diego had frequent imagination-fueled adventures in the front yard of their Amazon home. The two best friends were inseparable until Diego moved away to Los Angeles to be with his mother, and Dora is heartbroken by the loss of her pal. A decade later, a teenaged Dora (Isabela Moner) gets news from her parents (Michael Pena and Eva Longoria) that they’ve discovered the location of an ancient Inca city, which they believe might be made of gold (they’re explorers, however, not treasure hunters, so the gold detail is really moot, all things considered). Dora, being the adventurous explorer that she is, assumes that she’s going with them, and she’s crushed when they tell her that she’s going to stay in the City of Angels with her cousin and extended family. When she arrives in the States, she discovers that high school life kinda sucks, and that the formerly happy Diego (Jeff Wahlberg) has been beaten into a husk of his former self by peer pressure and the desire to be “cool.” She’s quickly made into an outcast by a group of bullies and by Sammy (Madeline Madden), the haughty class president. Even worse, her parents have stopped contacting her as they’ve gone further and further into the jungle.

All of that changes when her class heads out on a field trip to a local history museum. Dora, Diego, Sammy and Randy (Nicholas Coombe), a nerdy kid who has a crush on the explorer, are all kidnapped by a shady organization of mercenaries looking for the very same treasure that her parents are searching the Amazon for. They’re shipped to the jungle, and are very nearly forced into helping the group find the treasure, but they’re rescued by Alejandro (Eugenio Derbez), a professor and friend of Dora’s parents who is desperately looking for them. So, the group — which, I should point out, is made up of almost entirely comic relief characters much like a Michael Bay-helmed Transformers film — head into the depths of the rainforest in order to find them and potentially make their way back to the states. Along the way, they’ll dodge the mercenaries, quicksand, poisonous frogs, swiping foxes, and an ancient order of guardians dedicated to preserving the lost city from prying eyes.

Bobin, who began his career working on Flight of the Conchords for HBO before helming the 2011 Disney-produced Muppets reboot, was, on paper at least, a solid choice to helm this adventure-comedy-musical hybrid. Indeed, the few minutes that come alive are involve music: There’s a very fun and goofy dance number at the end of the film, and Moner’s little songs that she hums to herself throughout are endearing, if nothing else. But Bobin’s not particularly good at dealing with action or special effects — one need only look at his last project, the disastrous Alice Through the Looking Glass, for proof of that — and the film relies on both, though comedy is where the emphasis lies. The former takes the form of a number of uninteresting puzzles, mainly intended as fodder for our characters to riff on when they’re not directly cribbing from the Indiana Jones playbook (seriously, the third act of this film is straight-up lifted from The Last Crusade). The CGI creatures are horrifying, especially Boots, Dora’s pet monkey, might be one of the creepiest digital characters to ever grace the screen of a major blockbuster. Seriously, he’s Sonic-level scary here, due to the film’s insistence on “realism” when they don’t have the cash to make it look that way.

All that said, if Dora and the Lost City of Gold was funny, it’d go a long way in smoothing over some of these faults. Aside from Moner, who gives a wonderfully committed performance (she’s got an ebullient enthusiasm that is honestly infectious), there’s not very much here that will amuse anybody over the age of twelve. That’s not to say that the film is made up of only fart-and-burp jokes — indeed, the movie would probably better if it was! — but it is to say that its particular brand of fourth-wall breaking recognition-based irony is weirdly immature in comparison to even something like George of the Jungle. The reoccurring gag in which Dora speaks to the audience and asks them to pronounce a complex Spanish or English word is cute at first, but runs out of stamina quickly. Its parody of high school culture would have felt well-worn had the film come out a few months after High School High back in ’96, and its single best laugh comes from a Michael Pena beatboxing scene. To be fair, there’s some decent points made about the legacy of colonialism in the Americas and in archeology as a whole (a sentence I never expected to write, all things considered), and it’s wonderful to see this mostly-Latinx cast on screen, but the film never becomes worthy of the capital-E Event status that its makers want it to be.