Chris Fleming draws inspiration from the strangest of places 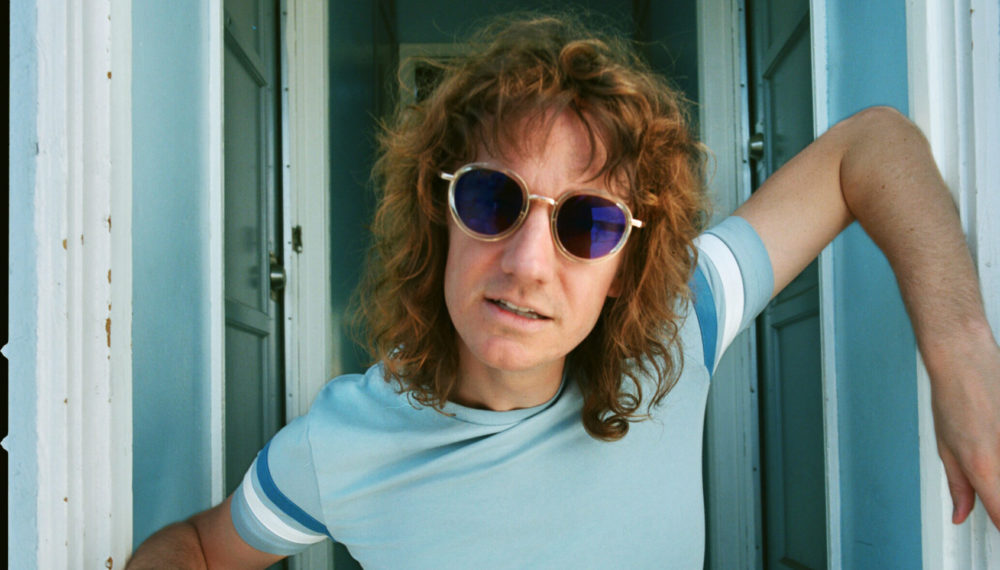 Chris Fleming has never been one to keep things normal, and we mean that in the best way possible. Now, with some new music and a passion-project puppet in tow, he’s cranking the “strange” to 10.

The bespectacled YouTube standout brings his latest artistic endeavor, A Strange Mess, to WBUR CitySpace on tonight (August 1), so Vanyaland took a moment to catch up with the Los Angeles-based comic ahead of the show to see how’s he feeling about the new material, where he got the inspiration for the new concept, and what he’s looking forward to most about coming back home to Massachusetts before hitting the stage for a sold-out crowd.

Jason Greenough: You have A Strange Mess coming to WBUR CitySpace. How are you feeling about bringing this show to a hometown crowd?

Chris Fleming: I’m still very muchso in the planning stages with the show, so I feel like it would be a little perverse to be excited just yet, but I never really feel excited before shows, especially when they’re new. I just did a four-day music retreat with a guy I make music with, so we’ve been working on a lot of instrumentals, and now it’s time to turn those into concepts. But there are also things that I’m excited to bring to the show that are complete. I feel a little allegiance to LA when I do new shows there, so when I’m working on something new in LA, often times, I don’t feel like I need to give them what I feel the pressure of in Boston, because everyone just kind of smiles in a kind of sweet and familial way, and if I let them I down, I would be absolutely catatonic.

Although the show is only in the planning stages right now, how will it differ from Showpig?

I actually have a new hour that I’m about to release that I toured with after Showpig, and that was more stand-up, with two songs that I’ve released online, Wildly Unlikeable Guy and Grad Student Shuffle. The genesis of this new show is from a time when I was at a movie theater, and the usher was blocking the door, and when I asked him if we could go in, he said “no, sorry, there’s a strange mess in there,” and that really resonated with me, as I tried to imagine what that strange mess could be, and why someone would speak like that.

The way the guy said it sounds just as, if not more suspicious than the reason he gave you.

Exactly! That’s what I love about it. The imagination, or the abstract concept of that is just so much more wild than what it possibly could have been. It almost sounded like an Area 51 situation. Then they came out with this giant trash bag that had this orb in it, and they were carrying it out Kris Kringle-style. I think it may have been slightly pulsating or moving a little bit. That encounter was one of my most lethal encounters of recent times, so I’m kind of trying to use that as a jumping off point.

I’m looking at this show as moving more towards absurdist sketch, absurdist characters and music. We’re working on some anthems, and we have a band right now with LaQuandra Seymore, who we had on Wildly Unlikeable Guy. I was also inspired by a clip of Billy Joel singing Uptown Girl at much too quick of a tempo at Wembley in the seventies, and he just has his friends clapping into a microphone for percussion, and it’s just absolute chaos. That was another inspiration, if that makes any sense. They’re just these little things that inspire me to curate a tone.

All of those influences kind of play into the name of A Strange Mess, too. I think the mish-mash of inspirations will make for a more interesting, stream-of-consciousness show, as opposed to a more rehearsed show.

For sure. I love doing stand-up for a five-hundred capacity room or even close to a thousand, but once you get above a thousand, for me at least, you have to be an absolute sociopath to feel okay just doing stand-up in those rooms, so I’ve found that while I’m preparing for the bigger rooms, I want a lot of kind of anthemic songs and synth ballads, and just these powerful, ridiculous songs. That’s what we’re working towards.

Right on! What has been your favorite part, or the most rewarding part, of putting this show together so far?

I’ve been working on this one character, a puppet called DePiglio. He’s been a passion project of mine for several months, with a lot of trips to Jo-Ann Fabrics. DePiglio is kind of like a dog, but a lot more demonic, and he always appears a hundred yards away and begins to chase me from a hundred yards away. For me, I think DePiglio has been what I’ve been most connected to. Oh, and sometimes, he wears a bucket hat.

What are you looking forward to most about coming back home? Not even in terms of the show, but just in regards to returning to old stomping grounds?

Well, I’ll be driving from Montréal after doing Just For Laughs, and I love crossing the border. I don’t know if you’ve ever driven over the border from Vermont into Montréal, but things become very french, very “hon-hon-hon,” very quickly. It’s very immediate, and it almost seems like they’re role-playing as Europe, like they got their hands on an old Amélie DVD from 2003. Okay, I’m really leaning into that one.  I just really like making that drive. But coming back to Boston, I come back quite a bit to see family, but I think what I’m most excited for in the city is Veggie Galaxy in Cambridge. I have simple pleasures. I’m all about Veggie Galaxy and Kung-Fu Tea in Davis Square.

Sounds like a grand time to me, man. Do you have any other projects you’re working on, aside from that new hour that you’re about to release, that you can let people in on?

There is one I’m working on with the guys who do Corporate on Comedy Central. We’re developing a show together, and I’m really excited about it. That’s pretty much all I can say about it right now, though.