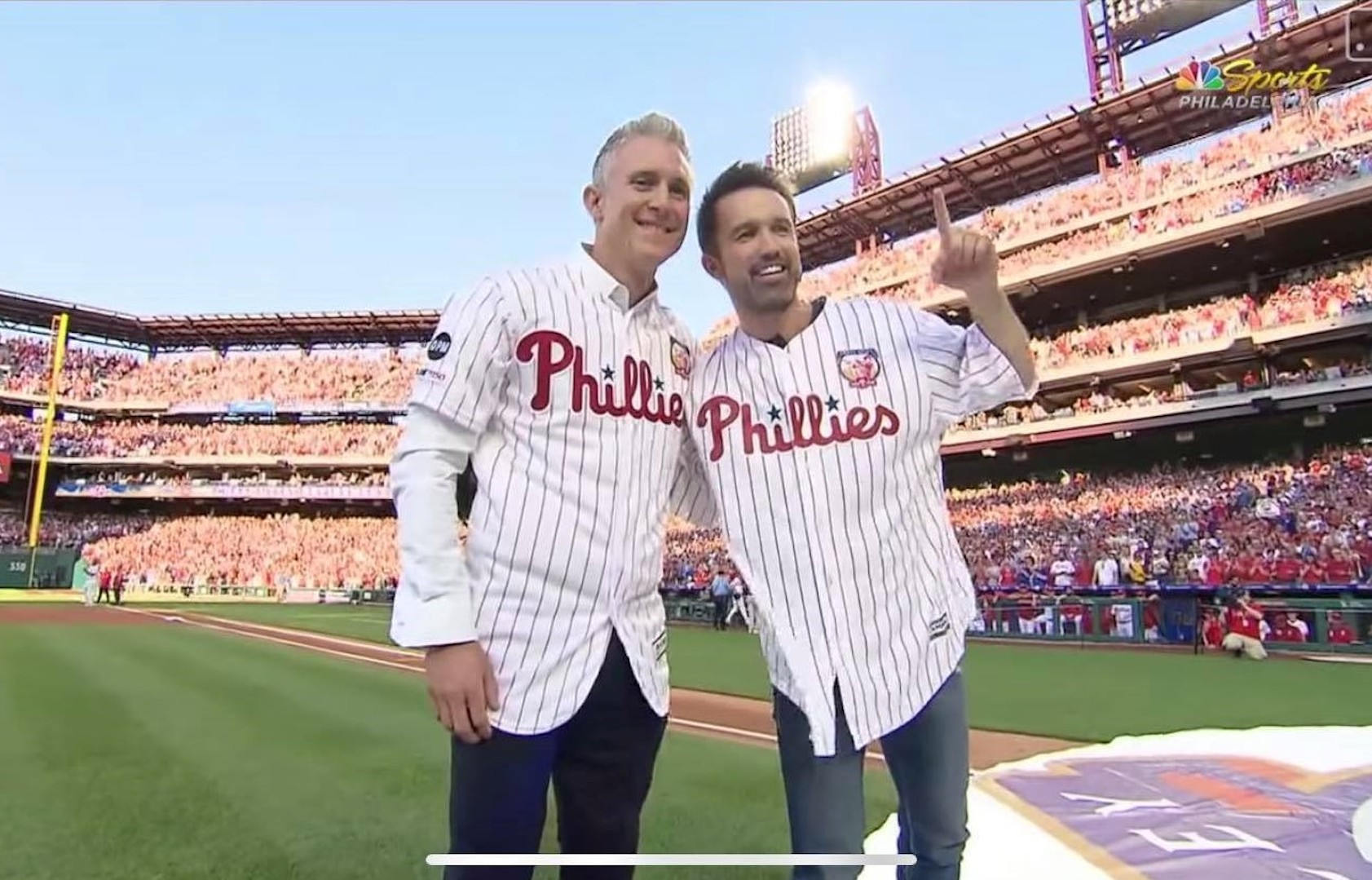 Philadelphia may be the city where Bryce Harper’s power stats this season have gone to die, but last Friday night (June 21), it was where dreams came true — at least for both former Phillies second baseman Chase Utley and It’s Always Sunny In Philadelphia creator Rob McElhenney.

Before first pitch on Friday night against the Miami Marlins, the Phillies held a ceremony for their legendary player, celebrating his retirement after 15 years in the major leagues — 13 of which being played at Citizens Bank Park. Shortly before gametime, Utley took the field to throw out the ceremonial first pitch, and was greeted by battery mate and Phillies superfan, Rob McElhenney.

For Phillies fans, this was cool to see. For Sunny fans, this event may carry a bit more significance.

In the Season 5 episode, “The World Series Defense,” McElhenney’s character, Mac, wrote a hilariously cringy letter to Chase Utley, and had failed to get a response after numerous attempts to reach the former superstar.

In said letter, Mac expressed that he wished to “have a catch” with Utley, and while there is enough absurdity in the show to separate McElhenney’s character in the show from his love for Philly sports IRL, there was no visible discernment between the two as McElhenney stood at home plate, urging the crowd’s applause to be directed towards Utley, before they embraced after the toss.

We’re still not sure whether Utley was impressed by Mac’s speed or not, but one thing that is for certain is that this was a cool fucking moment to see. Watch it unfold below.