Through The Sands of Time: Exploring Adam Sandler’s lesser-discussed films 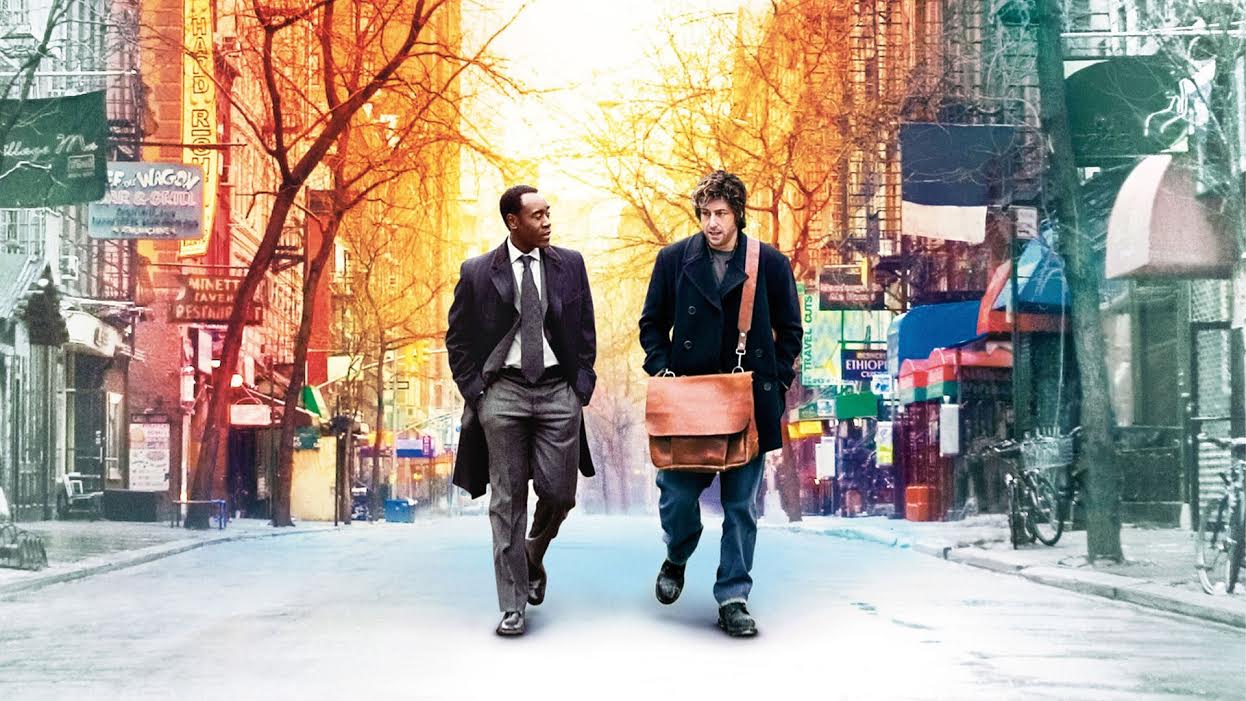 The iconic comedian and actor makes his way to Mansfield tonight for a tour stop, so we wanted to mark the occasion

It’s not a hot take in the slightest to say that Adam Sandler is one of the most iconic comedic voices of our time in the realms of TV, film, and stand-up comedy. But what might be a hot take is how some of his best films found in his 60-plus credits are the ones you wouldn’t find in the same conversation as The Waterboy, Happy Gilmore, Billy Madison, Big Daddy, Grown Ups, or The Wedding Singer.

As the Sandman makes his way to Mansfield’s Xfinity Center tonight (June 19) as part of his 100% Fresher tour, we wanted to celebrate the work that the New Hampshire native has put in, aside from his more iconic roles, to maintain his legacy as a gatekeeper of comedy over the course of his more than 30 years in front of the camera, in the director’s chair, and in the writer’s room.

Some of the films we want to highlight, in no particular order of preference, are cult hits, some were absolute flops, and some were even huge box office hits in their own right at the time of their release. But nonetheless, they’re oftentimes overshadowed by the ghost of Bobby Boucher, even though they are all uniquely Sandler, and showcase the wide range of acting chops, both inside and out of his comedic genius, that he’s fine-tuned over the years.

The first film on our list is the first of Sandler’s career that showed his deeper, more dramatic side. Playing the lead role of Barry Egan, a depressed and lonely novelty item salesman who finds solace in love, Sandler balances the more serious and dark matter with a sprinkling of his signature quirkiness, which makes for a great mixture of heart and humor in Sandler’s first serious role.

When you’re working next to Jack Nicholson, you gotta be a straight shooter — and Sandler brought some of his best Sandler-y stuff in this one. Returning to his usual climate of dealing with childhood bullying and childish humor, and becoming a self-loathing and angry adult, Sandler may have stuck to a familiar script, but this is without a doubt one of his best roles. And when it comes down to it, who doesn’t like themselves a good old-fashioned monk brawl with John C. Reilly?

Sandler’s inaugural film of the 21st century is a cult classic in the realm of Sandler fanatics. Using the premise of the fight between good and evil as the vehicle to deliver his usual ingredients for being the misunderstood romantic who always gets the girl in the end, Sandler shows that even when you yourself are satan’s favorite son, true love is always attainable. The idea alone is comical, and having Ozzy Osbourne come to your rescue at the climax of the film is just unbeatable in so many ways.

With Sandler’s most recent showing on this list, we cover a new flavor added into Sandler’s acting approach — the washed up former champion of something, who didn’t make it as far in life as his childhood acquaintances, but is later called on to be the film’s hero. It’s not hard to admit that Pixels would be nauseatingly cheesy if it weren’t for the nostalgia that oozes from vintage video game titles. The vehicle for the plot is what makes this film a hidden gem, and while Sandler’s formulaic approach doesn’t help this film stand out from the rest, the idea was cool, and Sandler’s ability to maintain his juvenile screen presence after all these years is commendable.

Hot off the success of Happy Gilmore, Sandler teaming up with Damon Wayans made for a funny flick, whether Rotten Tomatoes thinks so or not. While not harboring a novel idea, as an undercover cop becomes emotionally attached to a perp he has in custody, the comedy duo of Wayans and Sandler is undeniably powerful, and the shenanigans that take place throughout their journey make for a truly enjoyable hour and a half. Change my mind.

Sandler’s first attempt at stardom outside of live action film roles has become a Chanukah staple for many over the last 17 years since its release, and has even somehow become a holiday tradition for folks outside of the Jewish faith, as well. Maybe it’s Sandler’s multi-faceted voice acting, or the fact that Whitey Duvall is lovably cringy with his sickeningly optimistic viewpoint of the main character, Davey Stone, or maybe it was the Port-a-Potty ride — whatever it was, Sandler proved with this instant classic that his genius is transferable, and once again, that his musical talents are no joke.

The star power in the cameos alone make this film a fun time, but the main plot is rough and a bit of a downer, at least in terms of what we’re used to seeing from Sandler and writer/director Judd Apatow. With Seth Rogen’s always-lovable stoner friend viewpoint serving as a supporting role in the film, Sandler’s role as a terminally-ill stand-up comedian adds yet another layer to his acting abilities, and shares a healthy balance of the jaded and frustrated attitude he’s brought to the silver screen, and the fairly recent approach of being a semi-serious actor for a bit. And Eminem threatening to fuck up Ray Romano always makes things better.

Remakes aren’t always great, and trying to recreate the magic of a Frank Capra film is arguably futile, but as Longfellow Deeds, the owner of a New Hampshire pizza shop and the grandnephew of a multi-billionaire, Sandler shows his ability to be a goofy kid again in this Richie Rich-meets-Jordan Beaumont tale of absurd decadence and fame, and in the process, create a worthwhile modern retelling of the original story. It was a huge financial success in the box office, and while it garnered a few Razzies along the way and largely bricked with critics, it’s enjoyable brick at that, and should still be appreciated in its own right for what it tried to accomplish.

Even in a supporting role, Sandler’s star power helps to drive this metalhead flick alongside Brendan Fraser and Steve Buscemi. It’s every band member’s dream to have their song played on the radio, and while the far-fetched nature of the film is what makes it so outrageously funny, as does an appearance by Chris Farley, who hasn’t held a radio station hostage until their demo was played? Not you? Well, you probably didn’t want it hard enough, and that’s why the Lone Rangers’ Live in Prison album went triple platinum.

Opposite Don Cheadle, Sandler’s role in this heart-wrenching deep dive into the psyche of a New Yorker forever grief-stricken over losing his family in September 11 is top-shelf. Playing on the title of one of The Who’s biggest hits, and employing the track in the film, not only are Sandler’s dramatic acting chops pushed to the absolute extreme, but his musical talents also shine through as he and his old school buddy jam out to Springsteen in one of the many scenes that make you forget that Don Cheadle is still the main character.