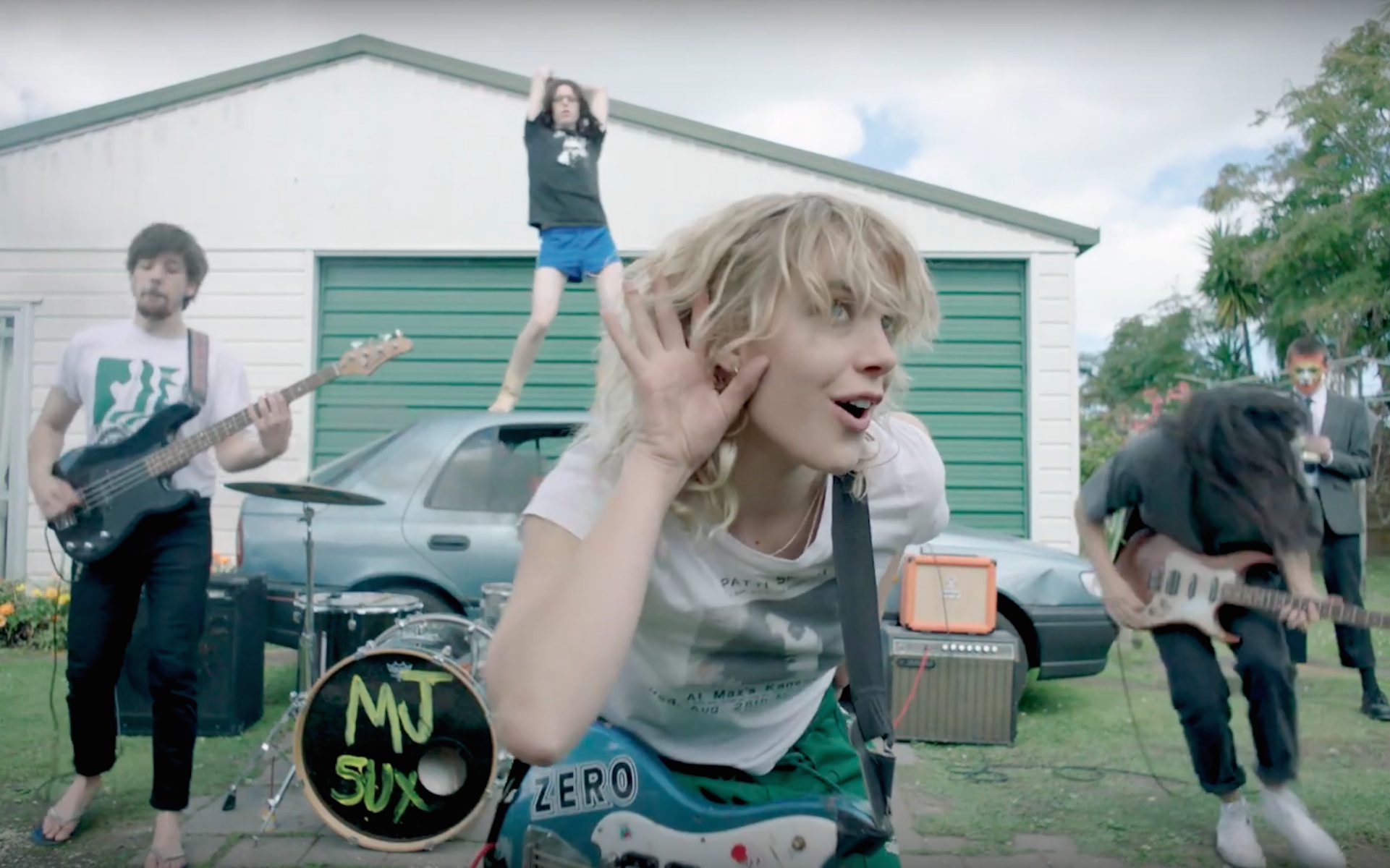 So hey, is this the best song of 2019 or what? Don’t even worry about answering that question right now, just hit play on Miss June’s searing new single “Best Girl” and try to decide which wall you’re gonna run through.

The latest offering from the fiery New Zealand guitar-rock band (composed of vocalist Annabel Liddel, guitarist Jun Park, bassist Chris Marshall, and drummer Tom Leggett) is a full-fisted jolt of beautiful aggression, propelled by an instantly-memorable sing-shout chorus of “It’s a bad luck party / And nobody wins but me” that we’ll have lodged in our heads long after our Best of 2019 lists are due come December.

Miss June say “Best Girl” is “an anthem for anyone who has been misled from birth, into battle for a spot that doesn’t exist.” They just signed to Frenchkiss and this single reportedly gets an official 7-inch release on June 10. Make sure you acquire one of those when you can, and watch the Ch’lita Collins-directed video, which also clocks in nicely on the riotous scale, below.

Later this month, Miss June will play a trio of shows in New York City (June 17: Elsewhere in Brooklyn; June 18: Berlin in NYC; and June 20: Brooklyn’s Union Pool) and a pair across the country in Los Angeles (June 21: Punky Reggae Party in La Cita; June 24: School Night Party at Avalon).

Soon they’ll be playing everywhere. And it’ll be a party where everybody wins.