By Jason Greenoughon May 28, 2019
ShareTweet 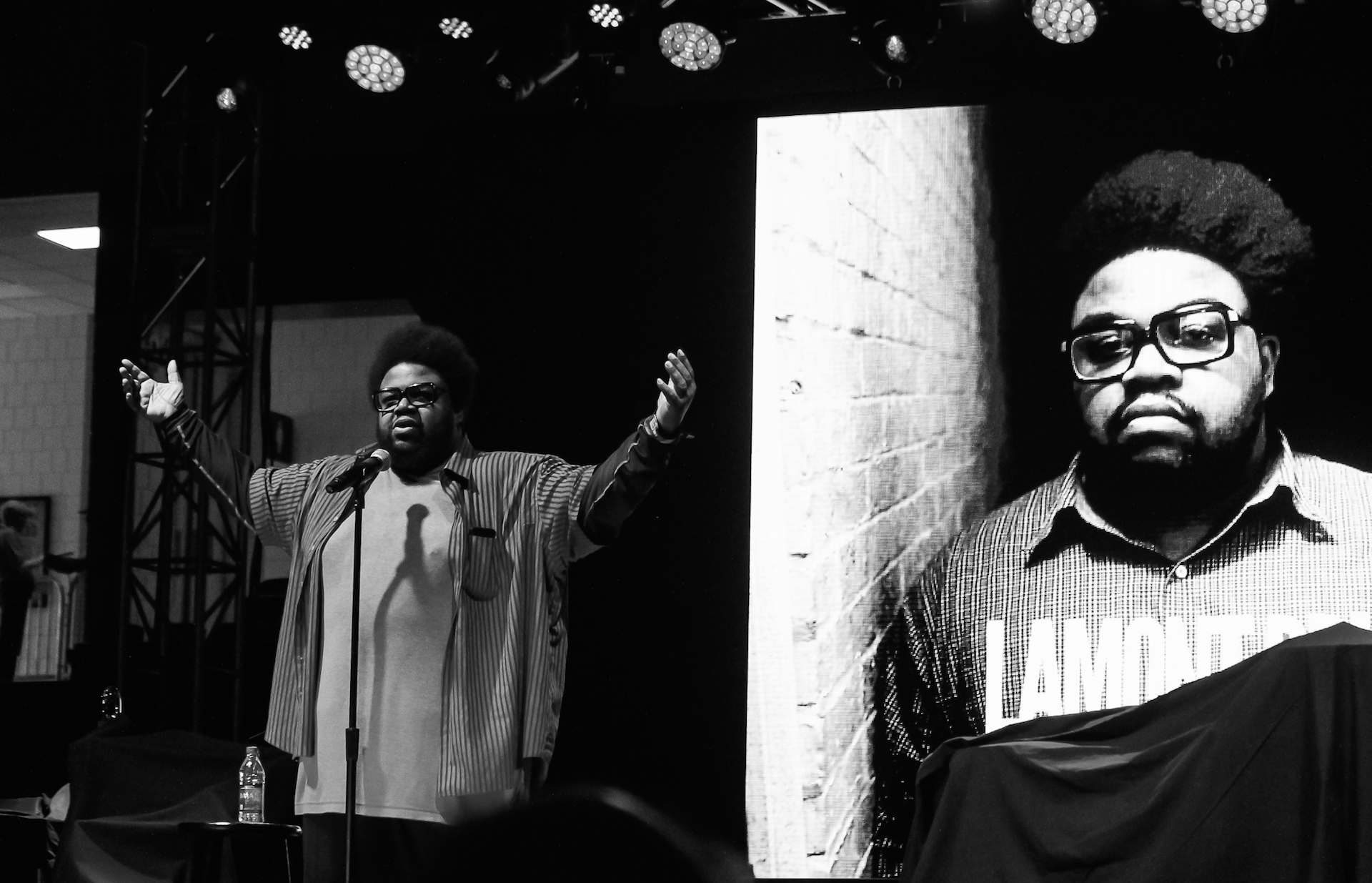 The Big Takeaway: The Dorchester native batted leadoff all weekend, setting the tone for who and what followed

As you may have gathered from our extensive coverage of Boston Calling this weekend, the stand-up comedy that set up shop on the Arena stage packed a big-league punch. Whether they were local or internationally recognized, the comedic genius that permeated the Bright-Landry Hockey Center was received swimmingly, and a lot of that has to do with the weekend’s emcee, Lamont Price.

The Dorchester native, who made his Boston Calling hosting debut back in 2017, returned to his hosting post this year, and while warming up the crowd for the comics that followed him over the course of three romp in Allston, like Fred Armisen, Sam Jay, and Melissa Villaseñor, Price simultaneously set in stone just why he’s so respected in his city and beyond.

On the last day of the festival, we caught up with him to talk about the weekend, and see what he took away from absolutely crushing it in a room of 5,000 people.

Jason Greenough: This was your first full-weekend hosting gig with Boston Calling. How did this year stack up against the last time you emceed one night in 2017?

Lamont Price: The performances are always fun, and the crowds are always into it, so that’s one thing you can appreciate from a festival atmosphere. When you have the arena setup, people want to go in there and see what they want to see, instead of just wandering outside. It’s a specific destination. Performance-wise, it just as good, but it could be better. It’s always progresses, and it’s always a good time. I guess the only difference between the two years is that it just keeps getting more and more fun.

So how does it feel to be asked to come back in this capacity? Do you feel like it speaks to your artistry and your craft?

I hope so. But the truth is, I have some pictures of [festival co-founders] Mike Snow and Brian Appel, so they have no choice but to keep bringing me back. [laughs]

You’re no stranger to emceeing gigs. You’ve hosted your own shows all over the city over the years, but how did the hosting gig this weekend stack up against past hosting gigs you’ve done before?

I mean, who gets to perform in an arena? As a comedian, it’s a rare thing. It’s a much different idea than a comedy club, because at a club, you understand the acoustics of the club, and you can hear everything. An arena is just so big and wide, and you have to play it differently, it’s a real adjustment, but it’s also a fun adjustment. There are 5,000 people in there, and I’m just playing percentages here, but if I get 2,500 people to laugh at something, I’m killin’ it! In comparison to anything I’ve already done as far as comedy clubs, or bars or whatever, it’s night and day, and the scale of it is so just so wide and ridiculous. I mean, they’ve got a big goofy picture of me up there. It’s dope as hell, man.

Was there any deliberate preparation for the weekend, in terms of getting material together for this purpose? Or was it just business as usual for you?

The material is always going to be the material, but I might mix it up a little bit [Sunday]. Hell, I might go up there and say nothing, and do some performance art, or I might break dance. Fuck it! It’s my stage! [laughs]

Your Aunt was sitting in the front row on Friday. Was there any added pressure to the performance with family there?

Nah. My family is ruthless. You gotta understand something about my family, if I’m being completely honest, I’m probably the 15th-funniest person in my family, and that’s me being bias toward myself. My family is hilarious, and they take no prisoners. In other words, I survive Thanksgiving. They will roast you for anything, doesn’t matter. You could have a broken leg, and they’d roast you for it. Anything I say, I learn from them.

What are some of your takeaways from this past weekend?

Any time I do anything like this, or any of the festivals I’ve done here or elsewhere, performances are always going to be the performances. Everyone is always going to go up there and do what they do, and when you do it as much as we do our thing, it becomes a blur. What you take from something like this are the memories of the relationships. The people you haven’t seen in awhile, the new people you’re meeting for the first time. That’s what’s so fun about this. It’s like summer camp. That’s what I remember about things like this. It’s to the point where I want more of it, but I also don’t want to get used to it, because that magic might go away.

Has the thought of being representative of the city’s comedy scene to travelers coming from out of town to the festival crossed your mind at all?

No, but it’s not as cold as that. I’ll tell you why it hasn’t crossed my mind.

I rock with my city. I’m from Boston, specifically Dorchester, so I specifically rock Dorchester, but my performance has to travel, so I can’t worry about a specific crowd or what they think of me. So when a crowd comes in, they’re going to get me, so I have to worry about representing myself a bit more. If I look at a crowd and feel like I have to adhere to hem, then I lose me. They won’t be here tomorrow, so I gotta continue being me, and I don’t put any of that kind of pressure on myself. It’s unnecessary.

You have to be you more than anything else. You can’t represent anything until you represent you, because they aren’t going to believe of that other shit unless they believe you first. In stand-up, if they don’t believe in me, there’s nothing that I can say that they’ll believe. So, I have to let them know that they can trust me at the top, then after that, I can tell everybody that I was smoking weed with Bigfoot last night, and they’ll know it’s bullshit, but they’ll ride with me. Once I rep me, then I can rep everything else, but you gotta do you first.