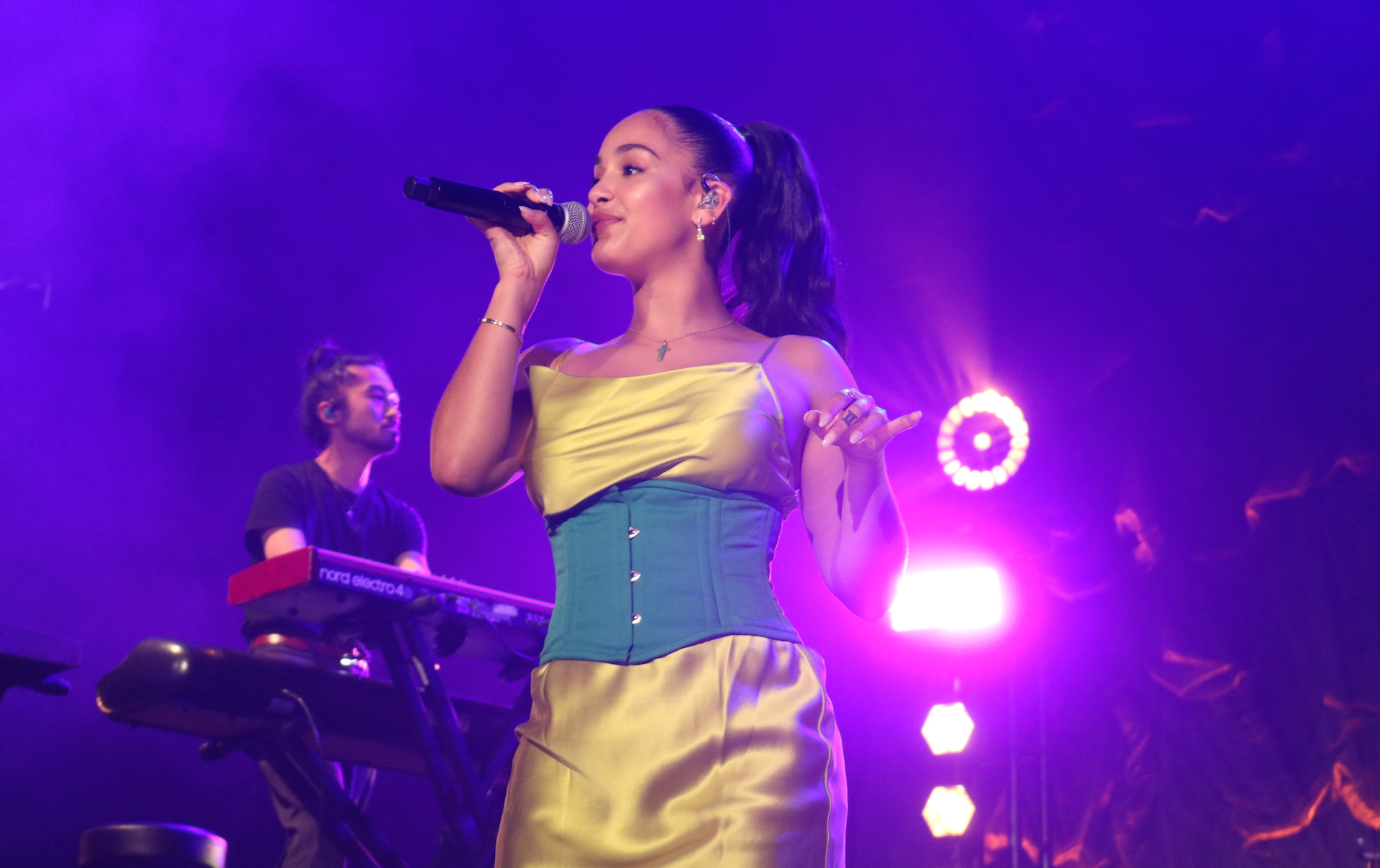 When Kali Uchis rolls into town, she comes to collect: those $100 bills, your undying love, and your adoration in the form of sequined outfits mimicking hers.

And the Colombian-American singer raked in all of the above last night (May 1) at Boston’s Agganis Arena, alongside her sister in soul and co-headliner Jorja Smith. On their 2019 North American tour, the worldly 20-something women tag-team in the art of allurement — Smith cooing with the caress of a mellow breeze, while Uchis ignites her musical dynamite underneath her stilettos.

The Commonwealth Avenue arena, usually filled with riotous anthems from hockey games or other or arena rock bands, swelled with another kind of triumphant hymn last evening — a feminine, self-affirming one that trades overt aggression with confidence via sensuality.

Back to back, Smith and Uchis’ joint show proved to be a manifestation of the power moves they put forth last year in their respective records Lost & Found and Isolation.

Of the two, Smith presented herself as the more demure act; her presence is low-key, but her vocals are energized, like when she spit “On My Mind,” her 2017 collab with Preditah. More often, though, her lax aura beamed through her performance, even when waxing socio-political on “Lifeboats” (“If there’s a reason we can stay afloat? / Why do we watch them drown? / We’re too selfish in the lifeboats”) and “Blue Lights” (“There’s no need to run / If you’ve done nothing wrong / Blue lights should just pass you by”). Somehow, even matters of police brutality were painted in gentle brushstrokes when coming from Smith’s lips.

When Uchis took over, though, she cast any and all subtlety aside, placing herself on a literal (and well-earned) pedestal, full glitz intact, spinning like an empowered model on a showroom floor.

Her lyrics sketched out details of a life on the run and amorous encounters (hello, “Your Teeth In My Neck”), but even if they hadn’t, her body language spelled out the nitty-gritty with every sashay and suggestive hip flounce.

Her act plays into her swagger as a tantalizing temptress, one moment informing you that you’re dead in her book (“Dead To Me”), and covering Radiohead’s “Creep” the next, as if it’s the most natural thing to do in her sultry lounge setting.

“But why would I be Kim, I could be Kanye?” she ponders in “Miami,” a particularly provoking thought that frames the entirety of her prowess in Isolation. The song didn’t make the cut for last night’s setlist, but the more Uchis married whipsmart wordplay with the appeal of a world renowned sex symbol, the answer to her hypothetical remark became all the more evident: She doesn’t have to choose.